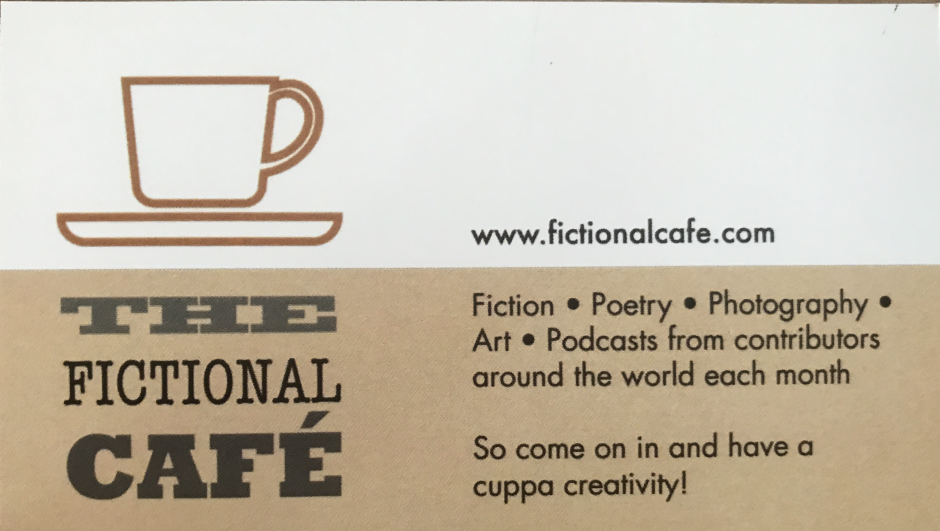 We’re very pleased to announce Ruby Fink’s promotion to Associate Editor of Audio Arts. Ruby began working with Fictional Café in the fall of 2016. We published her “Mickie McKinney, Boy Detective,” podcast series, which she wrote, directed and managed to get produced by bribing the actors with pizza. “Mickie” ran serially on FC in 2017.

Ruby studied Film Production at Chapman University’s Dodge College, with a minor in Narrative and Dramatic Literature. She has her own production company, Faux Fiction Audio, in L.A.

We offered Ruby the podcasting baristaship shortly after running the Mickie McKinney series, and since then she has been a major FC contributor and collaborator. She has brought us – and you – audio works from Jack J. Ward’s Electric Vicuna Productions, Kennedy Phillip’s “Magus Elgar,” M. “Josh” Donnelan’s “Six Cold Feet,” Kurt Clopton’s “Superguy,” and so many others.

Because of her love for and commitment to the Fictional Café, we’ve promoted Ruby to Associate Editor, Audio Arts. She’s an artist for all seasons and reasons, writing her first novel, scripting her own podcasts, working with her Faux Fiction clients to develop the scripts, characters, and sound design, then producing their podcasts/audiobooks. In the time left to her, she rides her bike and teaches karate to children.

Thank you for your unselfish work here at the Café, Ruby. May you succeed at all you do.