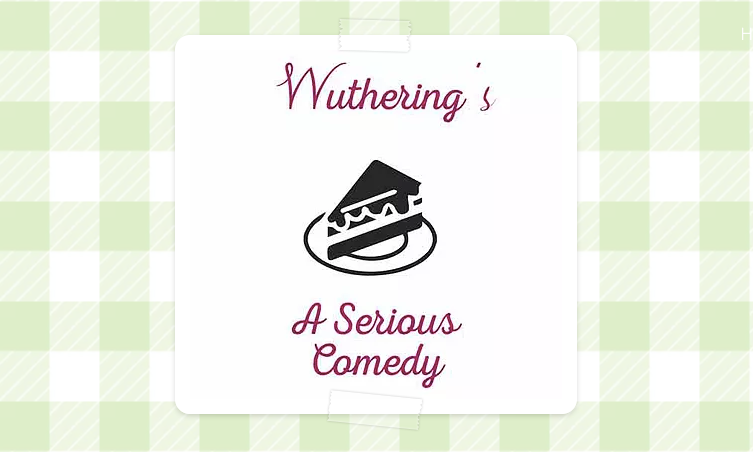 Hi, Podcast Fans! Last week our podcasters were from Australia. This week, they’re from England! Having creative people who present their work from around the globe is awesome for us, and awesome for you, too! This is a double treat for Fictional Café because tonight’s podcast, “Wuthering’s” is set in a fictional café as well! In the auteur’s own words:

Herewith Season One, in six episodes. They’re each under half an hour, so imbibe as you wish, all at once or at your leisure. Wuthering’s is Classic British humour, so enjoy, you blokes!