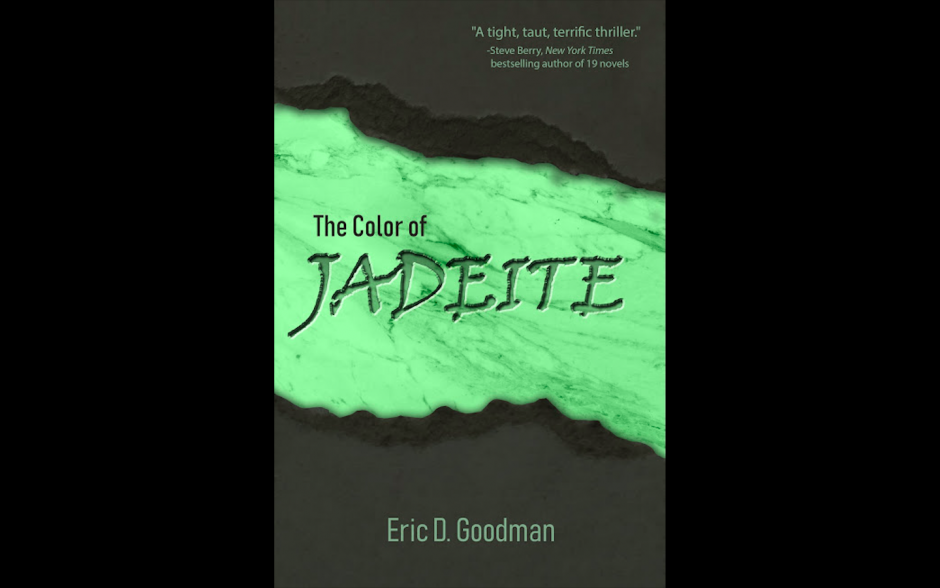 Editor’s Note: Being in the publishing industry, I’m fortunate to regularly meet talented writers and artists. It is sometimes an instant connection and other times a bit of serendipity. In the case of Eric D. Goodman, it was the latter.

A year ago, we published a novel excerpt by Eric, called “Traffic Report,” from Setting the Family Free about a horde of animals unleashed on an Ohio town. A few months later, we published a collection of poems by Charles Rammelkamp and I got to chatting with Charles. While looking up his forthcoming novel, Catastroika, I noticed a familiar name. It seems that Eric had written a blurb for a review of Catastroika.

Intrigued, I reached out to both authors and found out that they were actually longtime friends from Baltimore! What’s even more interesting is that they both stumbled upon FC independent of each other and neither was aware that we’d featured the other on our site. Thus, began my dialogue with Eric D. Goodman. He sent me a link to his novels and The Color of Jadeite caught my eye with its espionage woven within the historical context of ancient China. To bring this story full-circle, here’s my review of Eric’s new novel.

The Color of Jadeite

As I began reading the novel, I was instantly hit with another nugget of serendipity: it takes place in my home of Boston. Chinatown, to be specific. An area where I’d spent a good deal of time in my 20s. Of course, I read with a skeptical eye for inaccuracies. I was pleased to find that everything checked out and was excited to be taken on a journey through this small foreign land in the heart of downtown Boston. It may seem like a small thing, but it was important to get those initial details right, as this story was about to migrate to an even more exotic land: actual China. Trusting my tour guide, I was able to immerse myself in this story of backstabbers, riddles and treasure hunting on a frenetic romp throughout the massive Asian country.

The novel follows Clive Allan, a private eye who stumbles upon an ancient mystery he can’t help but pursue. Enlisted by a suspicious Chinese businessman who deals in antiquities, Allan and a few of his friends are flown to Beijing to recover the ornately carved Jadeite Tablet created by none other than Emperor Xuande of the Ming Dynasty, who ruled over 600 years ago. The tablet, previously housed in a private collection, was carefully hidden in China and discoverable only by uncovering clues scattered across the country that only a top Chinese scholar could unravel.

Joining Allan’s team in their search is Chinese national Wei Wei, as mysterious as she is beautiful. Upon meeting Allan, she says, “Don’t be fooled by appearances . . . a delicate porcelain doll may conceal a fierce dragon inside.” And so we are left to wonder what exactly her motives are in finding this priceless artifact.

What struck me about The Color of Jadeite was the amount of historical context Goodman incorporates into the story. It’s clear he’s done his research and is insistent on getting every detail right. At times, I felt like I was on a historical tour of China and afterward I felt like I’d truly been there.

As with any good page-turner, Jadeite keeps the story moving and the mystery ever-unfolding. Characters weave in and out of the narrative as they dart around the vast country, setting the reader up to know a surprise is coming, but unable to guess it. The juicy ending he hints at throughout the book pays off in the final scenes. In Allan’s search for this artifact from the past, he unearths some of his own past along the way, prompting us to wonder if the past is destined to haunt us all in the end.

Ultimately, I found the novel to be an engrossing literary journey with dynamic characters and an ending worth the time invested. If you’re a fan of espionage novels and thrillers, this may be right up your alley, though you don’t need to be a fan of the genre to appreciate the suspenseful storyline and mysterious characters.