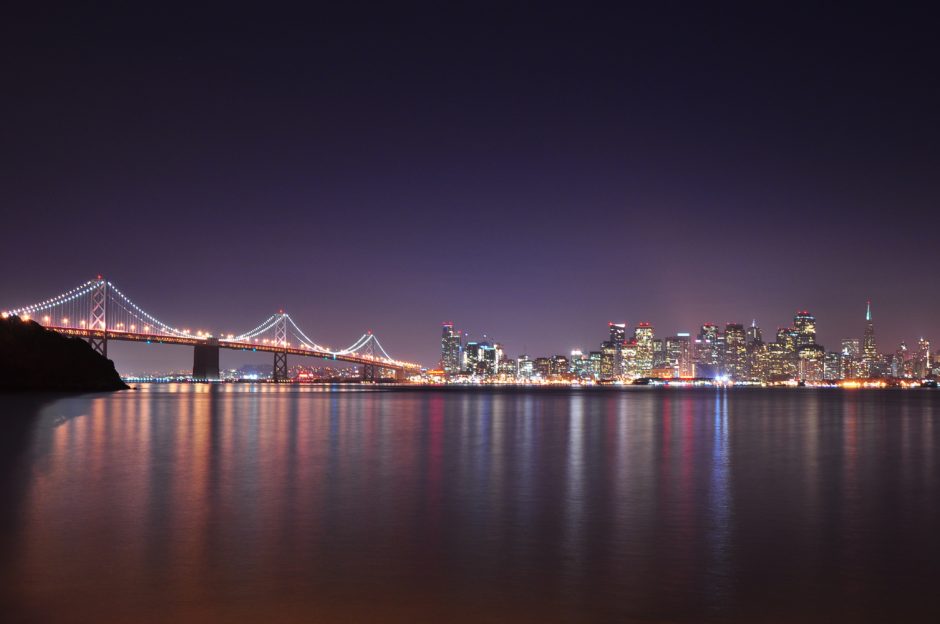 Two men, well past the shady side of sixty-five, sat alone and comfortably ensconced in plush outdoor garden chairs on the terrace of a private residence in San Francisco. The glass enclosed terrace overlooked the Castro neighborhood and offered an unimpeded view down the length of Market Street to the Embarcadero and the Ferry Building, with its attached Clock Tower framed by the rippling water of the Bay. Both men, dressed in black on black ensembles, had come to celebrate the life of a mutual friend who had passed away two weeks earlier.

The men shared a twenty-five year acquaintanceship linked by their professional connections to the decedent, a famous San Francisco investment broker, whose advice had transformed many hardworking, low profile persons, into millionaires.

In an act of incomprehensible proportions, the decedent, without explanation, had willed his entire fortune, less 25k stipulated to pay for this party, to the Internal Revenue Service. His three ex-wives, all legally divorced and remarried, had already filed law suits contesting the will.

“Well, I never expected Ben to go that way,” said Charles, the first of the two men sitting on the terrace. “I mean, getting hit by an historical trolley car on Market Street… after surviving the San Francisco Fever of the nineteen eighties (as local residents referred to the Aids epidemic before anyone knew what it was), emerging unscathed from a downtown office tower after the 1993 mass shootings by a lunatic client determined to kill his attorney for an unfavorable verdict, and losing twenty-two percent of his portfolio to the financial debacle of 2008.”

“Yes, after all that, to meet such a pedestrian death,” said Tommy, the second of the two men sitting on the terrace, “was such bad luck.”

The timing for the event couldn’t have been better; after only a few testimonials were spoken at the funeral home’s swank, but modestly sized chapel, the guests either drove their cars, if they could endure the search for a parking spot, or took cabs to the decedent’s house.

Drake, the decedent’s brother, had simply invited everyone for whom he found an e-mail address or a telephone number in his brother’s personal phone book and confidential Yahoo e-mail list. The last sentence of the invitation, “Lunch and an open bar will be provided,” assured a healthy turnout of celebrants and dangerous levels of aftershave and cologne. The terrace provided an escape from the deleterious effects of the expensive scents.

Looking somewhat uncomfortable and sartorially out of place (wearing a dark grey, double breasted suit) among the well turned out guests (all dressed to the nines and tens), Drake nevertheless had used a B to B+ caterer for the food (Asian Fusion) and an A to A- beverage provider for the open bar, (featuring only first rate labels), assuring the two bartenders, neatly turned out in black suits and bow ties, of generous tips and the opportunity to make new contacts.

“Have you seen Lydia here?” asked Charles. “I didn’t see her at the funeral home, but, of course Daniel was there, in dark glasses and wet cheeks.”

“Yes,” said Tommy. “She’s here. I saw her chatting up the bartenders. She hasn’t stopped smiling and kissing everyone since she made her entrance. She still thinks she’s the Bette Davis character from All About Eve, only older.”

The story of Lydia, rumored as the women the decedent (an unabashed sexual athlete who batted for both sides) had once slept with on a dare, and Daniel, the questionable result of what may have been an apocryphal coupling, spread from cocktail receptions, to dinner parties, and was glibly repeated by hair stylists in high toned salons to a rich clientele.

Finally, after years of repetition, the story gradually attained the level of lore. The cognoscenti decreed that Daniel was indeed the decedent’s progeny.

“Well,” asked Charles, “how long was she in that T.V. soap before they killed off her character? Twenty years…twenty-five years?”

Both men laughed. Laughing momentarily rekindled their past relationship with Lydia.

“Lydia’s had the last laugh,” said Charles. “With all the money she makes from the American television residuals, not to mention the money from the English, French and Italian licensing fees for the reruns, she probably earns a high, annual six figure income. And that’s without taking into account the value of all the jewelry her paramours have given her over the past twenty-five years.”

“Yes, indeed,” said Tommy. “Do you think she could trade her diamonds for a villa on the Cote D’Azur?

“I don’t think the stones are good enough for France. She might have to settle for the Cote D’Miami.”

At that moment, the French doors to the terrace opened and Daniel joined the men. This handsome young man, just twenty-one years old, and newly graduated from U.C. San Diego, had recently become engaged to a fellow classmate named Rachel who graduated third in his class. Daniel stood on the terrace with somber aplomb, and greeted the two men.

“Good afternoon, Mr. Ramsey,” he said politely to Charles. “Hello Uncle Tommy,” he said, and gave Tommy an affectionate punch on the shoulder. “Mother is gathering and storing adoration from the guests. She needs to restock her supply.”

“You should know,” said Daniel, matter-of-factly, “You were her agent for twenty years.”

“Yes, I was her agent until she fired me, two weeks before signing with the network, thereby robbing me of what would have been a sizeable commission.”

Daniel, serenely ignoring the sneer and the comment, turned from Charles to Tommy. “Mother wants to know if you can give us a ride home.” With a knowing sigh, he added, “Both cars are in the shop.” And then, sotto voce, “You know Mother’s phobia about riding in cabs.”

“I know it.” interrupted Charles. “When will your mother learn that cab drivers always insist on being paid?”

Neither Tommy nor Daniel concealed their smiles or contradicted the fact of the statement.

“Of course, I can take you both home. Just tell me when you want to leave.”

“Oh no, Uncle Tommy, you tell me whenever you want to leave. Don’t worry, I can move her out.” And with a wink aimed at Tommy, Daniel left the terrace and the two men regained their privacy.

“I never realized you still held such a grudge,” Tommy said.

Visibly annoyed, Charles leaned forward in his chair.
“No? Two weeks prior to signing what became a multi-million-

dollar contract with the network, Lydia fired me as her agent and went independent so she wouldn’t have to pay me any commission. And do you know whose advice she followed? Do you? Yours…” By now, Charles was red-faced.

“Yes, but it wasn’t until you blew her chances for a prior offer with another network for a similar contract because you asked for uber money. In fact, you asked for so much money that the producer told you to go fuck yourself and banned you from the network offices. It was your bulging… vanity, your own Cupiditas that lost you the commission. Not my advice. Everyone else told her to dump you.”

“How did you get that information? Who told you those lies?”

“It was common knowledge. Not only was I Lydia’s optometrist, but in those days, I had many patients from the networks. Network assistants and network clerks and secretaries loved to tell stories. Storytelling inflated their feelings of self-importance. A lot of what I heard was unreliable gossip. Nevertheless, over the years I developed the ability to strain the truth from the bullshit. Your story was all over the industry in two days. Your demands destroyed your credibility and ruined your reputation. Networks refused to take you seriously and thus you lost most of your television clients.”

“I blamed you for convincing Lydia to dump me. And I’ve resented you ever since.”

Tiny beads of perspiration appeared on his forehead as Charles leaned farther forward in his chair. He had to grip the chair’s handles to keep from falling out. And now, he began his aria of anger.

“I knew you had a crush on Lydia. The gay optometrist falls for the straight actress. It wasn’t until I realized that you were shamelessly besotted, hopelessly in love with her that I could simply laugh at your efforts to woo her. How ridiculous, trying to turn an eye examination into a date by providing a catered lunch from Max’s Opera Café. How pathetic, inviting her to the bar at The Fairmont Hotel to deliver a new pair of prescription glasses, and inviting her back to your office for an adjustment. And then, after a proposed tryst, she stood you up!”

“Didn’t Lydia invite you to meet her one night, right?”

“Didn’t she write a letter asking you to come to her hotel?”

“Yes,” Tommy admitted, “I did receive such a letter from her, but no one else saw it. I burned it the same day I received it.”

“And then what happened?”

“I met her the next evening, as planned.”

“You liar,” Charles shouted, at fever pitch, as the perspiration slid down his sideburns and ran down his cheeks.

“What do I mean? So you showed her letter to no one else? You burned the letter the same day you received it?”

“Do you want to know why I know exactly what your letter said? Do you!”

“I know what it said… because I wrote it! I wrote that letter because I wanted to humiliate you. I wanted to demolish any fantasies you had about Lydia and yourself. I wanted to inflict pain. I wanted you to suffer as much as I suffered from the loss of Lydia as my client. That’s why I know that you are lying to me now.”

Charles released his iron grip on the chair’s arms and relaxed into the back cushion, catching his breath like a sprinter breathing hard after crossing the finish line in first place.

“How could she know about a meeting when she never wrote the letter?”

“She knew because I answered the letter. I sent a messenger to hand deliver my response along with her new, long distance prescription.”

“You answered the letter! But… I never considered that you might answer…”

“Well, I did. Lydia replied to my letter with a personal phone call to my office the next morning to confirm. I met her that evening at her hotel and left the following morning.”

Thunderstruck, Charles stared at Tommy. “So, you managed one night alone with her. Did you manage to… get it up?” Charles laughed. “Only one week later she hooked up with our decedent and nine months later she delivered a baby.

“Following the birth, she exploited your crush on her by making you the baby’s titular uncle. How deliciously cruel,” said Charles, regaining some of his lost dignity, and a normal pulse rate.

“She never married our decedent, or anyone else,” said Tommy.

“No she didn’t,” Charles gleefully added, “instead, she had a succession of high profile lovers until her looks gave out. She has managed to keep her figure, though. And all these years you played the part of Uncle Tommy. Exploited, humiliated, and embarrassed to be known as the gay boyfriend. Lydia is almost sixty now, but she’s got plenty of money, modest fame (in demand for T.V. panel shows and perfume ads) and is still invited to A list parties. And what have you got?”

As Tommy rose to leave, he replied, “I’ve got Daniel.”