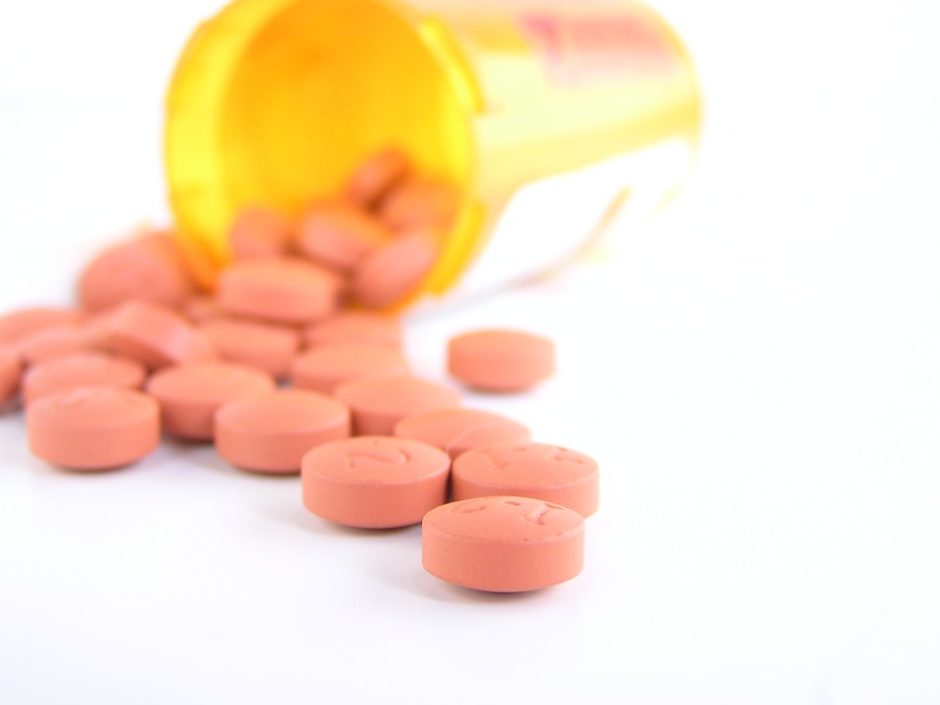 Christ! thought James, Barbara is hard to live with. I’ve been bad, sure, but I can’t keep going like this. And I worry about her having a gun.

He drove his silver Toyota Camry into the garage of his San Diego home.

Walking into the kitchen, he called in a deep voice, “Barbara, I’ve got the Chinese food you ordered.”

James hung his blue cotton blazer over the back of a chair. Placing the takeout containers in the microwave, he heated the food. The room filled with the aroma of shrimp, chicken and marinated seaweed. He placed knives and forks on the rectangular, glass-topped table and filled plastic cups with water. “Lunch is ready.”

Barbara entered the kitchen wearing a denim shirt and jeans, her gloomy, hazel eyes lost in discontent, her hair uncombed.

She slammed her fist on the table. “You poisoned the takeout food.”

“What? Are you kidding? After years together… ”

“Doesn’t make sense. Where did you get that idea?”

She looked sideways out the kitchen window into the back yard. “And David didn’t send me that email about his girlfriend being pregnant.”

James gestured as if his fists beat on his balding head. “Sweetie… we talked to your brother on the speaker-phone. He read word-for-word what he emailed, which was exactly what you received.”

Barbara squeezed her lips and stiffened her shoulders.

“Barb, I understand you believe what you’re saying. But it’s not true. It’s just not right,” he said, looking in dismay at her tight, pale face.

James rolled his eyes. “Your psychiatrist said you have paranoid schizophrenia. Why won’t you take your meds?”

“How do you know she’s a qualified doctor?”

“Barb, we’re all trying to help you.”

Barbara rocked forward and backward. Her eyes widened and her breathing quickened.

James’ hands dangled from his limp wrists. “I… I’m worried about Richard. At seven years old he’s at risk of being hurt.”

“I recognize reality,” Barbara said, her face flushing into patchy, red blotches.  “I’m powerless. None of the awful things happening are accidental.”

James said, “This is too much. I don’t sleep well. My boss says my sales aren’t good enough.” The veins in his temple throbbed. “If I don’t meet my quota, I’ll be out of a job, after fifteen years with the company. My boss will also lose his job if his people don’t make the sales numbers.”

“Someone wants to choke me,” she said, glancing behind her.

“Barb, I must tell you… I’ve made a decision.” He cleared his throat. “Richard and I… well, we have to move out. I’ll pick him up from school today. He gets out early. We’ll stay with my parents. I’ll tell your psychiatrist.”

“I’m a mother. And now… and now you are taking Richard away from me. You monster!”

“I’m sorry. I must do it. Hopefully, Richard and I will be back soon.”

Barbara shook her head in doubt. “Our marriage is a failure. We live in a house, not a home. You sit in front of the TV with your six-pack of beer and don’t talk to me. Your filthy toilet habits nauseate me. When we’re with friends, you criticize me… make me feel awful. You get too friendly with your women co-workers… spend too much time with them.”

“O.K., I admit I messed up. I don’t like the person I’ve become. I’ve been a sinner… we all sin. In my prayers, I’ll ask for forgiveness and guidance.”

“Don’t rely only on God,” she said, with a cynical half-smile.

“You’re right. I must work on changing myself. But… I need to pick up Richard now.”

“You told the maid not to come back.”

“I know she’s stealing.” Her broad face mirrored the torment of her fears.

She groaned as waves of pain jabbed the back of her head.

Barbara ran her fingers through her hair.

With his head down and shoulders slouched, James walked to his car.

Barbara remained alone for two days. On the third morning she looked at the dirty dishes and open food containers in her kitchen and decided to visit Margaret. Taking her loaded gun out of her safe, she placed it in the car’s glove compartment. On the overcast June day she drove to La Jolla, fifteen minutes away.

As Barbara approached Margaret’s condominium on a twisting road, she heard the buzz of a gardener’s hedge trimmer. She thought, Margaret never judges me and I enjoy her company. I can trust…

Her thoughts were interrupted when she saw James’ car parked outside Margaret’s home.

Dirty rats. They tell me I don’t know the truth. Her anger boiled as hot as a fierce fire.

Barbara parked alongside James’ vehicle and grabbed Richard’s baseball bat from the back seat of her car. She ran out and swung the bat against the side windows of James’ car.

“You cheating bastard. And with my childhood friend,” she screamed, her face crimson. “Do you think I’m stupid?”

James and Margaret rushed from her apartment to the second floor balcony.

Barbara stared with revulsion at Margaret’s round face and ash-blond, curly hair.

James shouted, “I’m talking to Margaret about helping you.”

“Yeah, right. Tell that to the judge. You goddamn cheat. You’re full of crap.”

Barbara smashed James’ windshield and rear window. Seeing a neighbor gaping at her from his balcony, she extended her middle finger upwards.

“Keep back, or you’ll be next,” she shouted, spitting saliva, tears gushing down her cheeks.

“You took what was beautiful in me and… and twisted it into ugliness,” said Barbara.

“I’ll hear your cries in Hell when rocks rain down on you.”

James forced the bat out of Barbara’s hands. They faced each other with icy stares for a few seconds. Barbara’s lips trembled, her legs weakened and she swayed. James leaned in to steady her. She staggered backward, balancing herself against his car and screamed in a shrill voice, “I hate you! Loser.”

Barbara threw open her car door and grabbed her Smith and Wesson revolver. Aiming it at James with trembling hands, she shouted, “Don’t move.”

James raised his hands slowly. His face turned ashen and panic paralyzed him as he struggled to focus.

Barbara steadied herself and squeezed the trigger. The bullet hit the garage door of Margaret’s condo. The crack reverberated in her ears and echoed in the hills. Crows shrieked and scattered.

James stepped sideways and Barbara fired again. The bullet tore through his left thigh and bright red blood spurted in a thick stream. James fell yelling and Margaret rushed to him.

With tires squealing and rubber burning, Barbara raced home. In her back yard she put the revolver to her head and pulled the trigger.

Eight days later, James sat in a wheelchair in a hospital office at the University of California, San Diego, facing Doctor Velasquez, a tall, gray-bearded man.

“Mr. Wilson, your wife survived her self-inflicted wound. But I’m sorry to tell you that her condition is serious.”

“What is it, Doctor?” James asked, his hands clammy.

“The gunshot wound caused so much damage that she’ll need to live in a care facility for the rest of her life.”

“Oh, my God!” James bottom lip quivered and his body shook with sobs. He buried his face in his hands.

The doctor handed James a box of tissues and waited for him to stop crying.

“Mr. Wilson, how are you dealing with the circumstances?”

“I forgive Barbara… she was living in a dark reality. But… I’ve lost weight.”

Doctor Velasquez nodded. “I’ll refer you to a counselor and recommend a grief support group.”

They rode an elevator to the fifth floor where the odor of cafeteria food met them. Rolling into the spacious, private room with a large window, James saw Barbara wearing a solid-blue, patient gown and sitting in bed. A gauze bandage covered her head and tubes snaked to machines. She stared impassively in front of her as if she was focused on a faraway ship.

The doctor touched Barbara’s shoulder and she turned slowly to face him. “Mrs. Wilson, your husband is here to visit.”

James rolled his wheelchair to the opposite side of the bed and reached for Barbara’s cold hand. She shrunk back as though seeing an evil stranger.

“Barb, how are you doing?” he asked in a hushed tone.

Barbara looked blankly at him. He kissed her hand, his lips salty with tears. “Are you comfortable?” He did not glimpse a sign of recognition. A quivering sigh escaped his lips. “Barb, can you tell me what happened?”

Barbara lowered her head and whispered, “I don’t remember.”

“I should have insisted that your psychiatrist send you to a care center,” said James. “Their staff monitor medications and offer counseling. Every day I pray to be washed of my sins. Straying from the honest path, I admit I had affairs. But I want you to know I was never Margaret’s lover. She’s your friend and she wants to visit you. Your brother David is on his way to see you.”

James squeezed her hand, remembering the precious moments they had shared when first married. “I love you, Sweetie. I’ll do everything possible for you.”

Barbara drifted into sleep and the doctor laid her head on her pillow.

Lines of sadness and anxiety deepened in James’ face. He released Barbara’s hand and Doctor Velasquez wheeled him from the room. Looking back at Barbara, James thought, Guilt haunts me. How am I going to take care of her and go on with my life?

Clive Aaron Gill’s work has appeared in numerous Internet magazines. Born in Zimbabwe, Clive has lived and worked in Southern Africa, North America and Europe. He received a degree in Economics from the University of California, Los Angeles and lives in San Diego.

You can find more of his writing on his Amazon page.