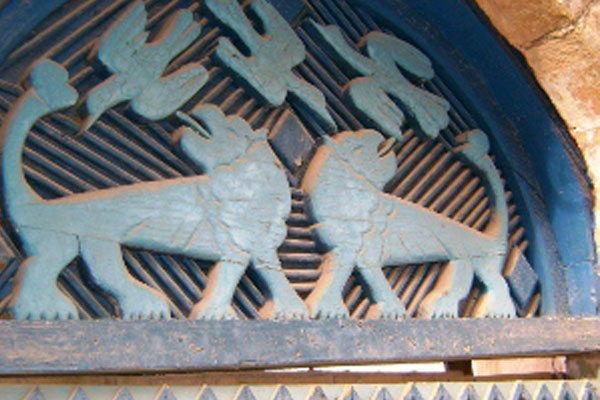 Not only had Kimmy visited star systems far beyond the ken of her race, but she had left behind, in all viable places, descendants who copulated fruitfully and who lived twice the natural life span of her species. Though she had wished for a corner of the community chambers, what she had been granted was something far more wondrous.

The adventure began when Kimmy returned home between trips of campers. There were three shifts and she was on payroll for the entire summer. Though both Ross and Dad had written to her, there was nothing like her familiar hibernaculum to ease her to sleep or to bring on handsome dreams.

Sadly, Dad’s handwriting was becoming increasingly illegible. Like many great omnivores before him, he suffered from a combination of Fatty Liver Disease, Lethargy, and The Wobblies. Mom had claimed that he was becoming metabolically retarded, i.e. fat. To wit, Mother had bought Dad a hamster wheel and had showed him how to use it. Shortly thereafter, though, she perished from an undifferentiated tumor. Thus, at present, Dad just glared at the exercise equipment.

As for Ross, who had quilled his baby shafts a full season after Kimmy had shed hers, he was a hottie. The two had met when Kimmy, in the company of Mother and of Anne-Marie, Kimmy’s baby sister, had been motoring around town.

Anne-Marie had claimed it was the lavender that Kimmy enjoyed rolling in that brought Kimmy to Ross’s notice. Mom had claimed it was Kimmy’s girth; her older daughter already possessed a belly as burgeoning as that of matrons blessed with many litters. In Mother’s mind, Kimmy’s curvaceousness had suggested fertility.

Regardless of the reason, it was to Kimmy that Ross, the young, svelte hedgie called and it from Kimmy that he received an answer of sylvan song. Despite those facts, the two failed to produce offspring.

When it came to progeny, even Old Ma Kippipunk, the brooder whose pups usually failed to survive the cold, floods, and nest destruction concomitant with hibernation, had better luck, than did Kimmy. Hence, Kimmy had been banished to tend to orphans, at a nearby summer camp. Her Dad refused to let his daughter shame their colony. Dad could not care less than Ross was heartbroken from his desire to keep Kimmy company and to keep trying.

Now that she was home between camp sessions, Dad felt bad. Against his better judgment, he deposited his dishonorable child near the hidihole Ross favored. Dad rationalized, that given his own increasing difficulty with ambulation, it would behoove him to welcome that young male to their nest. If only he could simultaneously shoo Anne-Marie into the paws of some virile stud; someone had to provide the next generation.

Dad hung a daisy chain on the hamster wheel in anticipation of a pending celebration. Certainly, this time, the two young ones would produce a new litter. Maybe Kimmy could permanently remain home from camp. Maybe, this time, she would be able to properly dedicate herself to the higher purpose of populating the valley.

For her part, Kimmy sat at the entrance of the burrow waiting to be kissed. As she watched her shadow change, she flexed each of her paws, in turn. Ross had commented that her backrubs were both sensual and arousing. What she understood as an easy means to soothe tired limbs that young boy interpreted as seduction. No matter, he was her best hope at being relegitimized.

However, her shadows, in short shift, merged into the dusk of sunset. At twilight, that most magical, most romantic, time for crepuscular creatures, a muzzle pushed out past Ross’ threshold. Unfortunately, that snoot was attached not to an amorous hedgehog, but to a gelatinous beast slightly wider than Ross.

Kimmy would have screamed, had she not considered that such a reaction might further debase her family’s community standing. Instead, she sufficed with baring her teeth. The alien answered with a series of patterned clicking sounds.

A small piece of paper, a printout of sorts, emerged from its belly. The starman, who was seemingly composed of gummy digits, waved the notice at the hedgehog.

Kimmy doubted that the being facing her could comprehend unrequited lust. In fact, she debated the wisdom of accepting the creature’s missive, at all. The thought of returning to gum-chewing, marshmallow fluff –wading adolescent hedgehogs, packed into bunks meant for half their number, though, pushed Kimmy to reconsider the option before her.

She rationalized that the spaceman was no uglier than the geckos she and her charges had observed during an overnight trip to a nearby marsh. Further, the thing might be less intelligent than the dragonflies she and her campers enjoyed for their cookout dinners. It might be okay to accept the extraterrestrial’s offering.

If only Ross was there. She would rather rub against that hedgehog hunk than interact with a foreign creature. If only her belly was filled with fetuses and not with adipose tissue. If only that space being would stop farting. Kimmy felt the spines along her back and flanks start to stand at angles from her body.

The viscous entity tinged and tangoed some more. It tried to indicate that it was important for Kimmy to read its note.

At last, the little hedgie reached over, swiped the paper from the weird being and read. In a perfectly understandable language, the star warrior stated that it had eaten Kimmy’s lover.

Incensed hedgehogs are not pretty companions. Outraged little beasties are even worse for company.
The jelly critter, from afar, was ill-prepared for the audio and tactile communication being emitted by the small animal opposite it. Never before had it encountered an exasperated, desperate hedgehog. The alien beamed back to its craft.

He beamed Kimmy up with him.

With Kimmy safely snarling behind a thin, impenetrable, yet porous (that foreign race was of the benevolent sort) piece of plastic, the spacer regarded his manual on uncommon species. His guide, most of which was derived from text developed from Earthly broadcasts that had ricocheted beyond their destinations, referred mostly to humans, and to a smaller degree, to horses, to dogs, to elephants and to the occasional feral cat. There was no mention of the nature or existence of hedgehogs in that record.

Undeterred, the alien punched a few buttons on his keyboard. His screen was quickly covered with all sorts of glyphs, some of which spelled out to him a need to tread carefully with his prisoner. Apparently, hedgehogs were more than the total of their spines.

Accordingly, the space beast lowered the wall caging Kimmy and sounded a rhythm of whirls and beeps in her direction. Hearing only cacophony and appreciating the limited possibilities afforded her by her new environment, Kimmy charged. Her bristling spines, her pointy teeth, her very death, would avenge her beloved and restore honor to her family.

The alien did not leak where he was punctured, despite his jelly-like appearance, nor did he feel any discomfort from Kimmy’s bites. Rather, he registered no sensation at all; he was a machine programmed to look like the most widely distributed life form in the Milky Way Galaxy.

His response, to Kimmy’s stampede, was to lift her up and tickle her. His display had stated that hedgehogs have vulnerable bellies.

A few flicks of a century later, after which tens of generations had partied in her womb, Kimmy was content. Henry regularly brought her lemonade, containing just the right amount of sugar, rubbed her shoulders, all four of them, and insisted on supplying her with edible insects and delectable berries. Less often, he’d park his ship on a planet with usable air and allow Kimmy as many seasons as she desired to scamper beneath some suns.

Per Kimmy’s children, it had been a simple matter to impregnate the young hedgehog. His ship was replete with all manners of samples collected from various worlds’ populations, including essential cells taken from Ross’ body. In fact Kimmy, herself, upon learning about Henry’s repertoire of skills, had arranged the implants.

While she lamented, for periods of five years, her inability to inform her people of her procreative success; Henry, by dint of his programming, was unable to return to places already visited, she flourished in the stimulation of their intergalactic adventures and in the knowledge that she had independently populated an entire planet full of hedgehogs. If only her family and friends could see her now!

“If Only They Could See Her Now.” Freedom Fiction Journal. Jun. 2011, reprinted in Don’t Pet the Sweaty Things, Bards & Sages Publishing, 2012 and 2014. Used by permission of the author. 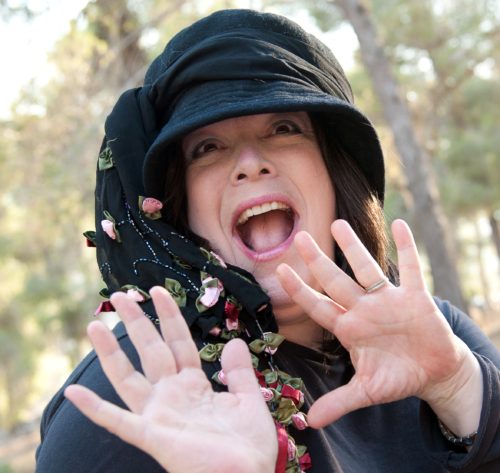