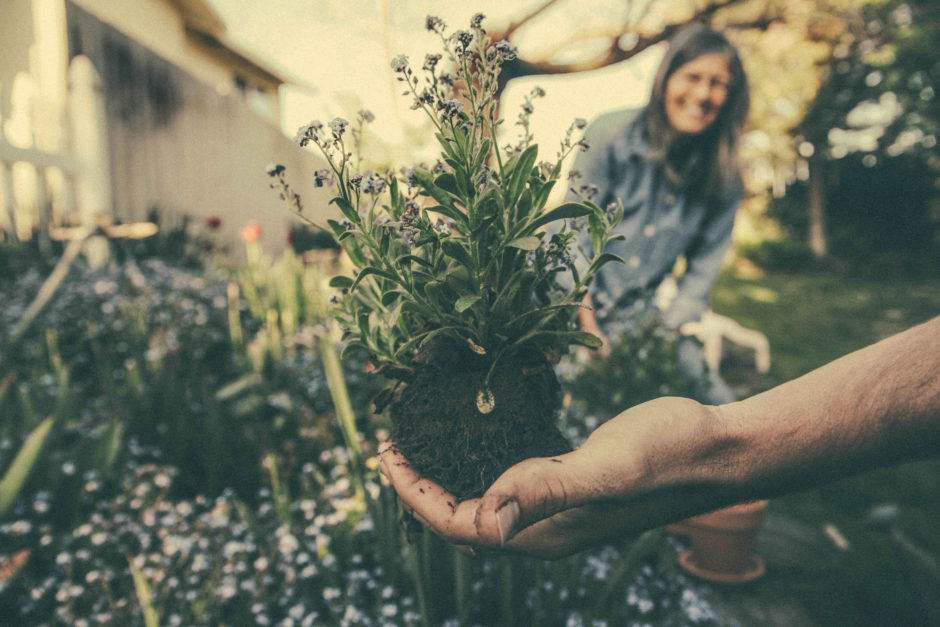 Roland looked both ways, then trotted across the street with the flower pots under his arm. He climbed the stairs to the porch along the back side of Sissy’s apartment building and set the pots down among everything else he’d brought—several flats of marigolds, pansies and petunias—then went to work, quickly dividing the flowers and arranging them in the pots, carefully watering each when he was finished and lining the five full colorful pots along the edge of the porch. He paused to catch his breath and frowned down at the backyard—the thick lawn choked with crabgrass, clover and dandelions, clumps of choke cherry bushes gnarled and bent as arthritic old bones.

Inside Sissy had fruit punch and a bowl of chips ready for him on the kitchen table. “Thanks Dad, but Jesus you didn’t have to go to all that trouble.”

He lifted a glass of punch and took a gulp. “The landlady said it was fine, didn’t she? So don’t worry about it.” He looked around the room. “Mind if I make a call for a second?”

“I’ll take it in the bathroom there.”

He grabbed her phone off the counter and went into the bathroom, closing the door behind him. While he was fishing around in his pocket for the number he caught sight of himself in the mirror—scrawny arms sticking out of the rolled-up sleeves of his ragged gray sweatshirt, hair dyed black, parted to the side. He’d been wearing the sweatshirt for a couple days now, and in the enclosed space he could clearly smell his dinner from the night before—corned beef and onions. He grimaced, swiping at a lock of hair hanging across his forehead, and dialed the number.

“There’s no one here by that name.”

“No one here by that name, sorry.”

The line went dead. He frowned at himself again in the mirror and went back to the kitchen with the phone.

“That was short. Did you get ahold of whoever it was?”

“No—they didn’t—I guess it was the wrong number. They didn’t seem like they knew me. I must’ve wrote it down wrong or something.”

“Who were you calling?”

“This lady friend I‘ve been getting to know.” He sat at the table and grabbed a handful of chips. “She’s a new employee down at the hotel.”

“’Cause that wasn’t too cool.” Sissy sat down and frowned at the chips. “You don’t want to end up talking to the judge about this do you?”

“I know it’s been a while for you, but I mean—you’re sweet and all, but you just come on too strong sometimes. Girls start thinking you’re gonna jump out of the closet at them at two in the morning, and that’s not where you want to be working from.”

“I know, I know. She is cute though. Blond, blue eyes—she reminds me of one of those Charley’s Angels.”

“Oh my God.” She flicked her hair away from her ears; it was dyed yellow-orange, different from the last time he’d seen it. “Why don’t you just focus on your plants and stuff for a while, okay? Focus on your work. You’re good at that, that makes you happy.”

“I mean, with the hotel and all your side jobs—that’s all good stuff, right?”

“Yeah, yeah. And I’ve got that job at the Petersen’s I’m tackling this weekend probably… Tomorrow or Sunday.”

“You know Dad, cute girls don’t need you to tell them that all the time.” She grabbed a handful of chips herself, though he knew she was trying to stay away from them, and lose some of the weight she’d put on since high school. She shook her head and looked at him. “’Cause you know why, Dad? They already know.”

He still had some money left from his last check, so he went to the diner and ordered steamed mussels with Italian sausage and a dish of vanilla ice cream with a cherry on top. He also had four beers, and when he was done he went to the hotel.

He parked out back in the employee parking lot. The sun had set by now; dusk was settling in. The lawn was getting thick—he could see he’d need to mow again Monday, unless one of the others did it over the weekend. When it was almost eight he walked around back to wait for her.

It so happened that they were talking about him when they came out. It was Amber’s friend Heidi, her high chattering voice bouncing out ahead of them into the alley. “That creepy dude that works at Big Box, I mean, he’s like this hunchbacked Igor assistant or something. He reminds me so much of Roland. Don’t you think Amby? I mean, Roland’s got his own greasy little comb-over thing going, but they both have this same pot-bellied desperate loser weirdness about them. But then Roland must be like fifty at least…”

“I don’t think I have to worry about him anymore,” Amber said quickly, “Jeff already spoke to him twice.”

“Well anyway—see you later, okay? We can meet at Darcy’s.”

Heidi went her separate way to the side lot where she always parked, and Amber continued toward the main parking lot, past the dumpster where Roland was waiting. When she came around the corner, he stepped away from the dumpster, holding out a bouquet of lilies.

“Roland—what the hell are you doing?”

Even in her waitress uniform, her hair pulled back, she was amazing—her pale skin glowed, her bright blue eyes seemed to sparkle when she saw him. “I brought these for you.”

“So you’re fucking hanging out by the dumpster now, looking to ask me out?”

“No—well, I thought I could—you know, I wanted to talk without so many people around…”

“Jeff told you no more, Roland.”

She reached her hand into her pocketbook. “I don’t want to get the cops involved, but I will.”

“There ain’t no need for that, Amby…”

“Listen, you know what—I’m reporting this to Jeff. And most likely the cops after that, okay? And then we’ll see what happens.”

“Get out of my fucking way.”

“Get the hell away from me you asshole!” She pushed past him and hurried off to her car.

Roland stood there a minute before he threw the lilies on the ground and kicked them to pieces. Then he went to his car and slammed the door, squealing his tires as he swerved out of the parking lot.

Of course he knew where she lived, just like he’d known that Samantha Tellier lived with her cousin in Raymond, and Jacki Webster and her twins lived in a little yellow trailer in Campton’s Motor Home Park. He knew, too, that her usual Friday night routine was to go out drinking with Heidi in Concord, that she’d most likely sleep it off at Heidi’s later on, that she probably wouldn’t be back to her place before noon. Roland stayed up late that night himself, lying back on the broken-down couch in his apartment, drinking beer and stewing. When it was almost dawn he got up, loaded his car and drove across town to Amber’s, a little house all by itself in a cul-de-sac off Tidal Road. He parked on the far side of the house away from the road and went to work. As the dim light of dawn rose around him, misty gray melting into a soft pink, he planted—clay pots and deck planters he lined up along the walkway, double rows and semi-circles he planted around the edges of her lawn—impatiens, snapdragons, begonias, sweet williams, delphiniums, tall crimson and green coleus, young azalea and rhododendron bushes already in blossom.

With Samantha it had been a red-bowed wreath on her front door at Christmas; with Jacki and her twins a swing set he’d assembled and left in their tiny yard while they were away for the weekend. But this was the first time he’d expressed himself this way, through his art. As the sun rose higher and more birds sang, he paused, brushed some of the dirt off his sweatshirt, leaned back against his old Civic and smiled, imagining Amber coming home later on, hung over, to see all this beauty for the first time—the dark leaves and lush blossoms, the rich color and soft fragrance that the Petersens had already paid him for. She’d pull into the driveway and jump out of her car—she probably wouldn’t believe her eyes. When he ran up to hug her she’d smile: she’d have to know it was the best work he’d ever done. 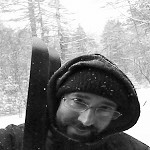 Timothy Boudreau lives in northern New Hampshire with his wife Judy. He is a board member and volunteer for several non-profit organizations.  He has published fiction in various journals and anthologies, and has recently completed a collection of short stories. Find him on twitter at @tcboudreau and on Facebook.