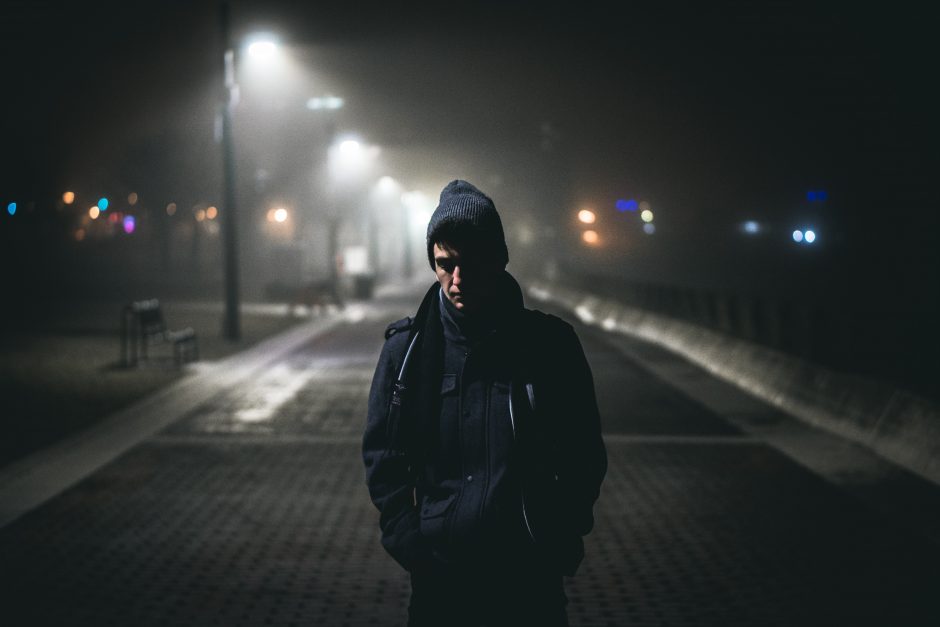 Go see a counselor, classmates proclaim, when I ask for company. Friendship.

“It’ll help,” the ringleader of the pro-counseling legion proclaims. Her name is Betty Brown, she wears huge glasses, and I suspect she has a few fucking issues of her own. “It’ll help you get balance. You’ll find peace in your life, Nick.”

Balance? What the fuck? I want a friend. I want a fucking friend.

As if counselors can compensate for the vast spaces between me and people, the empty rooms at night, the excessive time spent with Netflix and its soothing red glow. Can counselors make people respond to the emails I send? Are they punishing me for bluntness unmasked? Counselors are just as fucked up, truth be told. They’re people who disguise sorrows beneath diagnoses and cold recommendations. Take this pill. Get more exercise.

I’d like a friend. That’s what every email I send states. Have coffee or beer with me. Come over to my place, watch The Big Lebowski, smoke a joint. Things friends do. That’s the truth. No frills, no power games.

I need a friend. I need a friend. That phrase also peppers electronic screens when like doesn’t do the trick. I don’t even get a fleeting promise of coffee or beer, a promise to talk. Just ignorance and counseling recommendations.

“It’ll make you whole,” Betty says of counseling, as if I’m an egg.

The only thing I have in common with an egg is we’re cracked.

To Betty and cohorts, counseling is supposed to be the magical answer. Counseling is supposed to wash away the disgust they wear when I approach them, the condescension with which they explain their philosophies about fiction. About being woke. Justice. It’s all about simple diagnosis, a couple pills, and an upbeat attitude, or the semblance thereof. Does it work for Betty? She walks a little too fast, laughs a tad too loud. What’s she hiding? Why can’t they admit it’s bullshit?

I grew up the son of a mendicant father. He expected me to inherit the title of mendicant, who moved among their own friends with cold calculation and threw them under the bus with great aplomb. Doublespeak pervaded parties. Smiles concealed backstabbing and private jokes. I thought this would be different, a place where people could check the bullshit.

I wish my classmates would just tell me what their problem is. Is it that I’m blunt? That I’m a neo-Romantic, tapping into untrammeled emotion? Or is it that I don’t write about people getting mowed down by trains and doing pills?

I guess it’s easier for them to live in subtexts and lies. Meanwhile, I live in dark rooms and concrete quads, people passing so fast, an energy that’s frenetic.

My classmates seem to live for the art of transactions, gathering in their own circles, at the bar after workshop, at readings. They pontificate about writing, fawn before certain professors. The teachers are pipelines to publishers and other teaching positions, of course. Once they leave the classroom, they disparage the professors as bourgeois bastards in berets. I’ve caught snatches of conversation down the halls and in the quad.

I shouldn’t bother them. But they’re the only people I know.

I imagine the shape of friendship, not being alone at the bar or having an empty seat next to me in a restaurant. I imagine sharing my own secrets with them, confessing my hope for a life that isn’t transactional and predicated on bullshit. I imagine classmates who break down the wall and let me in on their jokes. We’d laugh, sharing the joke, the experience, in ways no one else could. I imagine my laughter rising like the breeze on a spring night. I imagine so much, I imagine in dreams, I wake up in tears.

Some nights, I walk by the houses where they’re holding their parties, little frame houses with lit windows, chipped yellow paint, and old-school charm. I watch my classmates moving with ease, carrying cartons of beer, envy the way they view their lives as rife with possibility. I think of just slipping in but can never find the nerve. What would they do? Throw me out? More likely let me in, but relegate me to a corner, like a leper at a hockey game. I just walk up and down the street, like an innocent pedestrian, inhale snatches of laughter and pot smoke and Lady Gaga blasting from speakers that thump. Thump, thump, thump, a pleasing beat. A beat I could dance to, moving about charming small rooms and basements.

I keep emailing. I tell them I really need company, need with fervency. I feel shame, but what else do I do? I imagine suppressing everything. Imagine the hateful person I’d become, imagine myself telling someone else to get counseling.

They ignore me. Betty mentions counseling again while they chatter about more parties and gatherings. Just talk of who’s coming and who they want to come and how they hope to get this big-name writer to crash. They quote Tolstoy, distort him, and keep on planning.

For a time, I drop F-bombs into my speech, make proclamations. But my walk wobbles, my smile dissolves. Classmates ask if I have a physical disability and I almost laugh. I imagine going on like this, compromising piece after piece, until I’m a Frankenstein-like freak, a mélange of others’ expectations. Shame tugs at me, no matter how I vow not to try this again. It makes no difference.

I refresh emails. I keep waiting, waiting, trying to figure out how to express things.

I tell myself to stand firm. But even the firmest souls sink into surrender.

Yash Seyedbagheri is a graduate of Colorado State University’s MFA program in fiction. Yash’s work is forthcoming or has been published in WestWard Quarterly, Café Lit, and Ariel Chart, among others.
This his his second feature on The Fictional Café. To read his first, click here.