The Price of Cheap

Nathan chose a cheap flight to Kobarid. Seeing the Julian Alps had long been on his bucket list. He planned to sleep the ten hours from JFK to Ataturk, to remain inconspicuous in Istanbul, and then to make friends on route to Ljubljana. With luck, he’d score a night on some local’s sofa before traveling from the capital to the mountains. Nathan believed himself sufficiently charismatic to succeed.

Hearsay about Slovenian tourism suggested that a stranger’s room would be equivalent to a fee-driven guesthouse. By taking advantage of complimentary accommodations, Nathan would save enough cash to hire a guide to accompany him to the Kozjac Waterfalls and on the Alpe Adna Trail. It was foolhardy to tour remote places alone.

Unfortunately, at Ataturk, instead of deboarding, Nathan’s flight sat on the airdrome for hours. Eventually, members of the Türk Silahlı Kuvvetleri overmastered the plane and ordered all of its passengers off.

Nathan had small hope of reaching safety. Turkey’s President Tayyip Erdoğan thumbed his nose at The European Court of Human Rights. What’s more, Nathan’s last name, which was printed boldly on his passport, was “Hirshfield.”

Strangely enough, less than an hour away, employees at the US Consulate General were scurrying to prepare for a visit by American dignitaries, who meant to use the embassy as a backdrop for a photo shoot about the newest American-Turkish alliance. Visits by politicos were good for employee morale in the least, and for bonuses, at best. Currencies remain valuable whenever worth is assigned to them.

Although the consulate’s staff was preoccupied, they kept open their emergency line, the one used for life and death circumstances. Unfortunately, Nathan could not access it. Even had his tourist documents, money, and electronics not been confiscated, he pocketed only the contact information for the US embassy in Slovenia; Ataturk was supposed to have been nothing more than a quick, unimportant layover.

Nathan, who had read Selby’s Last Exit to Brooklyn and McCarthy’s Blood Meridian, and who knew about The Ziverbey Estate and the hundreds of foreigners that had died in Turkish jails, cried as he was cuffed and blindfolded. He had thought that a ticket with a stopover would help him economize, not get him murdered. 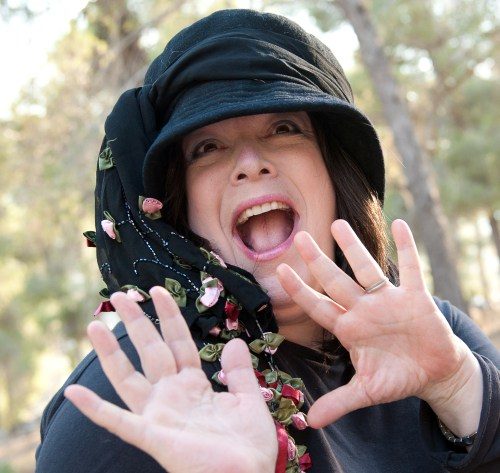 KJ Hannah “Channie” Greenberg’s whimsical writing buds beneath the soil where fey hedgehogs play. She’s been nominated four times for the Pushcart Prize in Literature. Her newest books include:  the brief fiction collection, Can I be Rare, Too? (Bards & Sages Publishing, 2017), the essay collection, Dreams are for Coloring Books: Midlife Marvels (Seashell Books, 2017), and the poetry collection, A Grand Sociology Lesson (Lit Fest Press, 2016). Others of Hannah’s books scheduled to launch in the next few months include: the novel, Ten Kilo and One Million (Crooked Cat Books), a compendium of all of her short stories, Concatenation (Bards & Sages Publishing), and three additional essay collections, Tosh: Select Trash and Bosh of Creative Writing (Crooked Cat Books), Simple Gratitudes (Propertius Press), and Rhetorical Candy (Seashell Books).