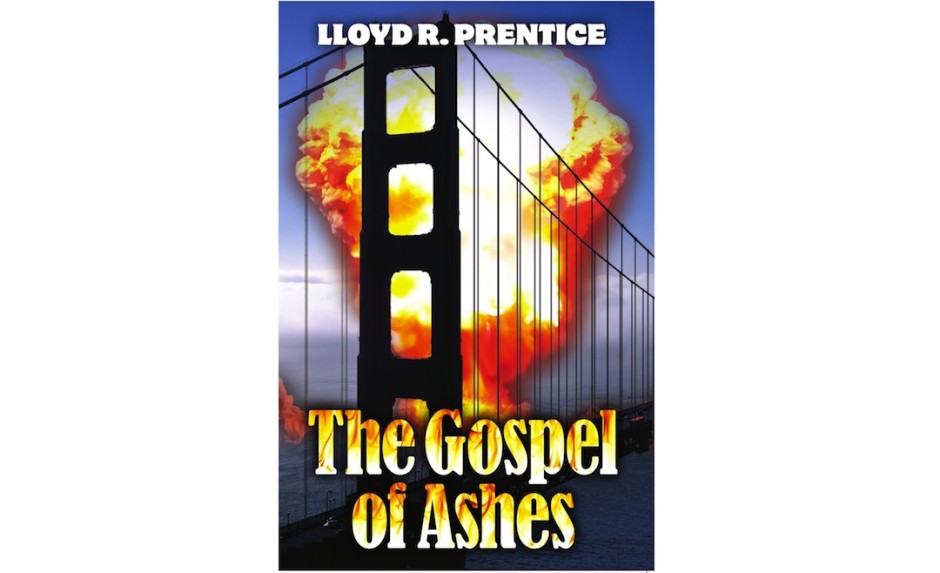 Editor’s Note: I met Lloyd Prentice at a publishing conference earlier this year. For a room full of writers, there was little talking going on. Lloyd and I struck up a conversation about, what else, writing. He mentioned that he belonged to an informal writing group that would get together and write on the fly. A character he’d created without much personal fanfare one day in the group turned out to be a crowd favorite. That character’s name was Carmichael. I made a mental note. We exchanged business cards.

Lloyd and I connected via email shortly after the conference and I read over some of his work. When I came across this chapter from his novel, The Gospel of Ashes, I knew we had to have it up on the Fictional Café. As far as excerpts go, it’s got what we look for: the ability to stand on its own, like a short story, yet with action and character development that make the reader want to read on.

It’s one of those bone-chilling January days in Greater Boston. Eleven degrees. Minus seven wind chill. Sky blue as a starlet’s eyes.

Here’s Carmichael in his Lexus LS, idling at the curb.

Flu. In bed two days with it. Where’s this coming from, he wonders. Never sick a day in his life. Then again, some of the joints he’s been in lately, it’s no wonder. Should still be in bed. But that damned Stanley calls every other minute.

“Come on, kid. You’re young, healthy as an ox. Low hanging fruit out there. Time’s a wasting.”

“102’s nothing. Cold out there will do you good. Exercise. That’s all you need,” Stanley says.

So here’s Carmichael idling at the curb in front of the All Bright Laundromat.

God what he wouldn’t give for a cup of hot chocolate.

The air in the laundromat is warm, moist. An older woman, baggy white man’s dress shirt, skinny as a stick, is pulling a heavy green shag rug out of a large industrial dryer, hoisting it onto a rolling laundry cart.

The woman stares at Carmichael. She strips off orange rubber gloves, stretching each finger one at a time, wipes a wisp of gray hair from her forehead.

The woman’s eyes move down to Carmichael’s shoes. Then slowly back up, catching and holding his eyes. He sees deep wrinkles, tuft of black hair below her lower lip, eyes so deep he can’t make them out.

“Then get a tall service man.”

Carmichael looks around the laundromat. He needs something to lean against.

She leads him to the dryer.

“In back. Way in back— Here screwdriver.”

Carmichael leans into the dryer. It’s hot. Hotter than his fever.

“Need a flashlight,” he says.

Carmichael pushes up on his toes to lean further in.

Suddenly he feels his feet pulled out from under him. His forehead hits hot metal. He drops the screwdriver, grabs for something, anything, but the tub is slick and too hot to hold.

Strong hands jerk him back. His face scrapes the lip of the dryer and then he falls too fast to catch himself. He turns his head, hits the floor, ear ringing.

Now he feels clinging fabric, clothes, dirty from the smell, all enveloping. The clothes, his heavy overcoat, make it impossible to maneuver. He kicks out, turns, but heavy metal, the laundry cart maybe, slams into his shins, pinning his legs.

He lashes out with his arms, hears something scrape across the floor, a chair maybe pins his right arm. He can’t see. Can’t breathe.

Now he feels wire lashing his ankles to the laundry cart, must be. A heavy weight, a knee, pins his right arm. He feels his wrist lashed to more metal, a chair leg— he can feel it.

He tries to strike with his left arm. But the knee falls again.

Pain radiates. He feels the cold chair leg, the wire biting into his wrist.

Mrs. Phan leans into his face, focusing a camera.

The flash blinds him momentarily.

Mrs. Phan gropes through his pockets. He feels his wallet slide out of his inside breast pocket.

Carmichael feels the sharp edge of a plastic nipple forced between his teeth. Squirt. Jesus! Liquid laundry detergent! He gags, spits, tastes the slimy bite of detergent, feels it foam.

Mrs. Phan smiles. “Had brush, do betta job. But no brush.

“What S stand for? Must be Sucka. Yes, Sucka. Mr. Landry Sucka Ca’michael.”

Carmichael lifts his hips, tries to kick, struggle. But with each thrust the coat hangers bite more deeply into his ankles, wrists.

Mrs. Phan leans away, then back; holds something over his head. He looks up. Tries to see what she’s doing above his head. Oh dear God, no! Laundry bleach.

She shakes a few drops loose. He feels the cool drops on his forehead, then a stabbing, burning in his left eye. He shakes his head, squeezes his eye shut, moans.

She shakes the bleach bottle. He nods.

“Now I have picture. Know where you live. I know people. I from Vietnam. I know Viet Cong. I know CIA. You understand me, Mr. Sucka Ca’michael?

“You touch my Jimmy— hair on his head— You touch single gray hair on my head— You ha’m this All Bright Laundry— any way— Viet Cong— CIA— They find you. Maybe middle of night. Maybe in bed. They find you. Then you hurt. Oooh you hurt very very bad very long time. Maybe never walk again. You understand me, Ms’a Ca’michael?

Carmichael looks away. More cold bleach lands on his forehead, burns into his eyes.

He remembers a heavy snip snip as the grip of wire around his ankles fell free.

“Now— you go, Ms’a Ca’michael. You tell Big Boss Stanley what I say.”

Somehow Carmichael manages to rise, two blue stacking chairs wired to his wrists. The weight of the chairs, the wires, dig into his flesh. He feels blood running down his fingers.

A customer enters as Carmichael struggles to the door— a woman, young, hair in curlers, arms around a laundry basket. But to Carmichael, she’s a blur. Her hip hits the chair hanging from his left wrist. He draws breath, groans in pain.

Carmichael struggles through the door, unaware of the pair of pink panties, 42 waist, clinging to the back of his new camel hair overcoat.

“Jesus,” Carmichael thinks. “What the FUCK am I going to tell Stanley?”

Lloyd R. Prentice is author of Freein’ Pancho; the three-volume graphic novel Aya Takeo (with illustrations by Sonia Leong; and The Gospel of Ashes – a thriller. Carmichael is excerpted from The Gospel of Ashes. Lloyd lives in Marshfield, Massachusetts; spends all time he can spare in Baja Sur, Mexico.