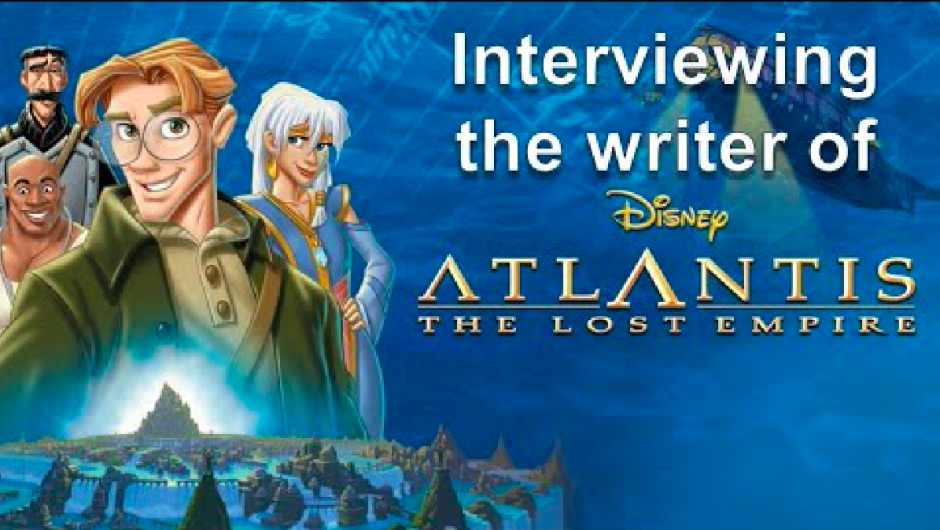 It’s been two decades since the Disney animated film Atlantis: The Lost Empire first hit theaters and for twenty years, writer Tab Murphy, believed that the classic steam-punk animated film that he created was a flop. While he couldn’t deny that he had enjoyed the writing and brainstorming process, it hadn’t done as well in the box office as he would’ve liked, causing him to believe it had been a failure. . .up until now.

Recently, Tab came in contact with “Atlantis: The Lost Empireposting,” a Facebook group completely dedicated to reliving and reposting their favorite scenes, lines and characters from his movie. Surrounded by so many people of different ages, from different walks of life who had all been inspired and entertained by the film he had helped create, Tab was finally able to feel validated for his work on Atlantis: The Lost Empire and see it not as a failure but as a success.

But the group wasn’t done with him yet! Here is the hour long interview with Tab Murphy as he reveals behind the scenes secrets, as well as his story as a writer for anyone else out there dreaming of following in his footsteps.

And for all of you writers, filmmakers and dreamers out there, you may want to take heed of the lesson that Tab had to learn. Sometimes it will take a long time to gain the recognition you deserve. But you should never give up. Keep pursuing your passions, continue to create, not because it can bring you fame and glory, but because it is what you love! Keep trying, and one day, you too might be surprised to find out how many people enjoyed what you consider your failures.

Are you a fan who would like to join a like-minded group of Atlantis movie lovers? Find “Atlantis: The Lost Empireposting” on Facebook!
WARNING! You have to pass the quiz in order to be accepted! So make sure you know your favorite film before you try and get in! 😉