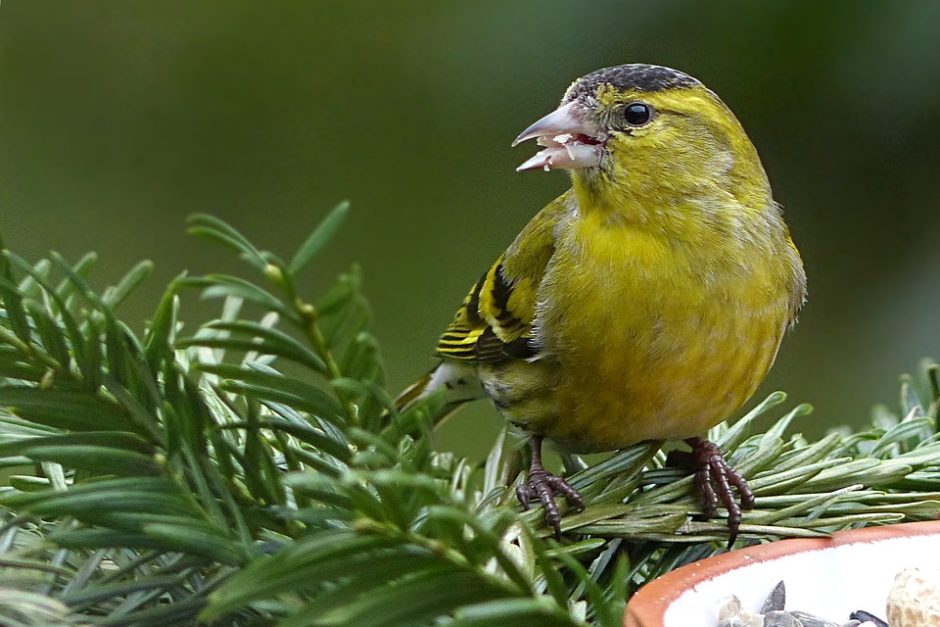 She had one of those yards that embraced the desert. Jimmy appreciated that. Instead of battling the cracked earth, bullying it into producing a lush green carpet of grass, the area around the small terra-cotta ranch was covered with carefully combed pebbles and dotted here and there with decorative rock gardens. The fence was weathered, cowboy wood, and against each fence post leaned an old-timey broken wagon wheel, never a circle complete. Cacti twisted toward the sky, nestled in with otherworldly species, spiny and savage and casting a forest of sharp shadows.

Jimmy eased the van up the cracked drive and turned off the engine, the sweet breath of the air conditioning dying against his face. He grabbed a large black duffle bag from the passenger’s seat and went to the door with swift, purposeful steps. His dark eyes scanned the street for witnesses.

Nice neighborhood. This was weird.

She answered the door promptly after he rang the bell, but not fast enough to stop the sweat from gathering at his hairline and armpits. Without speaking, he entered and quickly shut the door behind himself. She reached past him and pulled the curtains, and then waved him down the dim hallway into the family room, wading through the icy air. She must have kept it at 65, and there she was, walking around barefoot.

The living room was light, airy. The sun accepted the windows’ invitation and he was able to get a good look at her. Late 30s, early 40s. Short brown hair pulled into a wispy bun. A loose black dress of crushed fabric and turquoise jewelry. Tan, but freckled too.

“Thank you so much for coming,” she said, settling onto the loveseat and tucking her legs under her, threading her fingers together over her knee. “I really appreciate the short notice. You didn’t have any trouble with the tumbleweeds, did you?” She pointed a long, silver-graced finger out the back picture window. A huge pile of tumbleweeds had been gathered in the rocky back yard so they wouldn’t cover the landscaping or fly into the pool. The stack must have been six feet tall and twice as wide, the twiggy orbs weighted down with pieces of scrap wood. In the distance, ones that still had their freedom bounced along the horizon between houses in the subdivision. “I heard there was an accident up the way. They can get in front of your windshield or under your car…”

“Yeah, no problem.” He didn’t know what to do with himself, so he leaned against the arm of the couch and crossed his arms over his coveralls. “So, uh… where is it?”

She blinked, long, slow doe-eyes. “Well, it’s all over the house, actually.”

He stared at her, a long, canny-eyed burn.

“Okay, yeah, but, where did it happen?” he pressed her.

“…where did what happen?” Three slow blinks.

“It. You know. The event. It. The thing.” Silence. “That you need cleaning for.”

“Oh!” Realization flooded her face. “You think that…” She let slip a laugh. “Oh, no. Not that. Didn’t Cheri tell you?”

“Well, Cheri’s the one who told me about you,” she explained. “I was having my hair done-“

He waved her words away like a cloud of gnats. “She talked to someone else who contacted me. They just said you needed cleaning and that you were good for it.”

“I am,” she said, holding out her long hand in some kind of scout’s honor salute. “Good for it, that is,” she added. “I have the money.”

He scratched the skin under his left eye with the back of his thumb. “So what exactly am I doing here-“

“Ella,” she said, indicating herself, fingertips on her collarbone.

That was not why he had paused. “Don’t tell me that,” he said, flushing. “No names.”

“I’m… I’m sorry. God, I’m doing this all wrong.” Redness crept up her neck and threaded through her cheeks as well as her voice thickened. She sniffed and dragged the heel of her hand over her eye.

“I just want him gone,” she cried, leaning over the arm of the couch to pluck a Kleenex from its habitat. “Every piece of him. I want every inch of this place scrubbed clean so he’s not anywhere.”

Before Jimmy could say anything, she jerked herself up from the sofa and padded into the sunny kitchen, her bare feet slapping against the cold floor. He followed, and found her drawing a glass of water from the tap. There was a sugared doughnut on a plate with one bite taken out, disrupting the endless loop of carbohydrate.

While she drank, he shifted uncomfortably in the doorway. When he spoke, she turned and looked at him, putting her fingers on the back of her neck. “Look, just tell me what I can do to help. You say you got the money, so I’m here for you.”

Each of them in turn, without knowing the other felt the same, nursed a pang of acknowledgement at the intimacy of that phrase. She set down the glass and leaned her hip against the counter with a sigh. “A few nights ago I asked my husband to leave. He took some things with him, of course, but I boxed up the rest of it and put it in storage. This house is empty of everything of his — all the pictures, his clothes, everything. But I just can’t shake the feeling that he left something behind. That something of his is still here. And I think I’ve figured out what it is.” She turned and put her glass in the sink. “It’s, well, his fingerprints. Little hairs. Skin cells. His DNA. I want it all gone. Like he was never here.”

She shook her head.

He nodded, and uncrossed his arms. “Okay, yeah, we can do that. We can definitely do that.”

Jimmy got to work. Gloves, chemicals, vacuums, steamers. Erasure. Ella tried to help, but he wouldn’t let her. She settled on fixing them some iced tea. She brought it to him as he hovered over the bathtub, scrubbing the grout.

She opened and closed her mouth a few times, and then asked, “Are you married?”

He looked at her sidelong. “Divorced,” he said after a weighted, socially unacceptable pause.

“Can I ask what happened?”

He exhaled and righted himself, popping his back with a satisfying snap. “Cheated.”

She eased herself down on the john, her thin legs and the spread of her dress covering the Navajo-patterned toilet seat cover. The ice in her glass tinkled when she raised it to her lips. “See, I always thought divorce was about some big event like that,” she mused, picking at the dry skin of her cuticles. But it was really just… the little things.”

His face softened at the sight of her there, pretty jewelry and desert skin, hunkered down on a toilet. “Like what kinds of things?”

“Well… it’s hard to explain, I guess. I never liked that he took care of all the money and gave me an allowance every month. Sure, I didn’t want to bother with bills and balancing the checkbook, but it just felt… I don’t know, demeaning. Like I couldn’t buy a two-dollar nail polish without feeling guilty.” She shrugged. “I don’t know. Sometimes he would make comments about what I wore, or how I had more gray hairs. I had trouble figuring out when he was joking or not. He, uh, has this bird. A canary. Lemon.”

“Lemon was his name,” she said, “and even though cleaning the cage was supposed to be his job, I did it probably 90% of the time.” She set her glass on the sink and put her chin in her hands. “I know it’s stupid, but I felt like the bird didn’t…” she let slip a sad chuckle, “didn’t like me.”

“My wife had this goddamn terrible cat,” he revealed, reaching for another bottle of chemical for the sink drain. “God, that thing pissed everywhere, and it hated me.”

She laughed like a knot inside of her had come untangled.

He lifted his elbow and wiped work sweat from his forehead. Now he was glad for the frigid temperature of the house. “I don’t think it has to be a big dramatic thing,” he said, “I think it can be lots of little things. Bet that happens all the time.”

She smiled with one side of her mouth.

“Gotta do the toilet.”

“Oh! Right. I’ll, uh, I’ll get out of your hair.” She took his empty tea glass and her own, and disappeared into the kitchen.

Hours later, as the sun was setting in brilliant Technicolor, he zipped his bag and hefted it up to his shoulder. “Well, that should do it. No trace. Nothing left.”

“Thank you so much. I feel like there’s a weight off my shoulders.” She slipped her hand into a woven purse that hung on a hook near the front door, and withdrew a thick envelope. He took it from her outstretched hand.

He turned to leave, but paused with his hand over the knob. “It gets easier,” Jimmy said, turning back, running his fingers through his thick black hair.

She smiled, blotchy, homely, and honest.

Jimmy backed the van out of the driveway, but pulled over to the curb a few seconds later to unroll the window, fiddle with the radio, and light a cigarette. Movement between the houses caught his eye, and he adjusted his mirror to look.

She’d come out the back door with something yellow in her hand, and a long red wand. A dead canary and a grill lighter. She set its tail feathers alight, and tossed it on the oblong pyre of tumbleweeds and scrap wood. In moments, it was an inferno.

About Amelia: I am an Iowa native, freelance writer, and a secondary educator. My work has been featured twice in the poetry journal Lyrical Iowa. I blog monthly for the parenting website mom.me. My short story “Duck Pond” won first prize for fiction in the Springfield Writers’ Guild’s 2015 contest and appeared in the journal Intellectual Refuge (intellectualrefuge.com).  I am also a writer for for BigWorldNetwork.com, the world’s premiere episodic literary network. My serial novel, Harvest of Ash, appears episodically on the site in both print and audio versions. I reside in Iowa City with my husband and 15-month-old daughter.

Previous postPodcast: A Father Reads His Stories to His Daughter
Previous postWhen Trouble Is Truly Worth It: Two YA Book Reviews