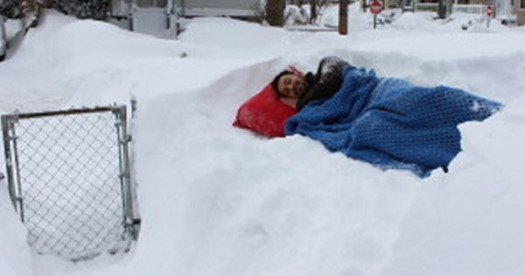 Lately, I’ve been hit hard by the busyness bug. In today’s society it’s hard to avoid. But it had gotten so bad for me that I’d started nodding off in the middle of lunch or while reading (War and Peace has been known to have that effect). At first I was annoyed that my body couldn’t keep up. However, I began to embrace the idea that maybe these naps were a good thing. The other day I had just woken up from a long winter’s nap and was greeted with the most pleasant surprise: having a song stuck in my head. But it wasn’t any song I’d heard before; it was one I’d just written during my nap. I scrambled to my computer to clickety-clack my verses down, shining with the glow that only a writer molting its writer’s block skin can have.

Scientists have found that naps can boost energy, creativity and productivity, quashing writer’s block in the process. Even the business world is catching the fever. However, not all naps are created equal. The length of your nap will determine what you get out of it and how you feel afterward. Dr. Sara Mednick suggests that a 90-minute nap can enhance creativity by allowing the brain to get one full cycle of sleep. Of particular importance is REM sleep – the final phase of the sleep cycle – when our most vivid dreams occur. Upon awakening after REM sleep the brain is still mulling over those dreams, which makes it ripe for harvesting for a creative endeavor.

Now I have incorporated a 90-minute nap into my daily routine (another perk of being a writer for a living). I’ve stopped stressing about not getting to bed on time or having to wake up early, because I know that halfway through my day I will get to recharge for Act II. And that sweet morsel of rested clarity directly following my slumber is the cherry on top of an already delicious nap dessert. So instead of reaching for an afternoon coffee to plow through the winter doldrums, do your body and your creative project a favor and reach for a blanket.