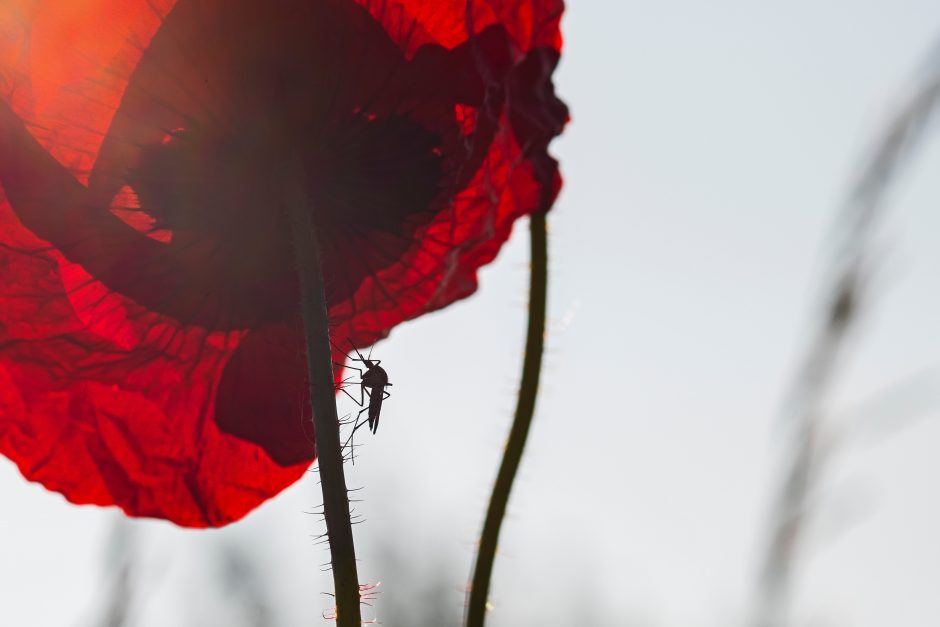 It took only a moment for her hunger to overwhelm her. In place of her contented satiation, there was a desire to feed that now burned inside of her, familiar yet new. It ached, burning inside. Instinct overrode any logic lingering in her mind.

She needed to feed.

She already knew that the usual fruits and nectars wouldn’t satisfy this craving. There was something more she needed, something vital and warm that would complete her. This was what she had been born to one day consume, and she was ready.

With a flutter of her gossamer wings, she leaped into the air in search of the nourishment she craved.

She flew for some time, her mind singly focused on seeking. It wasn’t long before she picked up the smell of a source. The sweet, heady aroma made every fiber of her body ache with need. She wanted to rush in and press her lips to the source, drinking in the rich liquid until her belly swelled, leaving her flesh taught and translucent.

But in spite of her longing, part of her brain knew better than to rush in. This was a test, and it was unlikely to be easy. She perched on a nearby flower, folded her wings against her bare back, and waited, watching. She saw no traps, no wary guards. There had to be something, though. It was never this easy, or her kind would be even more prolific than they already were. But she saw nothing.

She hesitated a moment longer, flicking her wings anxiously. But upon seeing no signs of danger, she lifted up into the air once more and flew forward toward her prize.

She made one circling pass to be sure of its safety, and then she landed at the veil, clinging to the warm surface with her slender limbs. Beneath her, she could feel the flow of the fluid from the other side of the veil. The smells were stronger now, overwhelming. A mineral sweetness overwhelmed her, and she began to salivate in her excitement. No longer able to contain herself, she lowered her mouth to the veil, which parted easily to her lips, and she greedily gulped down the hot liquid that rushed to meet her.

So engrossed was she in her gluttony that she failed to notice that she was no longer alone. The sudden wind against her wings was all that alerted her to the foreign presence. Luckily, it was all that she needed. She pushed away from her perch just as the guardian hydra smashed into the veil, right where she had been. The resulting gust blasted her through the air. She beat her wings in a desperate attempt to regain control of her flight. The guardian reared up and made a second attack. She dove to the side, missing the main attack, but the side of the thick neck of the beast connected with her miniscule form. She was stunned for a brief moment, her wings failing to carry her any longer, and she plummeted toward the ground. Jagged rocks rushed toward her to meet her as she dove down, no longer in control of her trajectory.

The earth was close when she snapped out of it. Her wings beat a powerful pattern, desperation pulling her upward at the last second to save herself from certain doom. Even if the fall hadn’t killed her, dangerous things lurked on the ground, things that would waste no time leaping on her helpless form and tearing her apart.

She didn’t dare risk returning to the source. She turned and darted away, hoping that what she’d taken was enough.

However, she soon realized that she hadn’t escaped the attack as unscathed as she’d thought. One leg was bent from the attack and now dangled uselessly below her. In spite of this, she would live, and thankfully, the pain hadn’t settled in just yet. She had more important things on her mind, like the cravings that still raced around her mind, still not fully sated.

But it was unlikely that the guardian would let one of her kind slip through twice. She would have to find another source, and quickly. Having already sampled the vital ochre liquid, her body demanded more. Just a few more sips, and everything would be alright.

She flew a ways and quickly picked up the trail of another pungent source. It wasn’t far. She’d just have to fly a little longer, ignore her twisted leg for a few short moments. Her desire was focused on that aroma, and soon her useless limb was forgotten.

Her goal was powerfully enabling. However, it was also cripplingly distracting.

Still far from her next source, she felt something cool and hard pluck her from the air. She became enveloped in darkness that at first seemed solitary until something large reached up from the depths and crushed her. There was then more tightness, an unbearable squeezing, and then she was washed in searing acids.

She had wound up inside the stomach of a mother swallow, who had been swooping through the air, seeking out mosquitoes like herself to consume. Her ruined leg was no longer an issue as her mangled corpse was pressed into a bolus made up of similar carcasses, a bolus that would later be regurgitated into eager mouths of the swallow’s young progeny, who must be fed.

Julian Warmington is an English tutor and queer writer who does his best to write when he can. He lives in Washington, where he shares his space with his two partners and a very loud tortoiseshell cat.

Previous post“Tatiana’s Tango,” The Poetry of J.P. Christiansen
Previous postJune Edition of “The Break from HOKAIC”