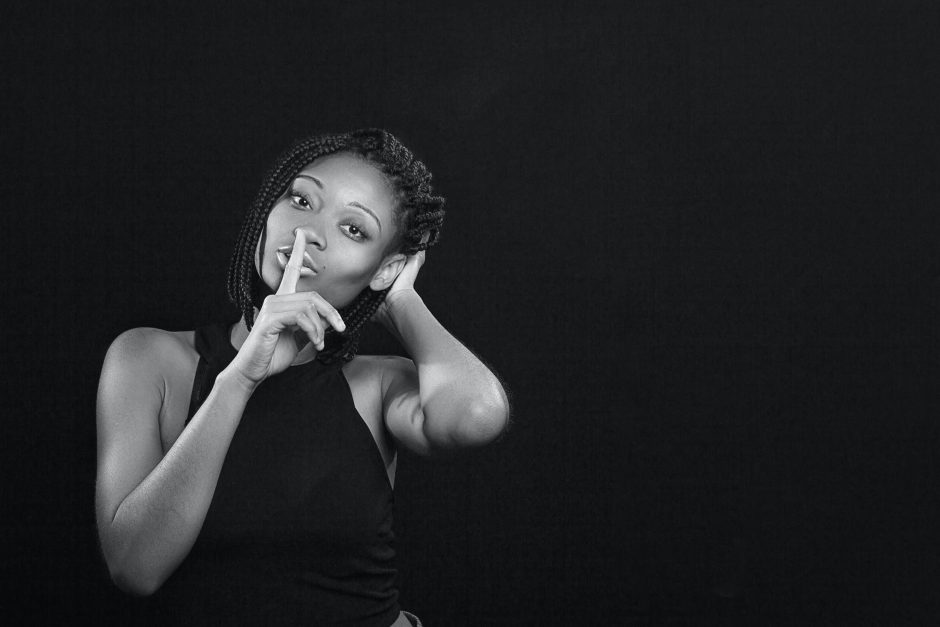 When my husband told me his mother was visiting London after our wedding in Nigeria when we last saw her, I remembered her not so soft hands tapping my buttocks, touching my breast and every crease around its plumpness, and saying –with a smile that did not wrinkle the skin around her eyes– “nwunye anyi, our wife, I’m just checking if your breasts have enough to support my unborn grandchildren.” I had a bland look on my face when she touched me, that is somehow the same now listening to my husband tell me of her coming to London. And soon I felt something I cannot see or name entering my body, and a damp wetness between my legs.

“I’ll finally eat good food” he added. Avoiding my face. “Oh, Chikelu you know cooking is not really my thing, I only do it because I’m married to you and so our children will not starve,” I said.

“Tell that one to my mother when she comes to visit” he said, raising his brows and lowering the sides of his lips as though to mock. “Oh please,” I responded, rolling my eyes while moving towards the window to see the view outside. I turned briefly to watch him. His legs were now on the couch and his palms tucked under his head. I turned back to the window.

“My mother will be so happy to see her grandchildren,” I heard him say, but I pretend I did not hear. “Why are you silent? Are you even hearing me?”

“Yes pumpkin, I’m hearing you,” I said, with a face that wasn’t as if I said anything.

Pumpkin was what I called Chikelu, and what I loved calling him. It was what I called him when we first met in the University of Calabar’s basketball court. He was watching me play that day, and I knew from the way he stared at me that it was more than admiration for a good player, but desire was laced in his eyes. I could tell, because I’m smart. And from the way he fidgeted when I approached him after the game and asked if he enjoyed the game. “Yes I did,” he had said.

“But why did you call me pumpkin” he asked.

“Because you look like one, but a beautiful one.” He smiled. And I noticed his front tooth was broken. But he still looked beautiful. The smile wasn’t anything different from the one he’s now wearing in our car to go pick his mother from the airport. “I’m glad after weeks of delaying her visa, she finally came.”

“I’m happy too,” I said, not sure if I was being honest or if I just said it to please him.

Chikelu’s mother did not look her age, or what I assume to be her age. And her fashion sense was on point. She was walking towards us at the airport with her arms stretched, and I noticed how her natural kinky hair was packed upward with a blond tip. And her wide flared brown trousers that highlighted her waist.

“My sweetheart!” She held Chikelu firmly. The normal way we hold loved ones we haven’t seen for ages. I was still taking her in, and her sharp resemblance to Chikelu. “Ugio-uni,” she said as she turned to me.

“What does it mean?” she asked.

“It means I hear from God.”

“Oh wow! Then I came to the right place, because I need to hear from God on what to do with my life now that my state government wants to demolish my shop and other shops around the area for their new project.”

“Mummy you did not tell me that.” Chikelu said.

“Well, I’m telling you now,” she replied, already moving outside the airport with one bag and leaving the rest for us to carry.

Taking Chikelu’s mother in is what I’m still doing. Starting from my going inside the kitchen to find her standing there with a spoon that had tiny shredded pieces of the bitter-leaf soup she was cooking. She was taking the kitchen in as I was taking her in. “Go call my babies to come and swallow,” she said, smiling. I noticed her toes as I turned to leave the kitchen and how the second toe of the right foot fused into the big toe to make it look like the head of a baby snake.

Chikelu’s mother’s four days with us were warm—her normal cooking for us and saving me the shame that comes with a woman not knowing how to cook, her normal calling me to apply cream on her back so it will blend with other parts of her skin and the massages she gives the children when their bodies ache. I do try to make breakfast at least. I made the okpa and custard we’re eating now, as we talk about going to the beach.

“Mummy you should come with us to the beach,” Chikelu said.”

“Haba mummy no one will be home with you.”

“No one has ever been with me ever since your father left me to marry another wife,” she replied.

Chikelu turned to me and I looked away, watching my food instead. “Ugio-unim will stay home with you while I take the kids to the beach,” he said. I hit his leg under the table and he yelped in pain. Chikelu’s mother noticed, I’m sure, but pretend not to notice. “I could braid your hair while at home,” she said, watching me to read what my face was saying and not saying.

The two cornrows she had done were firm. And she stretched each one against my back in a gentle way to make sure its edge doesn’t fold. She followed the imaginary line each hair tip made with her fingers down to my lower back and near my waist. Maybe she loved my rashless back and how it was as soft as chewing gum soaked in saliva. She was done braiding. She stood up and told me to lock all the doors, while she went to wash out the grease from her hands.

I locked the doors and sat on the floor. Chikelu’s mother was standing by the chair closest to the dining room, wrapped in a white towel that covered only her breast and her buttocks.

“You’re very beautiful” she said, moving to the chair near where I sat.

Her smile was wiry. “It’s clear from you.” I didn’t smile back. “I want to touch you Ugio-uni” she continued.

“You’ve been touching me, Obioma,” I said. Something felt different calling her by her name. As though an omen of equalness and sameness.

My feet were now fat. Or I assume were now fat. And seemed too heavy for me. I did not say anything. I remained silent for a while. She was close, this time putting her fingers in my short silk gown. We exchanged gazes and it was intense.

“Kiss me, Obioma, kiss me, oh….” I finally said. Dragging myself to engage in this ritual in which one doesn’t allow one’s head to deny one’s body. The front door creaked. Only someone with an extra key would open the door, I thought, pushing Obioma from my body.

Unimke Ushie is a Nigerian poet and short story writer. He is a medical science student in the University of Calabar. He was shortlisted for the Linda Ayade literary art contest 2019 & his poems have appeared in Nnonko stories, & in the Nigerian Students’ Poetry Prize Anthology 2020. He writes at night, when the world is quiet & he and his words are awake.