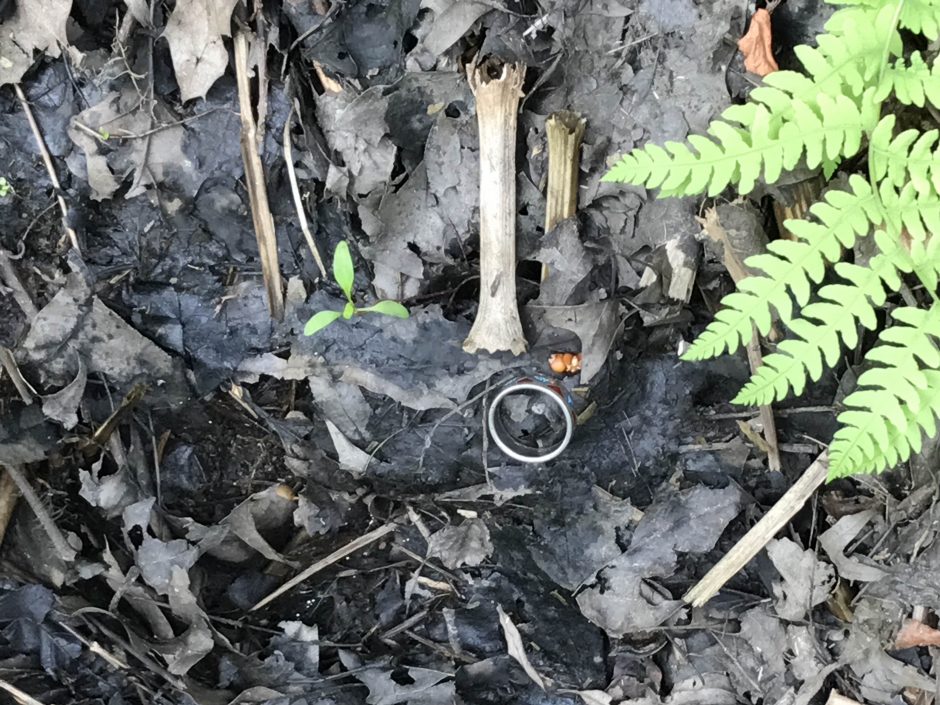 Editor’s Note: John Grey graced our ‘zine with his poetry last year. Here are three new poems from his pen, and in August we shall publish three more, so you can savor each one.

to a wrecked season,

as wet grass on the feet

merely adds to the machinery of bitterness

until I come across the river

is quieted by discovery

it’s been lost or tossed –

in the same situation.

do I really need all this?

I can live in my brain.

Maybe I should just jettison the body.

Then there wouldn’t be these nerves

And the stupid nose of course,

tracking smells wherever it may find them.

Not forgetting the ears,

aiders and abettors of the sounds of others.

I could do without the duplicitous tongue,

servant to both the word

and the ever-demanding stomach.

My brain can create.

And it can remember.

They say it’s smarter than

even the most sophisticated computer —

freed of all senses,

it would never have to know that.

But what about the heart, you say.

The brain is logical

but can it love?

Yes, the brain is logical.

MY EXPLANATION AS TO HOW WE ARRIVED AT THIS PLACE

I was the one who slipped stealthily through palace walls,

who clung to the shadows of the flaming torches in the hall,

who gripped the columns, grasped the stones.

I was not the guy in the bar

talking up the wreckage of one marriage,

in how to put together the next one.

I was in Camelot, or Fotheringay,

That wasn’t me on bar-stool throne,

one hand corralling a beer glass,

the other hanging off the side

I was the one you glimpsed by the fountain’s amber gloss,

in the enfolding red-green flesh of garden.

I made a lady-in-waiting catch her breath,

a peacock scream, upset a suit of armor.

with their slicked-back hair and florid faces,

I was threshold moonlight, Paris and Young Lochinvar.

I was brash as any ever seized a maiden

but I burst with stars and myth and romance.

I swept you off your feet and out the door

I didn’t grope. Nor did I lie.

I wasn’t drunk and settling for you

but high-spirited and taking what I had to have.

Afterward, we ate breakfast in a small restaurant at dawn.

Street-cleaners came by, swept up one story.

Sun dazzling through glass told the other.

John Grey is an Australian poet and a US resident. His poetry was recently published in Homestead Review, Cape Rock and Columbia Review with new work upcoming in Louisiana Review, Poem and Spoon River Poetry Review. Fictional Café was graced with his poetry last year. Next month we will publish three more of John’s poems.