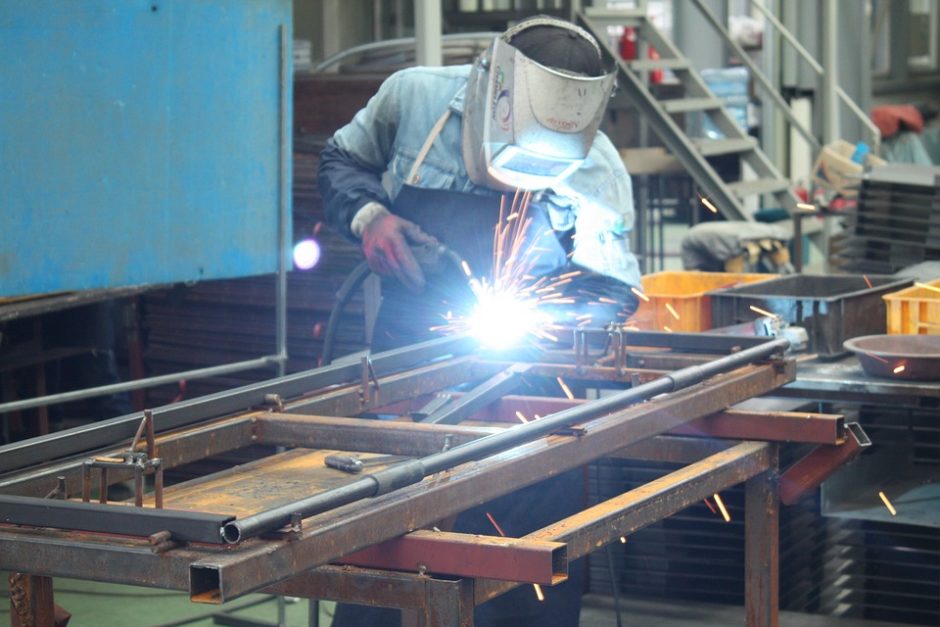 DEAD MAN PLUS INDIFFERENCE
In the fading light of a city block,
a soul’s stretched out on the bed
of a second floor tenement,
smeared with goo that attracts insects,
shiny black things mostly:
one that crawls across his lips
as if testing his breath for takeoff,
another with a wobbly gait
like a drunk on a spree
that finally drops into his earhole.

On all sides – percussive indifference –
staircase trampled by incessant feet,
room above a cacophony of chair scrapes,
apartment below, an interminable coughing fit,
outside, traffic noise
and the usual sidewalk hoodlums,
loud veterans of their own impatience
to be richer than their friends in jail.

Dead man’s unmoved by the world around him
as he is by the tiny creatures clinging to his skin.
In better days, he would have swished
the beasts away and laughed.
But lives evolve like ant hills.
When you’re done, the colony moves in.

THE FACTORY WORKER
He didn’t look like a poet.
It must have been
the greasy blue overalls
and the close-cropped hair.

While reader after reader
dressed in college-crowd chic
took the microphone,
he sat solemn-faced at his table
with a few scraps of paper in front of him,
sipping on black coffee
while listening intently to every word spoken.

With a break in the proceedings,
I asked him what kind of poetry he wrote.
“Factory shit,” he said.
“Assembly line stuff.”

I suggested he read some of his work
but he said it wasn’t good enough.
Besides he reckoned
his voice was too rough to be easily understood.

He seemed content to just sit there,
taking in all the love, political, language, philosophical,
nature, beat, confessional poetry
that the metronome renditions of their authors
could offer.

After two hours
of what I’ve suffered through
in just about every coffee house
in the country,
I left there with this urge to hear
factory shit, assembly line stuff,
read by a voice too rough to be understood.

I walked by the ramshackle old
costume jewelry sweatshop
just after the second shift was letting out.
I came so close to getting my wish.

TO HELL
The fiery hell and damnation God
always has my mind heading for the exits.
I figure I could just as easily
thump myself upside the face
for my minor discretions.
What would He care anyhow
for the sinners in this nondescript town,
when most of the planet
lives under some crazy executioner’s
double chinning grin?
Maybe I should chastise Him
for not knocking a few of
these bloodthirsty lunatics
off their insane rockers.
I’m sorry but my self-hate
can’t get behind my
occasional married glances
in the direction of a pretty young woman.
My guilt can live with
all thoughts of unconsummated murder
of some obnoxious TV talking head.
The priest says we’re all going to hell.
Then we’d better get moving.
Much of the world is there already.