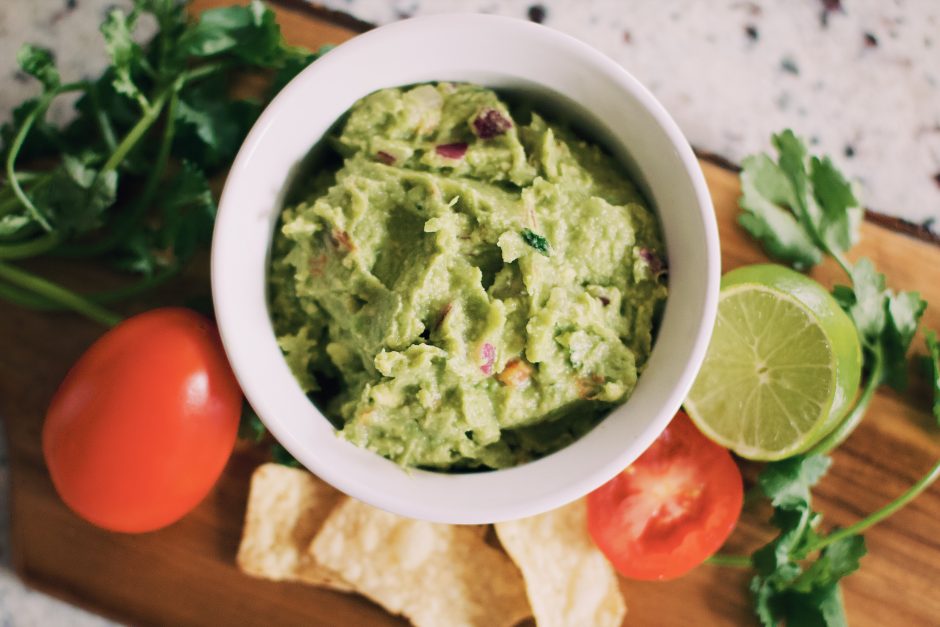 Horace reaches for the party-sized plastic tub, hits it with his thumb and pushes it off the coffee table. The tub falls face-down, sending gobs of guacamole exploding across the new cream-colored Berber carpeting, instantly transforming its surface into an abstract painting of green clods and speckling red.

He slides off his lounge chair and kneels next to the goopy mess. Silvia will be home soon from her therapy appointment. There’s going to be hell to pay and he needs to think quickly. Grab something to sop up the carnage— a rag, a towel, a sponge. Maybe something like a trowel to first scoop up the worst of it. Armed with a spatula, he attempts to spoon up the chunky clumps but he only manages to spread the catastrophe further. He tosses the guac-covered spatula into the kitchen sink, pelting the wall behind it with green dabs. He’ll deal with that later.

He fills a bucket with soapy water and snatches a sponge. Rushing into the living room, he trips over the step-up in the hallway and stumbles, sending the bucket’s contents across the carpet. The sudsy stream sloshes over its surface like a tsunami and flattening mounds of guacamole into a soupy green morass.

He rushes to the linen closet and pulls out several towels, sending the rest tumbling onto the bathroom floor. He tosses the towels over the algal waters and begins stomping on them in a mad fandango. The green stains are seeping through the terrycloth, confirming his strategy is working, though he realizes those white towels with the embroidered pink rose-petals he’s using are the expensive ones Silvia reserves for guests. He wrenches open the patio door and tosses them out onto the deck where they land with soggy splats. His hasty lob has left a wet green trail to the open door, like a marker leading to evidence of a crime.

Horace remembers that Silvia keeps her cleaning supplies, including a variety of carpet solutions, in the pantry closet. He has lost his glasses during his rescue efforts, but he is quite sure that he’s chosen the correct cleaners. Heading toward the disaster zone wielding two spray bottles, he notices that in his haste he’s left a track of chartreuse footprints and wisely places his feet in the same spots on his return.

He’s relieved to see that the waters are receding, but when places his hands on the carpet’s surface he realizes they have merely begun to soak into the fibers. He sprays from both of the bottles and then starts rubbing at the carpet stains with a dry rag, ignoring Silvia’s frequently repeated admonitions to “always blot, never rub.” Some of the spots seem to be dissolving. By the time he’s finished, maybe she won’t suspect a thing.

He stands to survey the flooded terrain like a pilot looking down at the Louisiana bayou. Some of the lesser stains have faded from dark viridian to a fainter hue, but the largest ones still resemble verdant archipelagos surrounded by an ocean of fibrous white nylon. He’s shocked to see that ghostly patches are appearing in the areas he’s just sprayed. Sniffing the bottles, he realizes that one of them contains bleach.

Silvia is going to excoriate him mercilessly, reminding him of how much they’ve just spent for the new carpeting and assert that the mess he’s made is beyond fixing even by the most adept carpet cleaning professional. He will apologize profusely, explaining that it was an accident, but he will still pay for his mistake. His wife will exact costly reparations, forcing him to finish the landscaping he began last year and never finished and clean out all the debris he’s accumulated in the garage. He will have to agree to let her mother visit them for a month and will be exiled from his lounge chair for who knows how long. He’ll have to watch Sunday’s football game on the bedroom’s small screen. And forget ever again purchasing a tub of guacamole.

He steps onto the deck to collect the sodden towels and places them in the bucket with the other mitigation aids. He loses his footing and slips on the slick surface, falls forward and cracks his forehead on the edge of a deck chair. Dazed, he tastes blood. It’s running down his nose and cheeks. He pulls a towel from the bucket, squeezes it dry and wraps it around his forehead.

Perhaps, thinks Horace, Silvia will take pity on him.

William Torphy’s fiction has appeared in numerous magazines and journals, including Bryant Literary Review, The Fictional Café, Sun Star Quarterly and Chelsea Station, His cultural commentary has been featured in Solstice Literary, OpEdge and Vox Populi. Ithuriel’s Spear Press has published “Love Never Always” (poetry collection), “Snakebite” (young adult fiction) and “A Brush With History” (biography). His short story collection, “Motel Stories,” is to be published by Unsolicited Press. He has recently moved to Wisconsin from the San Francisco Bay area. You can visit his website here.