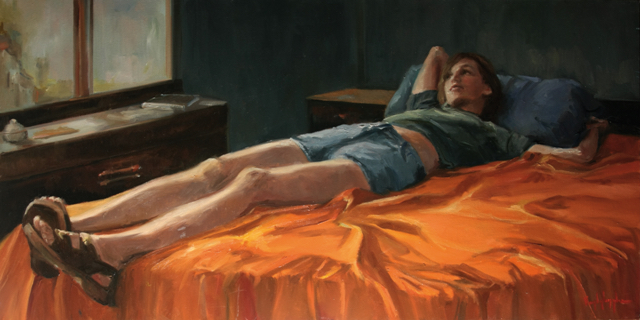 Editor’s Note: Earlier this month, Jack traveled to the French countryside for a little workation (that’s work-vacation). He discovered an art gallery and immediately knew he wanted to feature some of the art on the Fictional Café. Galerie Zon Zon curator Danièle Maguet generously agreed to let us feature some of the work that the gallery has up this month in Brest, which sits on the coast in Brittany in Northern France. Without further ado, we present the paintings of Sylvie Vanlerberghe. 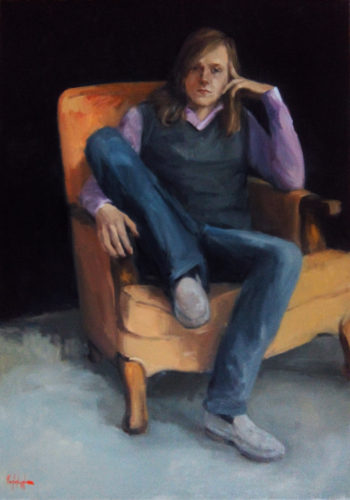 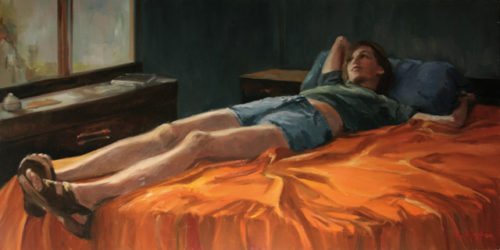 was born in Marseilles in 1963. She moved to the the Yvelines department of Île-de-France, Paris, in 1986, where she still lives today. Sylvie works in various studios in the Paris region, and currently teaches painting in Gambais and in Paris. She has received several awards: a silver medal at the Salon of French Artists in 2013, the Marin award at Bourg-la-Reine in 2011, and first prize at the Independent Artists Salon at Chaville. She is a member of the Taylor Foundation.

Sylvie’s work is currently on display at Galerie ZonZon in Brest, France. For more information and to see more of her paintings, please visit Galerie ZonZon or send an email.