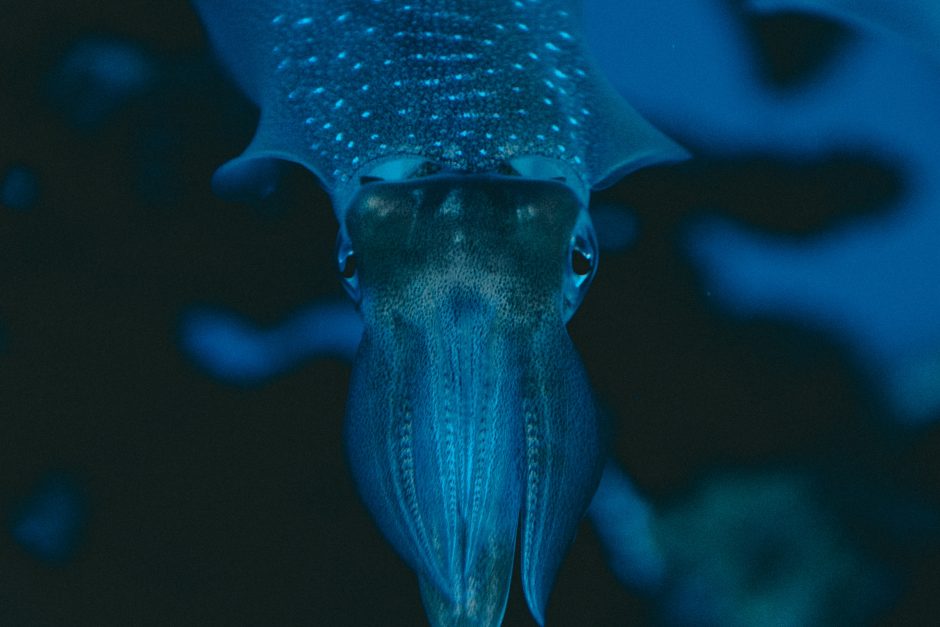 Every time Amanda cried black ink, people thought it was her mascara running. Sometimes a concerned fellow female, in trying to be helpful, would recommend that she try a waterproof variety, since there were so many on the market and were actually quite effective at preventing embarrassing smudges. She always tried to explain after politely thanking these women that she was not wearing any makeup, but they never seemed to believe her.

Amanda’s parents first noticed the color of their daughter’s tears when she came slipping and sliding out of the womb at Lenox Hill Hospital one early winter morning. As soon as the cord was cut, little Amanda’s eyes spouted like tiny oil wells that ran and dribbled into the creases of her new baby flesh. The doctor who delivered her and others who were consulted could find no reason for it. Thinking first that the black tears were a result of toxins in the body, they took all kinds of tests with no conclusive results. Finally, one of the nurses, whose brother was a printer, took a sample of the baby’s tears to her brother’s shop where they were proven to be a type of water-soluble ink typically used in erasable pens.

From a young age, Amanda was acutely aware of her embarrassing condition. The other children made fun of her, called her Inky Face, and in later grades Squid Eyes, after a trip to the natural history museum where her class took a tour of the Hall of Ocean Life. As she grew, Amanda sought out friends who, like herself, had special characteristics. One girl, born with a caul over her face, predicted the answers to every test in every high school class they took together. Another had a yellow birthmark on her neck that glowed orange whenever rain was approaching. In college she dated a boy who could see ultraviolet light and who speculated that her inky tears might be the result of a genetic mutation arising from an ancient ancestor with a penchant for eating pigments. Still, in all her searching and all her relationships, Amanda never met another living person who cried rivulets of black.

Amanda’s doctor, the same who had delivered her, said nothing could be done about it. He assured her it was not life-threatening and suggested she keep an extra packet of tissues in her bag for special events when crying might seem likely, such as weddings, funerals, and the occasional sad movie. Yet Amanda became increasingly despondent as she grew older. She took comfort in visiting museums and attending concerts, as if by immersing herself in the artistic expressions of others she could somehow exorcise her melancholy burden.

One sunny afternoon on a cool fall Saturday, Amanda found herself wandering through the galleries of the Museum of Modern Art. The signage at the entrance when she purchased her ticket had announced a special exhibit on the works of Otto Dix. Now stumbling upon it, Amanda entered a room of black walls punctuated with white sheets of paper depicting scenes and figures in lines of black and white. One section of the exhibit featured a set of fifty related works which the label on the wall declared to be Dix’s portfolio, The War. Here Amanda slowed, taking in each scene with alternating horror and pity. She passed images of destruction, of rotting corpses, maggot-infested skulls, nightmarish figures advancing in gas masks. In one etching, a plane swooping down over a city scattered survivors who ran for their lives: a child and a woman holding a baby fled on one direction as a terrified old woman fled in another. The old woman’s face was contorted, with startled eyes, cartoonish in its expression.

Amanda could not turn away. Slowly . . . slowly . . . slowly, she began to feel a surge in her eyes. Blackness flooded her vision before clearing as the flow cascaded down her face, down her neck, down her clothes, and onto the gallery floor.

Amanda’s tears would not stop. They trickled over the boots of the man who stood beside her, around the shoes of the fashionably dressed women by the gallery entrance. The museum guard tried to stop the flow by bending down with a handkerchief, but the tears were unrelenting and dribbled like a stream of mercury out of the gallery and down the main hall. They flowed past the rest rooms and the elevators, down the steps and all the way into the no-visitors-allowed office area where they continued under the door of one of the curators and onto a sheet of blank paper that had just fallen from his desk.

As he reached down to retrieve the paper, the curator watched the thin stream of ink form graceful curlicues on the page, meander into shapes of angels hovering over cowering humans, of rays of light lifting dead souls, and soldiers returning home to the arms of their wives and mothers. When the drawing stopped, he followed the trail of dried ink out of his office and into the gallery of Otto Dix’s art where he found Amanda still standing before the image of the terror-stricken old woman with the startled eyes. Here, he thought just before approaching her, was a fresh new artist whose gifts would go far.

Lisa Sita is a writer of fiction, creative nonfiction, and poetry. She holds an MFA in Writing from Lindenwood University and an MA in Anthropology from The New School. Lisa’s professional background includes work as a museum educator, curriculum writer, and student advisor. She is currently an adjunct lecturer in anthropology at the City University of New York. Visit her website.