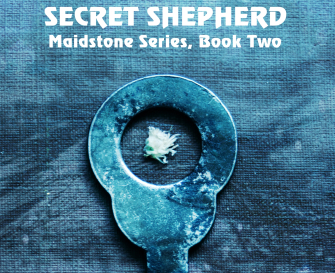 Editor’s Note: Due to the length of this excerpt from James Osborne’s new novel, we are presenting it in two parts, today and tomorrow. This is an excerpt from the book SECRET SHEPHERD, copyright © 2018 by JAMES OSBORNE. Published by Solstice Publishing Inc. Excerpted by permission of the author. All rights reserved.

Paul Winston embraced his friend awkwardly. Both wore knee-length parkas against the 30 below zero cold, their hands thrust deep in double-layered mittens, their feet clad in fur mukluks.

Paul had just arrived on a chartered plane in the remote First Nations community of Namusat in northern Canada, after a long flight from his ranch near Colorado Springs, Co.

As they walked toward the tiny village, Paul could see Dan was struggling with his composure.

“Are you sure they were suicides?” Paul asked, as much to distract his troubled friend as to seek details.

After receiving Dan’s call for help, Paul researched what had been described as an epidemic of suicides among Canada’s indigenous youth. Hundreds had died. Numerous studies came to the same conclusion: a lack of hope… despair, really. Having realized their futures would lead almost inevitably to alcoholism and drug abuse, just like their parents, siblings, friends and others in the community, a growing number had chosen suicide as the preferred alternative.

“Thanks for coming,” Dan said, still fighting for control. “I didn’t want to impose on you, but I was hoping you might bring a fresh perspective… some insights, to this terrible tragedy.”

“Hey, we’ve been friends since college,” Paul said. “Of course, I want to help in any way I can.”

While the two men walked, Paul scanned the surroundings. Accumulated snow reached halfway up the squat walls of ramshackle homes. Winding roads formed a haphazard confusion of narrow passageways serving as roads piled high on both sides with snow.

Most homes looked unfit for human habitation, but were in obvious use. Wood smoke rose casually out of rusted metal chimneys poking up at odd angles on the snow-laden roofs, the eaves host to long thick icicles, many reaching down into the deep snow.

Paul watched as innocent little children ran in all directions on the roads playing made-up games, oblivious to both the frigid temperature and the tragedies in their hometown. Dogs joined them, loping and sniffing here and there, occasionally lifting a hind leg beside the snow outcroppings, marking their passage with yellow stains, joining their predecessors’ signatures.

On what seemed like the main road, Paul watched a scattering of half a dozen lone adults shuffle along independently, heads down, seemingly en-route aimlessly to unknown destinations. A few vehicles, mostly pickups and snowmobiles, sat beside the road belching exhaust from engines left idling to keep warm. Other vehicles, looking distressed and unloved, squatted deep in the snow, some windowless, their engine hoods yawning skyward on behalf of their rusting bodies.

“Are the elders here yet?” Paul asked.

“They came early,” Dan said. “Been meeting since yesterday.”

He turned away self-consciously to wipe at his damp eyes and runny nose, his mittens dangling from bright red strings disappearing up the sleeves of his deerskin parka. He blew his nose and said, “They’re waiting for us now at the school. It’s Saturday so there are no classes, of course. The principal said we could use the school this weekend. She asked us to pay for the fuel oil to heat it. It’s very expensive up here. At night, when the children aren’t in school and on weekends, the heat is turned off to save money.”

Far down the road Paul saw a large nameless building he assumed was the school. Little paint remained on the clapboard siding. On the roof, two ragged blue plastic tarps covered what Paul guessed would be holes in the severely buckled shingles. An absence of snow on the roof revealed the lack of adequate insulation in the attic.

“There’s no running water in the school… never has been,” he said. “Most of the homes don’t have running water either. A few did a long time ago, but the water system broke down. There’s no money to fix it.”

Dan interrupted, “Wells in summer, and now bottled water and melted snow,” he replied. “And outhouses, mostly. In some cases, they have to throw it into the bushes.”

“This is awful!” Paul said.

“None of these homes was designed to have wood stoves,” Dan said. “The people had to improvise… they had to install their own. Otherwise they’d have frozen to death. Some federal bureaucrat years ago decided my people needed new homes… homes with furnaces in the basement. Guess what? No basements were built so there could be no furnaces, and there was no fuel anyway. The houses arrived fully equipped with plumbing. Guess what again? No sewer or water systems either… and no functioning water treatment plant. What kind of message do you think that sends to my people?” Dan asked.

An elderly woman limped out of a narrow walkway leading from an aged house. Bordering the passageway on both sides were six-foot snowbanks. Paul and Dan waited as she walked stiffly toward them, leaning heavily on a homemade cane clasped in her right hand.

“Hello, Emily,” Dan said. He smiled warmly as he embraced the old woman, dressed in a tattered caribou hide parka. “I want you to meet Paul Winston. He’s a friend… came to the meeting of elders.”

Emily Amanust nodded at Paul, shifted the cane to her left hand, and held out her right. She displayed respect but little deference for Dan, recently elected grand chief of the Assembly of First Nations of Canada.

“Emily is a retired chief of Namusat,” Dan said. “She is much admired here and far beyond this reserve for her great wisdom.”

Emily’s expression did not change. Paul watched her look intently at him.

She spoke, her voice sounding weary but strong, and not unkindly, “Many came from outside before you. Maybe they meant good. They just made things worse. Are you one of those?”

“Where do people work?” Paul asked, avoiding the question while trying to inject a more positive tone.

“We have no jobs,” Emily replied. “My people hunted and trapped and fished this land for many generations… thousands of years. They did good. They weren’t rich, by white man’s ways today, but they supported their families. We were a proud people then. We looked after ourselves.”

“The colonizers came and after them the government,” Emily replied.

“What do you mean, Emily?” Paul asked.

“For thousands of years our ancestral hunting and fishing grounds have ranged many days walk in all directions from here. In those times, our people moved often, to keep from over-hunting and over-fishing. It was our way. We understood and respected nature.”

“Those were their jobs,” Dan added. “Hunting and fishing. That was their work… that is what they did for a living, their careers. It was like that everywhere. Those jobs were taken away from them! I’m not sure who said it first, but we are living proof that people need just three things in life in order to be happy: someone to love, meaningful work, and something to look forward to. The government has taken from us two of those. Our people have been left with no way to support themselves and no hope of ever being able to do so. That is at the heart of our problems… that is the source of our despair.”

They proceeded slowly in silence, Emily walking between Paul and Dan.

James Osborne is the author of the novel The Ultimate Threat. His latest novel, Secret Shepherd, is the second volume in the Maidstone series. This two-part excerpt is taken from Chapters Six and Seven. Used by permission of the publisher, Solstice Publishing Co. All his books are available on Amazon.

Osborne is also the author of more than 120 short stories and essays. Many have appeared in dozens of anthologies, and literary and professional journals. Samples of his work can be found on his Amazon author’s page: www.amazon.com/author/jamesosborne. Osborne’s varied career includes investigative journalist, college teacher, corporate executive, business owner and army officer.