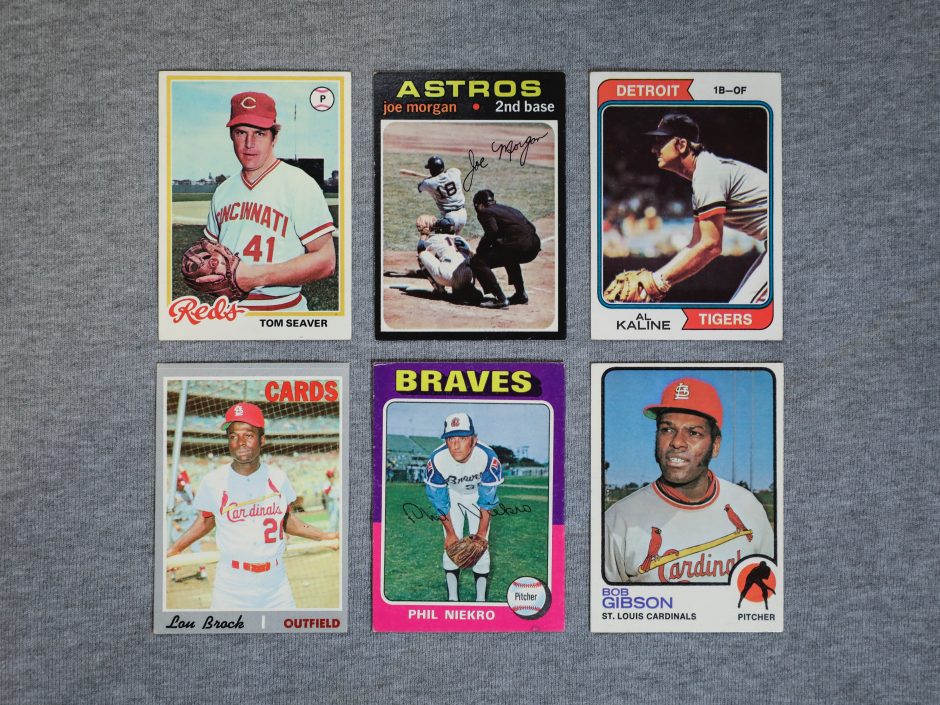 The World Baseball League was born in the sixties in our suburban home in Virginia.  My kid brother and I invented it on a sweltering Fourth of July. It was a heroic invention—a vehicle by which two nerdy kids might share the aura of champions. Armed with dice, meticulously drawn charts, and a cardboard baseball diamond, Robbie and I commanded the destinies of twenty baseball teams. We played daily throughout the long hot summers—up to six games a day—and we tweaked team standings and player averages after every game. So absorbed were we in horsehide heroics that we rendered the summers neither long nor hot.

Our rosters consisted of four hundred individual players each represented by a 2” by 2” square of cardboard. Batting averages, fielding percentages, slugging potential, and base- running speed were recorded on each of these squares along with the name and number of the player. To avoid the stigma of favoritism, we recruited our teams liberally. Movie stars, politicians, and demagogues were included among the players—each with his respective stats. Even so, we did have a favorite player: a switch-hitting, rawboned youth whom we named Sandy Ajax. Although he was a made-up character, he was entirely real to us.

So enthralled were we by the World Baseball League that it had become hallowed ground. Everything else—sleeping, eating, jacking off—were pallid distractions we had to fulfill to return to our field of dreams.

Although Robbie and I are now in our seventies, we still live out our glory days. When we meet at family reunions in Rehoboth Beach, Delaware, we reminisce about the World Baseball League. I might ask him, “Do you remember that triple steal I pulled off in our first World Series?” Robbie might say, “Do you recall the trade we made in ’64—when I gave you Willie Mays and Hitler in exchange for Joe DiMaggio. Joe got hot and hit four home runs in a division playoff game.”

My wife Mary is less than enchanted by these lively conversations. “You were a couple of dorks rolling dice in a basement and pushing cardboard squares around. Don’t you have anything better to talk about than that?”

When I assure her the World Baseball League is worthy of reliving, her stock reply is, “Have fun, you two. I’m going to the beach.”

One day, when Mary returned from the beach, she left her towel on the porch. “Don’t bring your beach towels into the house,” she ordered. “They’re too sandy.”

Robbie’s eyes grew distant as though he were listening to faraway music, and I knew instinctively what he was thinking about.

“Yes, I remember him too,” I said as I watched his eyes brim with tears.

We were thinking, of course, about Sandy Ajax, who lasted only one season. Of all the stars we commanded in our pursuit of epic glory, not one of them shone brighter than that stalwart, tireless lad. Sandy got his start playing sandlot baseball somewhere in Oklahoma, and his prowess was such that he was eventually recruited by one of Robbie’s scouts. As graceful as a gazelle, as unassuming as a spaniel, Sandy turned Robbie’s hapless Potomac Patriots into a World Series contender. I remember his flowing golden locks as he slammed fifty-seven home runs; I remember his blazing throws from left field as he cut runners down at the plate. He captured our hearts with the ease with which he stole thirty bases, and even though he competed against my teams, I loved him like a brother.

But Sandy’s glory was fleeting because the baseball gods took him away. You see, each season, a player took his chances against the injury chart. If his manager rolled snake eyes, that meant the player had pulled a hamstring, a sprain that would keep him out of action for seven games. It also required the player to survive a second roll of the dice. A second roll of snake eyes kicked his injury up a notch: it meant the player had broken his leg and would miss an entire season. Still, a third roll of the dice was required to fully define his injury, and if snake eyes were rolled a third time, it ended the player’s career. It meant that a beanball had brained him and put him into a coma.

The chances of rolling three consecutive snake eyes are one in forty-six thousand, but when Sandy was matched against the injury chart, Robbie rolled snake eyes three times in a row. I recall Robbie’s stunned expression as he looked at those damnable dice—it was the same look he had on the day that Alfalfa, his pet gerbil, died. “C-c-an’t we forget the rule,” he stammered. “It will only be for this one time.”

“No,” I said as the chill of winter paralyzed my heart. “If we fail to apply the rule, it will make the game inauthentic.”

I recall Sandy lying in a hospital bed with an IV stuck in his arm. I remember the doctor telling us that only fluids could keep him alive. I recall that fateful day Robbie and I decided to pull the plug—we howled like abandoned puppies as we watched Sandy’s life drain away.

We cremated his square in a matchbox, and our tears nearly put out the flame. Afterward, we scattered the ashes in the stream behind our house. “Let’s keep this short,” I told Robbie as the stream swept the ashes away. “If we mourn him by his worth, our grief will never end.” Still, we played every subsequent game as though we were in a trance. The ghost of Sandy hung over us with every toss of the dice.

“Yes, I remember him,” I repeated as Robbie wiped a tear from his eye. Even though sixty years had passed, Sandy’s glory was still alive.

“It was those goddamn dice!” I replied.

Robbie slapped his forehead as though punishing himself for tossing the dice. “Oh, Sandy, we hardly knew you,” he said, and he once again started to cry.

“What happened, did somebody die?” Mary said as she burst back into the room. The sound of our wretched sobs had bled the color from her face.

“Not in our memories,” I replied. “Sandy Ajax will always live there.”

“Sandy Ajax? Who are you talking about?”

“The most promising rookie of all,” I replied, “and his star had just started to shine. He’d have broken every record if those damn dice hadn’t cut him down.”

“My god!” Mary cried. “The way you were bawling, I thought he was somebody real. But you’re blubbering over a character from that ridiculous baseball game.”

“Don’t talk that way about Sandy,” I snapped. “You never saw him play. He could even hit a knuckleball—that’s hard for a rookie to do.”

“He was a stupid piece of cardboard,” she said. “I don’t need to know more than that. What am I going to do with you two if you won’t stop making things up?”

I felt no need to apologize as I watched Mary storm from the room. I could only respond to those arbitrary dice that had shattered our field of dreams. Even now my heart aches like a migraine and my grief is too raw to command. Oh, Sandy, we hardly knew you, I thought, and I buried my face in my hands.

James Hanna is a retired probation officer and a former fiction editor. His work has appeared in over thirty journals, including Sixfold, Crack the Spine, and The Literary Review. He is also a prior contributor to The Fictional Cafe. James’ books, three of which have won awards, are available on Amazon.