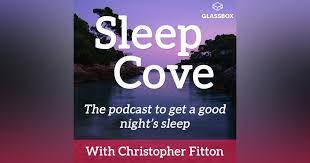 In an effort to find stories to help me fall asleep, I ran into “Poirot Investigates” by Sleep Cove. I have always been a huge fan of Agatha Christie, while the soothing music and voice of the narrator, Christopher Fitton, is very helpful for slipping into the arms of Morpheus. (Not the guy from The Matrix, the god of Sleep.)

Warning: Please make sure you are comfortably seated or lying down before you listen!

First Up, is Poirot and the Adventure of the Flat.

Hastings is at a friend’s house with several other people when the talk turns to flats and houses. Mrs Robinson tells the party how she and her husband have managed to obtain a flat in Knightsbridge for a very attractive price. Poirot is interested and decides to investigate.

Next up, Poirot and the Million Dollar Bond Robbery.

The fiancée of Philip Ridgeway asks Poirot to prove his innocence. Ridgeway is the nephew of Mr Vavasour, the joint general manager of the London and Scottish Bank and a million dollars of bonds have gone missing whilst in his care. Poirot meets Ridgeway at the Cheshire Cheese to hear the facts of the case: Ridgeway was entrusted by his uncle and the other general manager, Mr Shaw, with taking a million dollars of Liberty bonds to New York to extend the bank’s credit line there. The bonds were counted in Ridgeway’s presence in London, sealed in a packet and then put in his portmanteau that had a special lock on it. The packet disappeared just a few hours before the liner on which Ridgeway was traveling, the Olympia, docked in New York.

To hear more stories from Sleep Cove, check out their Youtube page HERE.

And if these stories weren’t to your liking, check out our Audio Arts Page next time. We upload a new story every other week at 7PM, EST. So don’t change that dial!