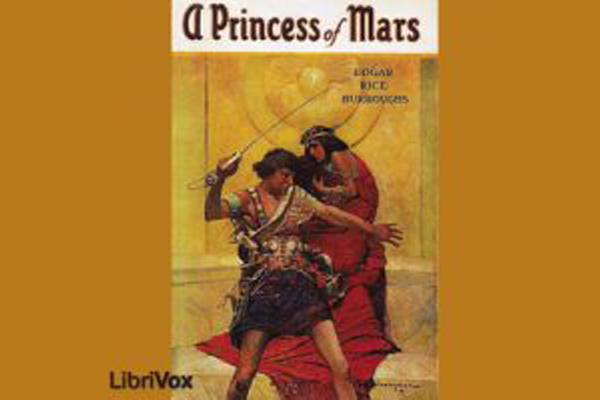 Edgar Rice Burroughs {1975-1950] may be best known for creating Tarzan, King of the Apes, but his tales of John Carter on Mars [which he called Barsoom]  are, to my mind, more exciting. We meet John, a cowboy and Civil War vet, when he steps into a cave in Arizona and emerges on Mars. This is how the novel,  A Princess of Mars, the first John Carter story, begins and it packs a real wallop. [Spoiler alert: It was made into a pretty darned good 2012 movie, “John Carter,” starring Taylor Kitsch and Lynn Collins in the lead roles.]

Here is a short, clever intro and the first five audio podcast chapters of “Edgar Rice Burroughs’ 1915 novel,”A Princess of Mars,” from LibriVox, where you can download the entire audiobook for free. It’s read exceedingly well by several different male and female readers.

We’ll have a bonus podcast for ya next Friday, so don’t miss it.