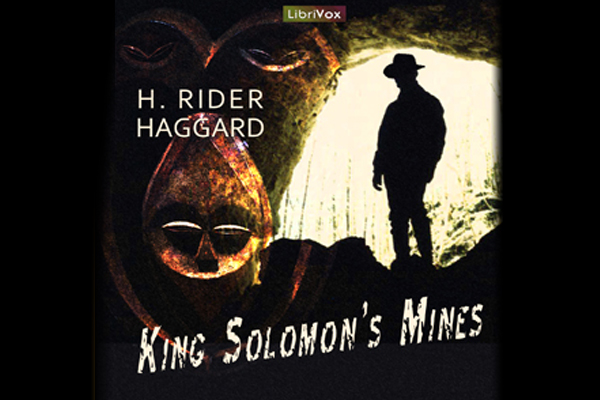 As we bid adieu to August and prepare to surrender to September, one last LibriVox audiobook to treat your ears, one of the great adventure stories of all time: King Solomon’s Mines by H. Rider Haggard. The notion of finding a long-lost treasure is a literary archetype which found itself reborn in the “Indiana Jones” movies, and it’s a powerful and captivating story – whether on page or screen.

Sir Henry Rider Haggard [British; 1856-1925] was a major proponent of the “discovery of a lost world” genre, and is best known for King Solomon’s Mines and She, both of which have been made into movies several times.

This LibriVox recording was done by a terrific narrator, John Nicholson. Here are the first 5 chapters. Be sure to visit LibriVox and download the entire novel.