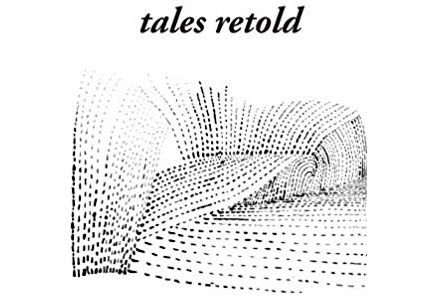 Editor’s Note: Paula Bonnell enthralled us with her poetry two years ago here at the Café. Now Paula has written and published a new chapbook of her poetry entitled “Tales Retold,” which Simran, our poetry barista, reviews here. “Tales Retold” is Copyright (c) 2017 Paula Bonnell.  Used by permission of the author.

Before writing this review, I read through the chapbook twice, then revisited a small handful of Bonnell’s poems many more times. Each time, I was struck by the range of emotion, along with the endless variations on storytelling and fairy tales. Borrowing from a sense evoked by the title, “tales retold,” many poems play with old legends and stories, such as the first two: “Orpheus” and “Bluebeard” (Copyright (c) 2017 Paula Bonnell.  Used by permission of the author). Others place fairytale characteristics into poems that seem to be about the ordinary, mundane everyday. Repeated themes run from light to dark, from joyful to almost sinister.

What I found most striking about this poem was the relationship described between the “women who wanted to know, who knew,” and the men, each of whom had a song of desire assigned to them. Deviating from the traditional trop of the devious mermaid who lures hapless sailors to their death by singing, Bonnell gives the song a context. Form and content are perfectly balanced, complementing each other in the story woven here. The sirens have a certain depth to them, the descriptions of their attraction to the men are almost lyrical, and of course, the whole poem itself is multilayered.

I have been re-reading certain poems of Bonnell’s over and over again, and come to a new conclusion every time I’m finished. Anyone who enjoys new takes on old tales, and poems that require looking past their surface, will want to pick up a copy of “Tales Retold.” (Copyright (c) 2017 Paula Bonnell.  Used by permission of the author) They will not be disappointed!

Paula Bonnell’s poems, fiction, book reviews, and essays have been published in magazines, newspapers, anthologies, and her own books as well as on the internet. Her previous chapbook, “Before the Alphabet,” is a story in poems of a child’s kindergarten year. Her book Airs & Voices was selected for the Ciardi Prize by poet and critic Mark Jarman. Message, her first collection of poems, includes the “Eurydice” sequence, chosen by Albert Goldbarth for a Poet Lore narrative-poetry prize, and “Midwest,” broadcast on “The Writer’s Almanac.” Her poems have been published by APR, Rattle, The Hudson Review, Gargoyle, Southern Poetry Review, Blue Buildings, The Hopkins Review, The Real Paper, and many others. Her fiction has appeared in The Kansas City Star Sunday Magazine and in The Chapel Hill Village Advocate as part of the NEA/PEN Syndicated Fiction project. She is a PEN New England Discovery writer. Her books may be purchased at Amazon or directly from her website, http://paulabonnell.net