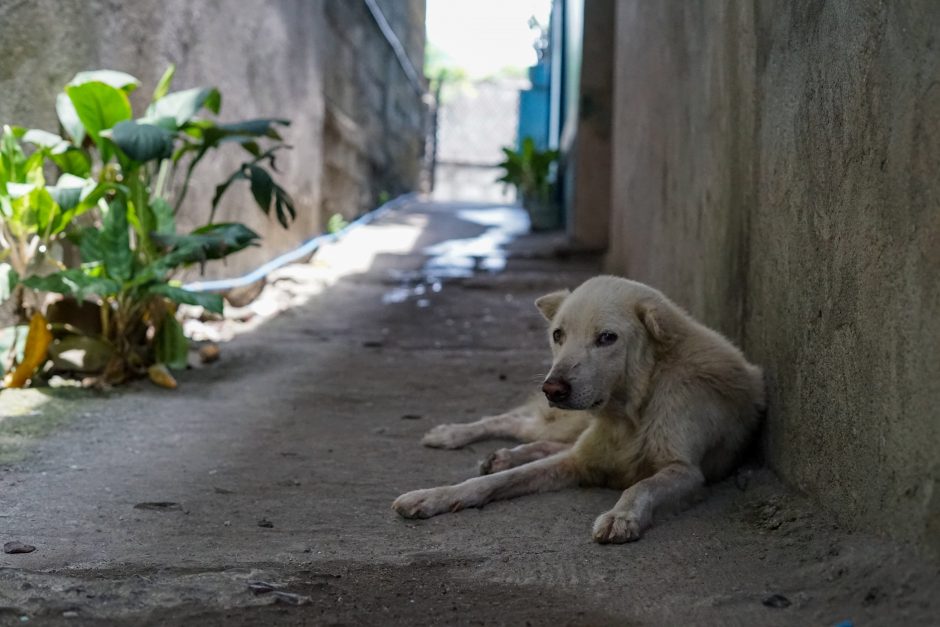 One day Chief Warrant Officer Walters of the 99th Assault Helicopter Company would complain that the Tet Offensive began a month early for him. But on New Year’s Day, 1968, the company’s gun platoon, known as the Headhunters, was still basking in a lull that had begun a couple of weeks before Christmas. No one had been killed or wounded. Not a single rocket or mortar had exploded in Nui Binh Base Camp. Only one helicopter had been hit by ground fire. On New Year’s, the Headhunters returned to the base camp shortly before lunch after a long-planned combat assault was called off. Then they were given a rare afternoon off.

Led by Walters, the gunship pilots decided to visit a Filipino engineering battalion stationed in Nui Binh. After lunch, most of the Headhunter enlisted men started drinking beer or smoking marijuana. But a couple of them went searching for Fuck You, a medium-sized dirty white mongrel dog who had become the Headhunters’ mascot. Fuck You had endeared himself to the entire 99th by hunting rats and lizards, barking at clattering armored personnel carriers, rolling on his back in mud puddles, and once, licking his private parts in front of a chaplain conducting Sunday services. He enjoyed an occasional short helicopter ride and ate scraps from the mess hall, wagging his tail furiously for discarded chicken guts.

There were regulations against pets, and the regulations were ignored. Until recently, the 99th had had two dogs. Fuck You’s litter mate, Dammit, had unfortunately proven less adept at avoiding the mines and booby traps in the no man’s land in front of the bunkers that surrounded the base camp. Both dogs would visit Nui Binh village whenever they smelled a female dog in heat.

The major loathed the dog, especially his name. A fervent Pentecostal who railed against profanity, pornography and alcohol, Lehman had long demanded that the Headhunters get rid of the dog, or at least change his name.

Shit, he knows his name and hears it all the time, Walters thought. But to Lehman he said, “Sir, we been tryin’ to call him Jesus but he ain’t learnt it yet. We’ll keep workin’ on it. I’m sorry about the shi…about his accident. He musta ate somethin’ nasty from one of the Filipino trash cans.”

The Filipinos built the hooches and other structures in the base camp, and they ran the truck convoys that brought in heavy supplies from Long Binh. Everyone in Nui Binh wanted to stay on their good side because the Filipinos never ran short of beer, sodas or other luxury items that routinely ran out in American units. They were willing to share, for a price, and were notoriously hard bargainers. No hooches for them; they lived in elaborate bunkers impervious to incoming rockets. They had established a flourishing black-market trade with the Nui Binh villagers and were making a fortune exchanging money between the American soldiers’ Military Payment Currency notes, American dollars and Vietnamese piasters. The pilots were hoping to persuade the Filipinos to pour a big concrete pad for a basketball court between the officers’ and enlisted men’s’ hooches.

The warrant officers arrived at the Filipino compound bearing gifts of captured Communist sidearms, four bottles of Courvoisier, an eight-millimeter stag film that they’d all seen several times and half a dozen large fruitcakes. The company had been flooded with fruitcakes in Christmas parcels. The pilots had also taken up a collection for a substantial bribe.

The Filipinos were excited about a special stew they’d prepared. It was loaded with rice, Asian spices and chunks of strange vegetables. The small pieces of meat had a unique flavor, and the Filipinos were evasive about what it was.

“Tastes like possum,” Warrant Officer Comstock said though he had never actually eaten possum. They all ate the stew, though some like Comstock, ate more than others. In fact, Comstock liked it so much that he filled a little cardboard carton to take back to the hooch he shared with Walters. The group of officers drank lots of Filipino beer and all the Courvoisier. By late afternoon, the Headhunter pilots were happily singing dirty songs about the executive officer as they stumbled back to their company area. The Filipinos had agreed to pour the concrete pad sometime in the next month.

The next day, Spec Four Cartwright, the 99th’s company clerk, ambled over to the Filipino compound to talk to a clerk he knew. It took half an hour of prying before he learned that the meat in the stew had been dog. It wasn’t until he returned to the 99th and was talking to the only Headhunter enlisted man not flying that day that he found out that Fuck You was missing.

The Headhunters, indeed everyone in the 99th with the possible exception of the executive officer, were enraged.

“We should hit the Filipino compound with rockets and claim it was an accident,” Walters said.

In the end, cooler heads prevailed. They still had their basketball dreams.

Following two days of heavy combat resulting in numerous casualties and several harrowing helicopter crashes, the Headhunters returned late one night after the mess hall had closed. There was no dinner, not even C rations. Comstock found the carton of leftover stew in his little refrigerator. After giving it a test sniff, he dumped the stew into a metal canteen cup and lit a tiny chunk of C4 plastic explosive under it. He proffered the steaming cup and a spoon to Walters.