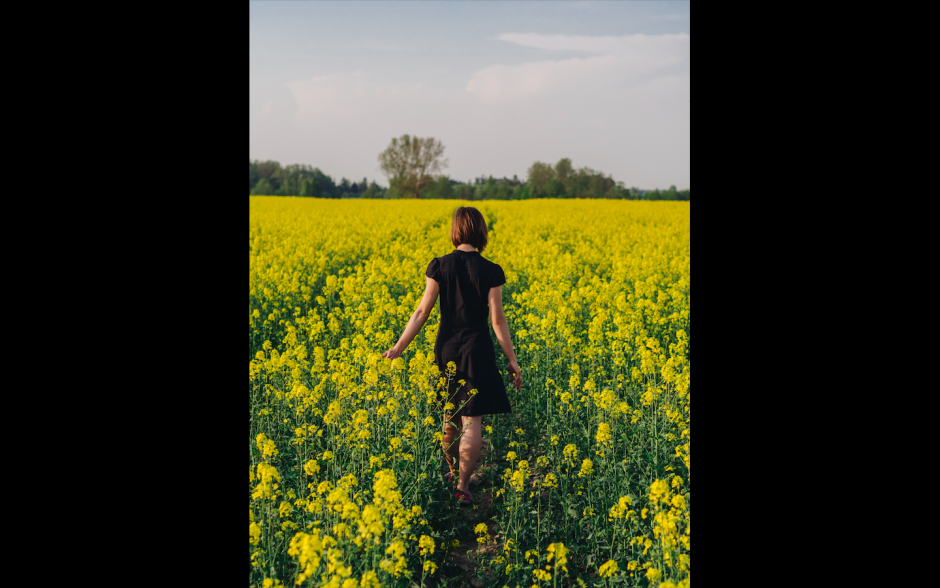 Lilia walked 7,392 steps to and from her apartment on an average day. And being a woman, Lilia was, on an average day, cat-called at a new corner. A new stoop. A new shop front. Since her body became what it was meant to be, they were there, noticing out loud.

A new man. The same bullshit.

“Yo Shawty! Where you goin so fast?”

“Baby Doll! I got something for you!”

Day in and day out, Lilia would leave her house in any manner of outfits—slacks, skirts, blouses, shorts, dresses, blazers, heels, flats—didn’t matter. Whatever it was, she shouldn’t be wearing it. Whatever she was wearing was subjected to a sordid request to the men she passed. If she was outside, she was subjected to the male gaze.

“Sweetheart! Don’t run off so quick!”

Lilia walked on by, not turning her head or throwing up her middle finger. She didn’t shout back or even glance their way. This wasn’t a new phenomenon for Lilia, or really any woman in the history of the world patriarchal society. None of these men or their calls were harmless, but some had more weight to them than the others.

Lilia’s head stayed high. She never wavered in one of her 7,392 steps. She didn’t quicken her pace or hide from the men or their “compliments.” Nothing that any of these men could say, shout or scream would scare her from living her life. She didn’t let their fear control her.

Lilia knew what all of these men didn’t. She understood them better than they would ever know. She knew that they were scared. She knew that women terrified them. That the sheer bombastic force that stemmed from being a woman shook them to their Y chromosomes. That the thought of the power they carry within themselves turned the minds of men into garbage and their words to compost. She knew that their words could and would rise to a crescendo of violence one day. She knew they already had for so many. Just as she walked by these men daily, she walked in step with other women. Some who were taken out of step, taken all the way down. She saw the pain on their faces as plainly as she saw the lust in the eyes of men. There was no escape from either the way things had been and how they would continue to be.

It was enough to make anyone cry behind closed doors, rage against the world with a clever sign and a crocheted hat, shut themselves off entirely in misguided self-preservation plots. But Lilia wasn’t worried about the men. Her body was her own, her heart too big, mind too sharp, power too much, will unbreakable. And by the end of it all they would know that, too.

On a day just like any other, for no reason more particular than the fact that it was time, Lilia donned a very special dress. A crisp sleeveless white dress that hit her above the knee. As she took it from the hanger she imagined the face of every woman who had had hands laid on her. As she tucked her breasts and body into the bodice she saw battered and broken women, torn clothing, fractured bones, and crushed hearts. And as she slid the zipper up, what she heard were the cries of help that never seemed to reach the right ears at the right time.

With her first confident step out the door she set off for a new day in her life.

With each step Lilia took another voice was silenced. Another mark added to her pristine dress. With each comment from a new man’s mouth, the dark smudges that made up their souls appeared on her skirt. The men of the world were withering and turning to husks as the blackness of their very beings manifested on Lilia’s dress. Their poison was her power.

The bodies fell at her feet with each step. As her strides grew louder, the perfect white of her dress edged its way into deep, dark black. She tossed her hair and kept her gaze forward, stepping over whoever she needed to. Lilia walked on, well beyond her 7,392 steps, until the voices were gone completely and replaced by an all-new chorus.

Cries of joy filled the air. Women began flooding the streets. Wearing everything from their own skin to burkas and headscarves because they knew that the sun had set on the life they had known. They were finally free. Finally free from judgment and fear and degradation.

Lilia walked proudly, in her little black dress, as she knew that the world could finally be at peace.

Hilda and Cameron were inseparable. True love, if anyone had ever seen it. But their happiness was jeopardized by the bursting of their high school bubble and acceptance into different universities. Their one way of seeing each other before Christmas or summer was a more than three-hour train ride on a student’s income, which was only an idea to be entertained but rarely executed. With cell phones being a distant and futuristic dream, Cameron defaulted to the stuff of wartime: letters. Every morning he would hand-craft a letter to his faraway love, full of sentiment and pining.

“My dearest Hilda,” he would write, “I miss you deeply. I’m proud of you for following your dream of being an engineer but can’t help but wish that I had studied more or forced myself to be interested in your icky engineering classes and spared myself this heartache. I started my classes today; accounting seems like fun so far. I think it will only begin to kill me after about thirty years. I’ve heard that oxygen has similar effects on the human body.”

These letters became part of both Hilda and Cameron’s daily schedules, 500 miles apart. Every morning Cameron would wake up, pour himself some black coffee, force himself to drink it like a grownup, write the happenings of his previous day and send it off. Hilda would make her morning bagel and check her mail on her way home from class. After reading his letter, she would keep it open at her desk as she penned her response.

“My loving Cameron,” she would respond, “I’m glad to know that accounting will only kill you slowly; at least this way I will have that much more time with you. So far my dream is simply hours of equations and bearded professors. I would like to just skip straight to the bridge-building, but unfortunately if I bypass the bearded professors and their equations my bridges will collapse and my dream will become a nightmare.”

For four years, Cameron would send his letters to Hilda and she would respond. He never missed a day, and would sometimes send extra letters on the days that he knew the mail would be stopped or delayed.

“Hello lovely Hilda, me again,” he would follow up. “I am writing you again because of the impending national holiday. Make no mistake, I am writing this as a point of pride as I am on a 527 school-day hot streak for writing you letters. It has little to do with the fact that my love for you is as deep and profound as a troubadour’s poem. P.S. I recently enrolled in an English course called Exploring Romance in the Renaissance.”

Every now and then, when letters wouldn’t suffice, Cameron would crack open his piggy bank—which he soon realized was not economical because he would then have to spend money on a new one—and get himself a train ticket. And on these trips, Cameron would always see his Hilda standing on the platform in a smart outfit and sensible heels.

“Hello stranger,” she would greet him.

Without looking away from her he would reach into his coat pocket and produce a folded piece of legal paper for Hilda to take. With a bemused smile, Hilda would unfold the note and read it to herself.

“Hello Hilda,” he wrote on the train, “while you are reading this I’m standing right in front of you. Please put the letter down and embrace me, Ta-ta for now.”

And so they would embrace for a good long time on that platform and speak only verbally for the rest of the trip—or, sometimes, with subtle eyebrow movements. Hilda and Cameron cherished their time together, which would only make their goodbye that much more bitter. But the very next day, the letters would continue. And on they went until on the day of Hilda’s graduation, Cameron handed her one last letter.

“To my engineer love,” he wrote, “congratulations on your accomplishment and please know that I am proud of you. Please also know that from now on where you go I go. Because I spent a cool grand on postage over the last four years. Yours always, Cameron.”

And from that day on, for the many years of their marriage, Cameron kept that promise—and the only letters Hilda had to read were the occasional apology from their daughter when Hilda found her to be too nasty.

Rachel Gonzalez is a writer from Arizona. Outside the world of words, she enjoys Neapolitan ice cream, yoga, and cooking. She went to Northern Arizona University where she studied English, journalism, and anthropology, and played for the university’s quidditch team, the Narwhals. She loves the works of Shakespeare, Edgar Allan Poe, and Donald Glover but her main creative influences are John Green and Tina Fey.

Rachel has had works published in Volume 10, Issue 2 of The Bitchin’ Kitsch and Volume 1, Issue 3 of The Tunnels. This is her first feature on the Fictional Café.

Previous postYour Habit or Mine? Two Poems by Chad Lutz
Previous post“Evidence of V” a Novel by Sheila O’Connor