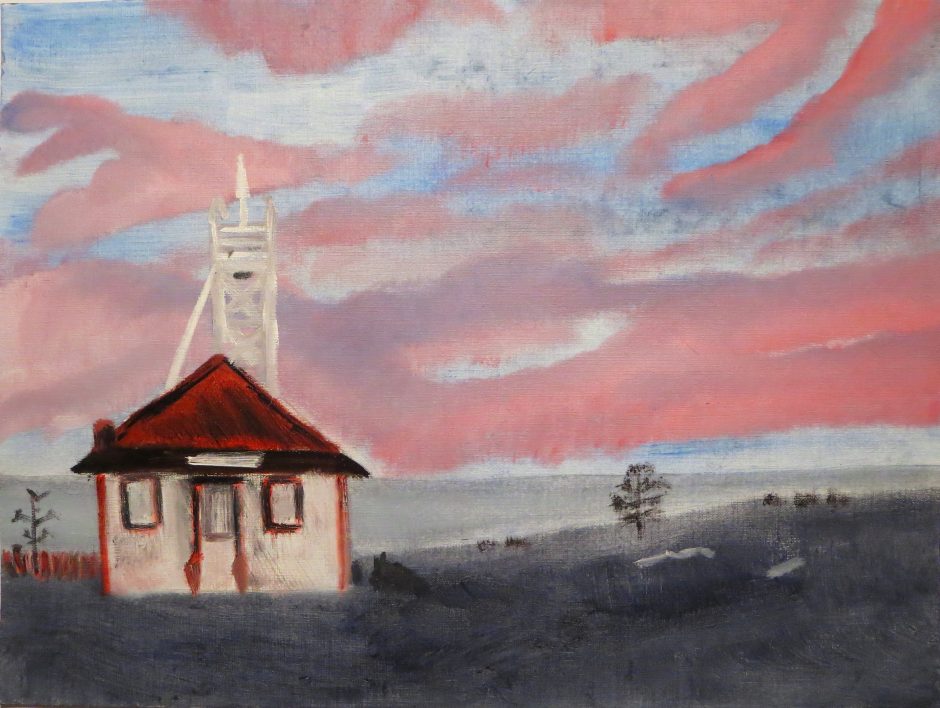 Artist’s Statement:
I started painting in 2017. I had been given a set of oil paints but hadn’t used them until I was at my sister’s cottage that summer and I painted three pictures.

I immediately connected with the experience. I took art in high school but hadn’t touched a paintbrush since.

I paint mostly to please myself, to set myself challenges. I don’t think I have a lot of finesse but I think I have the ability to capture energy, things happening, and I love colour, lots of it.

I like to see what happens with the paint on the canvas, where the painting wants to go as opposed to what I’m trying to insist on. Painting has been a very happy discovery for me.

Hume Baugh has published work in Queen’s Quarterly, The New Quarterly, and won This Magazine’s inaugural Great Canadian Literary Hunt with his story ‘Sisters’. He is the author of the play Crush, produced by Optic Heart Theatre in Toronto at Summerworks in 2008 and at the Factory Studio in 2011. It was nominated for Best New Play in the Independent Theatre Category at the 2012 Dora Mavor Moore Awards in Toronto. He is also the author of the monologue The Girl in the Picture Tries to Hang Up the Phone, which has been produced by Optic Heart Theatre at Buddies in Bad Times Rhubarb!; Harbourfront’s HATCH; the Windsor and Ottawa Fringes; Zoofest in Montreal; and at videofag in Toronto. He is also an actor, painter, director and teacher. He has been painting since 2017. He can be contacted via email or on Facebook.
This is his first feature on The Fictional Café.