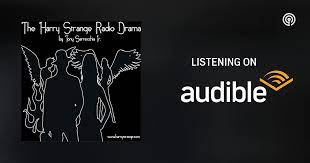 Harry Strange is an award-winning radio drama that tells the tale of a private investigator whose beat takes him into the supernatural. Harry’s adventures bring him face-to-face with demons, succubi, vampires and all manner of ‘unnatural’ and the occasional ‘natural’ evil.

We hope you enjoyed these episodes of Harry Strange Radio Drama. If you wish to hear more, you can find them on their website, Spotify and Amazon/Audible. And of course, if this isn’t your cup of tea, check out our Audio Arts Page. We have a new episode every other week Friday at 7 PM, EST. So don’t change that dial!