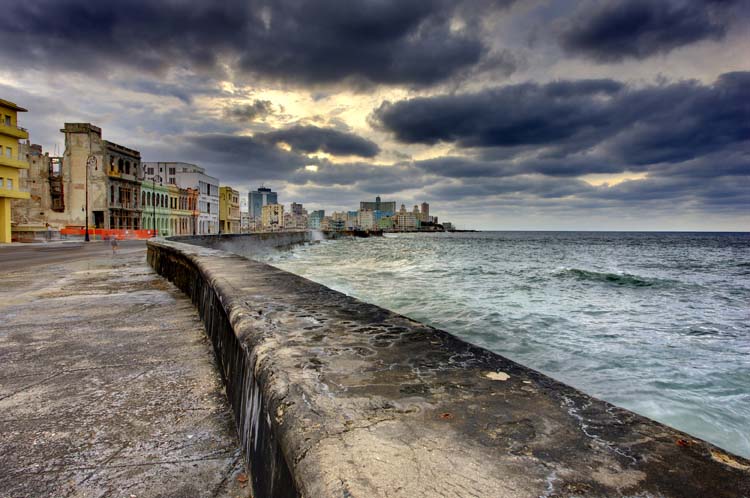 Editor’s Note: You may recall Clark Zlotchew’s poetry in our December Submissions. I had a chance to talk with Clark about his experience in Cuba and his writing.

Did this trip inspire the poem and photo you shared with us?

Yes, my several trips to Cuba did inspire the poem “Dancing in the Tropics” but with a little help from what I witnessed in Haiti as well. These events took place in the last years of Fulgencio Batista’s regime, while Castro was in the mountains at the other end of the Island.  I was there in 1957 and 1958.  Those guns and pup tents on the roof of the Presidential Palace were protecting Batista.  The occasional bomb blast in Havana was set by Castro’s agents.  Castro took over the whole Island in 1959.

Was it scary seeing machine guns?

The guns and the bombs did not scare me.  I was still feeling immortal in my twenties.  I also felt detached from the problem, since I wasn’t Cuban.  In fact those bombs, the machine guns, knowing there were military engagements at the other end of the island excited me, exhilarated me.  I craved adventure. 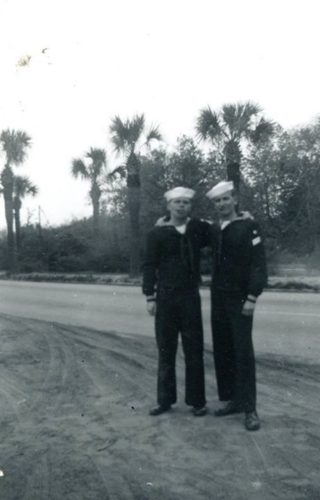 A time when I did feel threatened was when I visited Israel during the First Gulf War, when Saddam Hussein promised to attack Israel with SCUDS if the U.S. attacked his troops in Kuwait.  There was no doubt that the US definitely would attack his troops if they did not evacuate Kuwait.  I knew they would not.  So I knew he would attack Israel with missiles.  But I had made a commitment to interview three Israeli writers who had been born in Argentina, and who still wrote and published in Spanish.  I also had promised to give three lectures (in Spanish) at three locations in Israel.  I would not let Saddam Hussein dissuade my doing what had been planned.  But, yeah, I was kind of nervous about it.  P.S. I survived.

I’ve been in many more situations that were dangerous:  almost shot in Haiti [Presidential guard leveled his rifle at my chest];  was in Morocco the day there was an attempt on the King’s life, was stopped in a bus by 6 soldiers with rifles commanded by a man in pin-stripe suit armed with sub-machine gun.

Anything you loved so much you still reminisce on today?

I loved a great many things about Cuba, and still reminisce about them today.  Several of my short stories –even ones that don’t take place ostensibly in Cuba– reflect my Cuban experiences.  What I loved most about Cuba was the warmth, the openness and even the wit and sense of humor typical of Cubans.  Of course, my speaking Spanish no doubt helped me receive such a warm welcome.  But I can tell you, it was not necessarily that way in some other Spanish-speaking countries.

I liked the use of the Spanish words for things. It added to the authenticity of your experience, like it had left a mark on you afterward. Is that a fair assessment?

Yes, you’re right:  The experience did leave a mark on me that will stay with me forever.  Not just the time in Havana, but I had a really heart-warming experience with a family in rural Cuba that impressed me greatly.  I talk about this in another of my memoirs which has not yet found a publisher.

Did you do any writing down there or when you came back – even years later?

No, I didn’t do any writing down there.  I was busy having experiences, living.  I did write a short story a few months after returning from one of those Cuban excursions.  I “grew” the story and polished it for a very long time before it ever was published.  That story that started so long ago is “The Smell of Land” in my short-story collection, Once Upon a Decade: Tales of the Fifties (Comfort Publishing).  The book was one of three finalists in the Next Generation Indie Book Awards, short-story category, 2011.  I’ve written some more stories recently that deal with Cuba which have not yet been published. 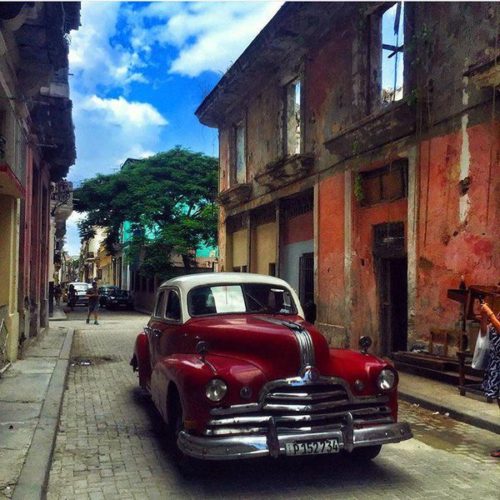 It was 1957 and I was twenty-three years old, when my pal Bernie and I flew to Havana for a vacation. Cuba was the nearest Spanish-speaking country to the U.S. and the state of their economy ensured that a dollar would go far. I had a more specific reason for visiting that Caribbean nation: to practice my Spanish. I had taken Spanish in high school and listened to the Spanish-language broadcasts from NYC. I spoke it fluently and wanted to use it in a Spanish-speaking environment.

I knew that Fidel Castro and his guerrillas were in the Sierra Maestra mountains at the other end of the island from the Capital, close to Guantánamo Bay and the city of Santiago. They would stage raids on army bases from there. This made it even more exciting for me. I felt as though I were in some adventure film. In Havana I could see machine guns, pup tents and soldiers on the roof of the Presidential Palace of Fulgencio Batista. From time to time we would hear a distant explosion. People said they were bombs placed by Castro’s agents. Occasionally, We would be stopped by men in civilian clothing who showed us their identification as Cuban Secret Service agents, and asked to see my identification. None of these things, the occasional bomb or soldiers and weapons on the Palace, worried me in the least. I was in my twenties and still had that feeling of immortality.

In Havana I enjoyed strolling lazily along the streets of the older part of town, listening to, actually feeling, the rhythmic music issuing from every doorway, the stimulating beat of rumba, guaguancó,. son montuno…. There were also the more soothing, relaxing strains of bolero, the slow dance of the tropics, and an occasional old-fashioned danzón. I felt as though I were in a technicolor film with a musical soundtrack. I used my Spanish to speak to store clerks and patrons of bars and lunch counters, shoeshine boys, anyone who was willing to talk with me. A couple of things about Cuba impressed me time and time again: Cubans were very open and welcoming, and they had a natural, spontaneous sense of humor. And their sense of humor struck me as being similar to my own whacky humor. They also liked Americans, a rare commodity in some other countries. I was definitely an outsider, but because I could communicate with them in their language, I had one foot inside their culture. They appreciated that.

Like the Cubans, I would stop for an occasional jugo de caña (sugarcane drink) or bottle of Cristal beer or its rival, Hatuey.. Sometimes I would have a small cup of strong Cuban coffee preceded, as was customary, by a large glass of water. I had been playing guitar since I was sixteen years old, and knew some of the Latin tunes from the NYC radio station. So, I would often stop to converse with street musicians and sometimes one of them would allow me to use his guitar and join them in making music. Evenings I would enjoy the pleasures and vices of the lively nightlife of this Caribbean nation. Finally, I decided that ten days in Havana was long enough for me. I was curious about Cuban life outside the Capital, and determined to see rural Cuba for myself. But that is another story.