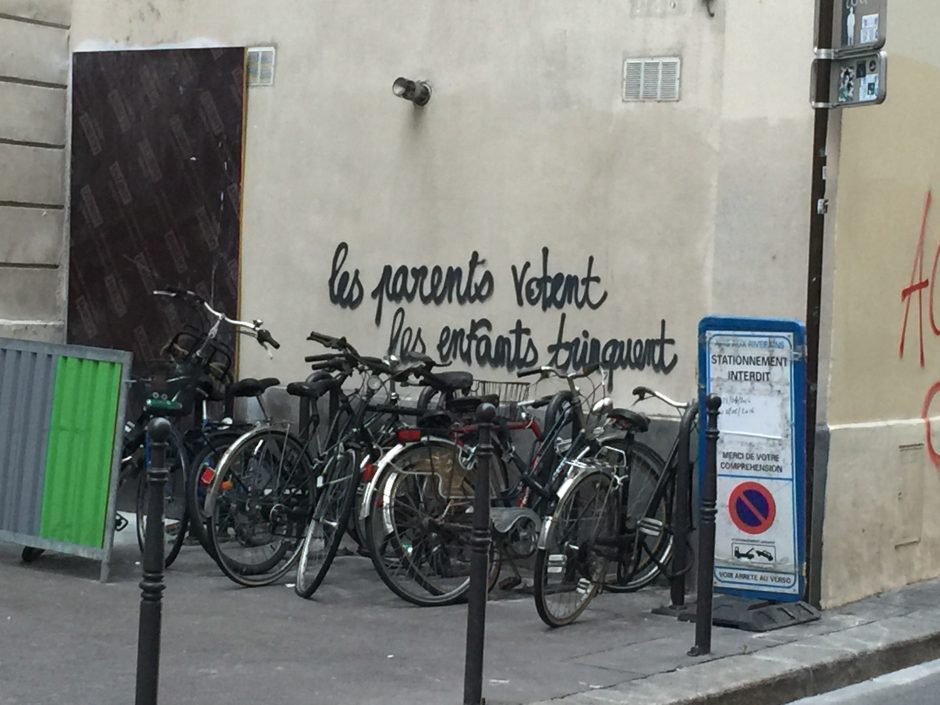 Herewith, armchair travelers, for your reading pleasure is the next installment in the adventures of our European study abroad pen pals. Their discussion deepens as we see similar reactions to the large collegiate student environments of Bologna and Paris, as well as some musings on their writing [of course], art and architectures, all of which have deep, storied resonance in Europe. So, without further preluding, let’s read what Rachael and Simran wrote each other in their second exchange.

Thanks for your response! This exchange is cool—like modern pen pals. That sounds lovely writing by the Charles. Though I go to school in Maine, I’m from Boston and I’m especially missing it in the spring!

I’m actually studying in Bologna, which is a university city a bit north of Florence in the Emilia-Romagna region of Italy (known for the best food!). Home to the self-proclaimed oldest university in the world (depending how you define a university), the city is dominated by students. They stage protests, drink and smoke in the piazzas, throw elaborate graduations where friends and family parade around the streets singing to the graduate, who is dressed in some goofy costume. I find myself writing about these students and, moreover, wanting to emulate them, the way they are all at once quirky and bold and elegant.

I’ve fallen in love, too, with the architecture of the city. Quietly though, because at first I thought the portici (arches) covering the sidewalks blocked out the sun and that the medieval churches darkened the piazzas. But, as familiarity (and warmer weather) creeps in, every time I leave Bologna, I miss it: the constant terra cotta shingles, the graffiti that decorates every wall near the university, the underbelly of the portici that reveal different engravings every few yards. 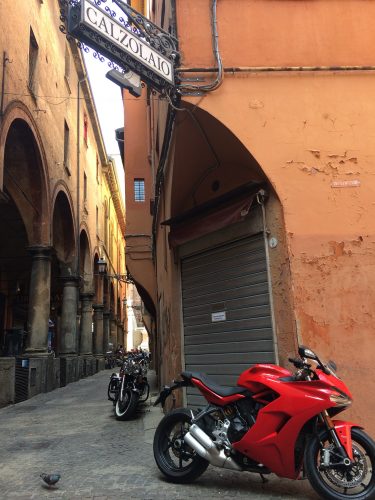 I’ve been studying urban history here, a class that has fueled a new appreciation for the preservation of the city’s medieval roots. The facade of the main church, for example, is only half-finished. While the bottom half is pale pink and white with elaborate statues, the top half is brown and studded, raw like exposed bone. In the 14th century, Bologna intended to build a church bigger than the Vatican. The Pope, of course, didn’t respond too well, and refused to fund the construction once the city ran out of money. I like the church better this way, though—it’s a story right there on display in the main piazza.

As for my writing, these kind of observations dominate my journal. I haven’t had enough patience to write fiction while I’ve been here, too eager to capture my surroundings as directly as I can onto the page. For now, the progression of my thoughts is the story.

I’d pose a similar question to you: how would you describe the character of Paris and how is that different than/similar to what you were expecting, or what you had heard?

If you ever do make it to Italy this semester, definitely let me know. And if not, I’ll be in Boston this summer, so perhaps we could catch up then!

I loved reading what you wrote about journaling—it’s been the same way with me. My emotions tend to all pour out in my poetry, but my day-to-day thoughts? General observations? Those don’t come out until I sit down with my coffee (I tend to always journal with a coffee or a hot chocolate) and just scribble for a couple of hours.

To dive right into answering your question: In a way, my answer is similar to your first paragraph. That is to say, that Paris is also dominated by students in a way that I hadn’t thought about. Most of the top universities in France are in this city, so protests abound and people tend to be more politically active and aware. I find myself drawn to the Latin Quarter (le quartier latin) a lot, to sit in the plaza behind the Sorbonne or on the steps of the Pantheon to write, chat with a close friend, or just generally observe. Most of the universities are clustered in the Latin Quarter (The rest are in the outskirts of the city), so people-watching is genuinely fascinating. Protest signs, posters of support for various presidential candidates, activist graffiti abound. I always feel a little bit more relaxed in this area.

I, too, find myself wanting to emulate these students. They are dressed in neutral, monochromatic clothing, at once unaffected but passionate. They smoke and drink coffee, make out with their significant others, talk to their friends in a circle, never in a straight line (if that image makes any sense). They walk with a purpose, wear their hair short or long but not really ever in between. 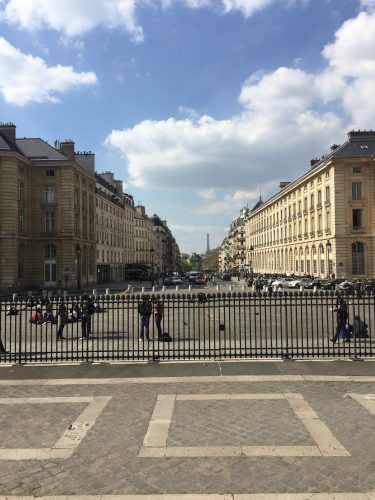 So I guess that’s my response: the youth culture, the student culture in this city. I had completely underestimated it. I think when people talked about Paris—or at least the impression I grew up with—it was primarily as a romantic place full of history and art. And that’s true: The city is a fascinating juxtaposition of old and new in its architecture and demographics. But it’s also very young and vibrant and alive; it’s the students that keep Paris running. I love wandering around and looking at university campuses. Another aspect that I had underestimated was diversity. The impact of the colonial history on current thoughts on immigration and such. But that’s material for a whole other email 😛

My next question: something that’s always interested me is café culture in Europe. What does that look like in Italy? Is there any relationship between café s and writing/reading? What about your daily café habits—if you have any? I know a lot of people make a link there when they think of Europe, but I feel like the reality can vary depending on the country.

We hope you’re enjoying these two writers as much as we are – and there’s more to come!