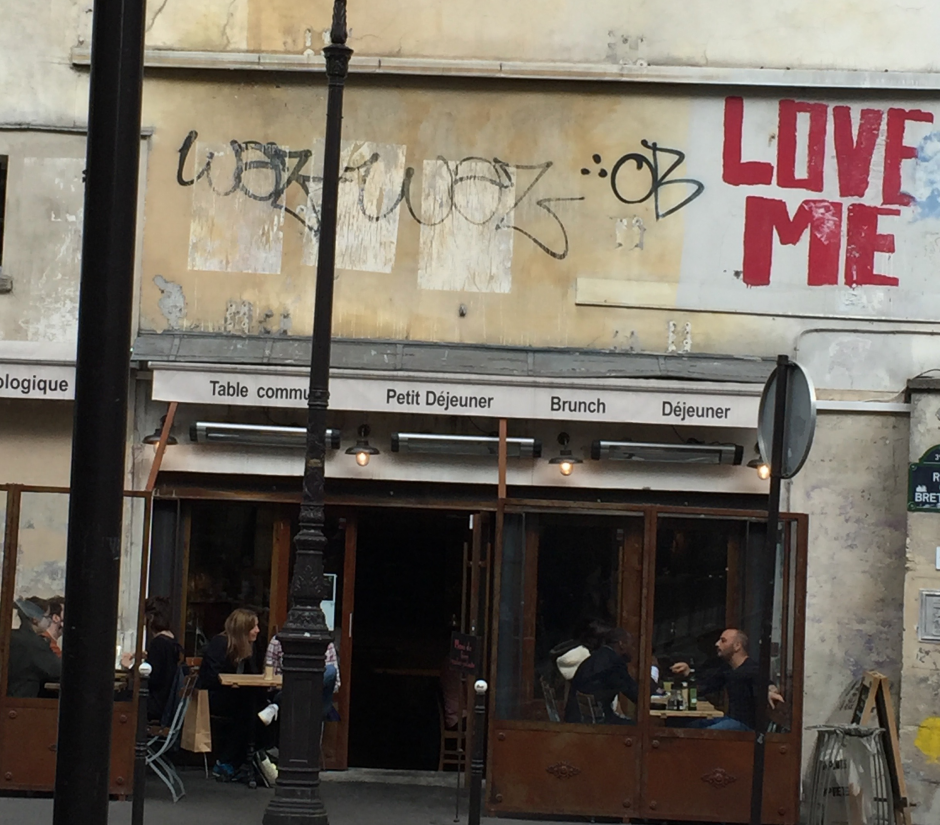 Although I’m sure they would secretly prefer the Fictional Cafe for a cup of java and creativity, Rachael and Simran have found local coffee hangouts in Paris and Bologna—and have found them interestingly different in several respects from their American counterparts. Here’s part three of their pen-palling.

Sorry for the delay—I was gone this weekend on a program trip to Venice. (If you end up visiting Italy, definitely see Venice! There are many tourists, of course, but there are also these beautiful hidden canals, one of which has this old bookstore overflowing with books—and sometimes with water.)

I have similar feelings about the energy of the students in Bologna. And I too, especially since this is a university town, thought that café culture would be a big part of the city. Cafés definitely are a characteristic of the city—but not for reading and writing. In Bologna and most other Italian towns I’ve visited, cafés are for socializing. Most of the cafés in Bologna are very small, filled with a few tables and a stand-up bar. People sit with their newspapers and dogs in the morning; they sit outside with their families in the afternoon; they get drinks with their friends before dinner. I went to cafés to write for the first few days and felt awkward, felt that I was taking up space. (Once, having been on my laptop for a while, I was asked to leave.) Now, I’m more comfortable there, even standing at the packed stand-up bar, but usually I’ll just people-watch. Cafés have been more of an experience than a haven.

There are, however, some exceptions. One café in the student piazza is dominated by laptops—and poorly made to-stay and to-go “American” coffee. Another café, on weekdays, is also crowded with laptops, notebooks and group work. This café, also notably, reminds me of the U.S. in that it sells cheesecake and earthquake cookies and vegan desserts. It’s decorated with bags and socks (for sale), Italo Calvino quotes on the wall, and a light-up sign saying “If in doubt, bake a cake.” With its trendy vibe, the American exchange students flock there. I feel more comfortable pulling out my notebook there, but not as at peace. I’ve come to like the cramped Italian café style—enjoy your coffee and the people you’re with in that moment. Work later.

My question to you: How does it feel to be an American in Paris? When do you feel American? Is this more something you feel internally or people remind you of? (I am curious too if café culture is different in Paris, so feel free to write about that too. Take what you like from my double question!)

Hope your week is off to a good start! 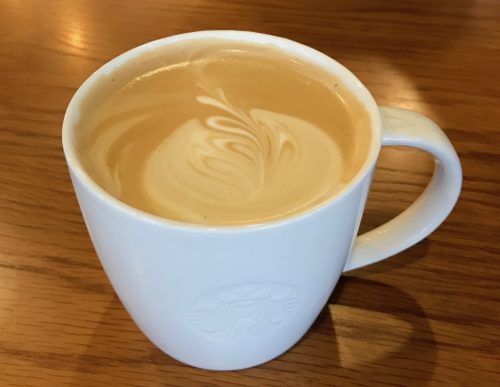 No worries at all, because I myself fell sick with a bad cold and a fever, so I’ve fallen behind on this as well. I don’t know how long your semester is, but mine is over in two weeks, so the work final papers and studying for exams is starting.

Your questions are interesting, mainly because my answers to both intersect! First of all, I am always reminded I am not French by the volume of my voice. Americans naturally speak at a much louder volume in public than the French do, by a large margin. It’s a conscious effort for my friends and I to keep our voices down, and when friends studying abroad from elsewhere visit, I sometimes wince when I realize the social mores I’ve automatically adapted to are just the total opposite of ours.

Ironically, my accent doesn’t immediately give me away. I’ve become comfortable and confident in my French, and when people point out my accent, it’s usually to compliment me on how well I speak French. I am, however, reminded of my American-ness whenever I’m in a café. In the US, many of us consider cafés a sort of work space in addition to a social area for school, writing, art, emails, what have you. Cafés here in France, unless they’re internet cafés, don’t really work like that. They’re truly a time to pause, whether it’s alone or with friends. While it’s normal for me to sit alone with a book or a notebook, setting up camp with my laptop is pretty much forbidden. That’s one instinct that hasn’t left. I miss being able to do work someplace that isn’t my room or a library.

I will say that I’ve lucked out in that respect. France is a little bit the opposite of Italy, it seems, in terms of books and notebooks. I am completely at ease drinking a cup of coffee and scribbling in a notebook or reading. It’s even expected in some areas. As such, my journaling is dominated by observations, something that you mentioned about your own writing.

My next question: how has your opinion on solitude changed? I know I’ve had to become much more comfortable with being alone with my thoughts, which has definitely forced me to mature in ways I didn’t have to before this experience. Have your socializing habits changed at all?

Do you get the feeling these two interesting, observant, creative women could carry on with this pen pal thing indefinitely? I surely do! More to come!