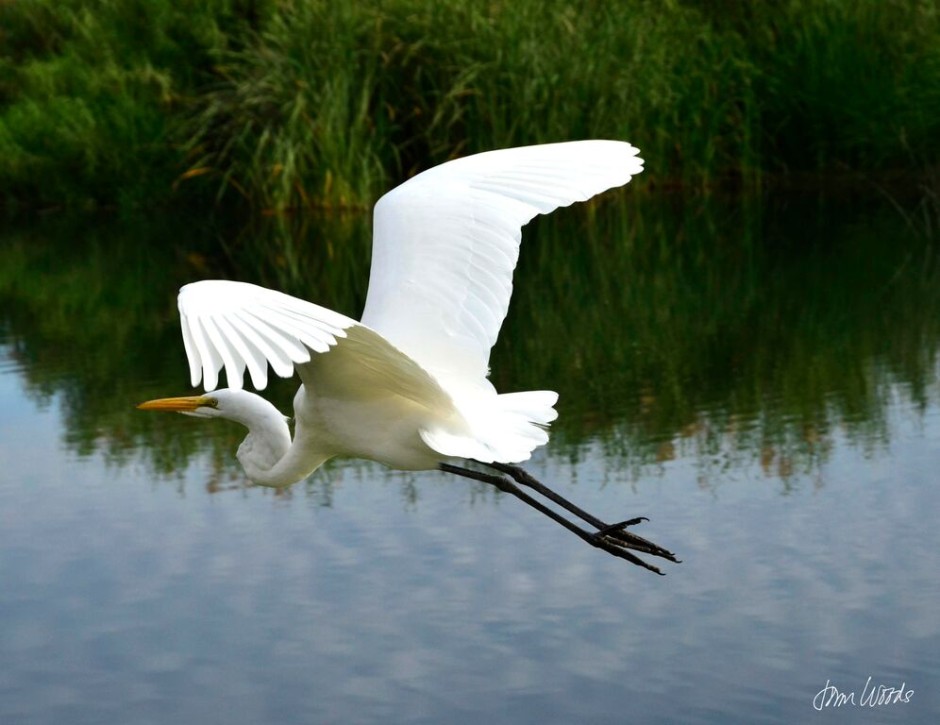 John Woods has been taking pictures most of his life, but only with the advent of digital photography and the time allowed after his children were grown did he get serious about it. Most of his work includes travel photography, especially from Europe and Mexico, as well as his home state of Wisconsin. He loves to take pictures of egrets and blue herons, mostly during his annual visits to Los Cabos, Mexico. All these pictures were taken at the estuary in San Jose Del Cabo. The ones shown here are among his best from hundreds and hundreds of pictures taken. Although photography is his love these days, John made his career in book publishing for over 40 years.

If you like what you see here, you can see more of his work at his Facebook page. All these pictures are available for purchase either double matted or on canvas in nearly any size you’d like. Please contact John at jwoods@cwlpub.com if you’re interested.

Note: Please click on each photograph to view a larger version. Press your browser’s back button to return to viewing the next photo. 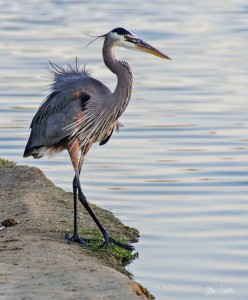 A Blue Heron Strutting
This was taken on March 15, 2015, around 6:30 in the morning. This heron was strutting along the edge of the estuary with full mating plumage extended. 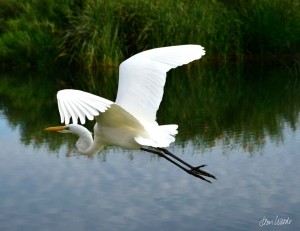 An egret takes flight. Taken February 20, 2013, around 8:15 in the morning. After taking several pictures of this egret as he walked along the shore of the estuary, I got this one shortly after he took off. It is among my favorites, as it perfectly in focus. 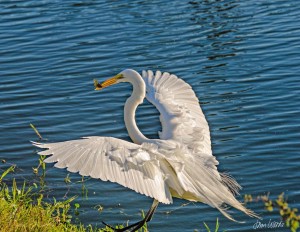 Taken March 12, 2015, around 7:20 in the morning. As I walked along the estuary, this guy suddenly landed nearby. I took many pictures as he walked along the edge of the water. Suddenly he jumped in the water and then back on shore with a fish in his beak. I luckily got this picture with his feathers in full display. 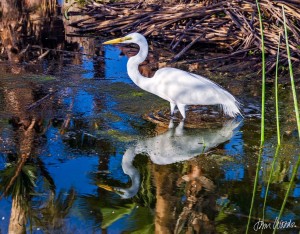 Taken March 11, 2015, around 8 in the morning. Just off the trail is a wetlands area, and this guy was marching around looking for something to eat. This is one of the shots I took, with a nice reflection in the water. 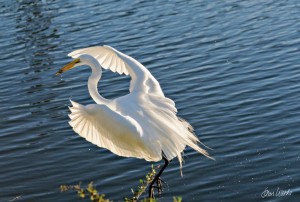 An Egret in the Sun. This was taken at the same time as the previous photo, one right after the other. You can see the fish in his mouth, the sun shining through his wings, and his mating plumage flowing in the breeze. 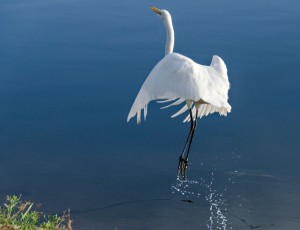 Taken February 4, 2013, at about 8:05 in the morning. I was lucky to capture this picture as the egret I had been shooting along the shore was taking off, doing a kind of ballet move for me. 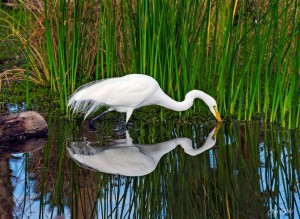 Taken March 15, 2015, at 8:05 in the morning. After landing in a wetland area next to the estuary, this guy marched through the water hunting for food for several minutes with me snapping away. I literally took a few hundred pictures during that time, including this one, where he was in the open and I got a near-perfect reflection of the egret, the blue sky, and the green reeds growing in the water. This is perhaps my favorite of all those displayed here.