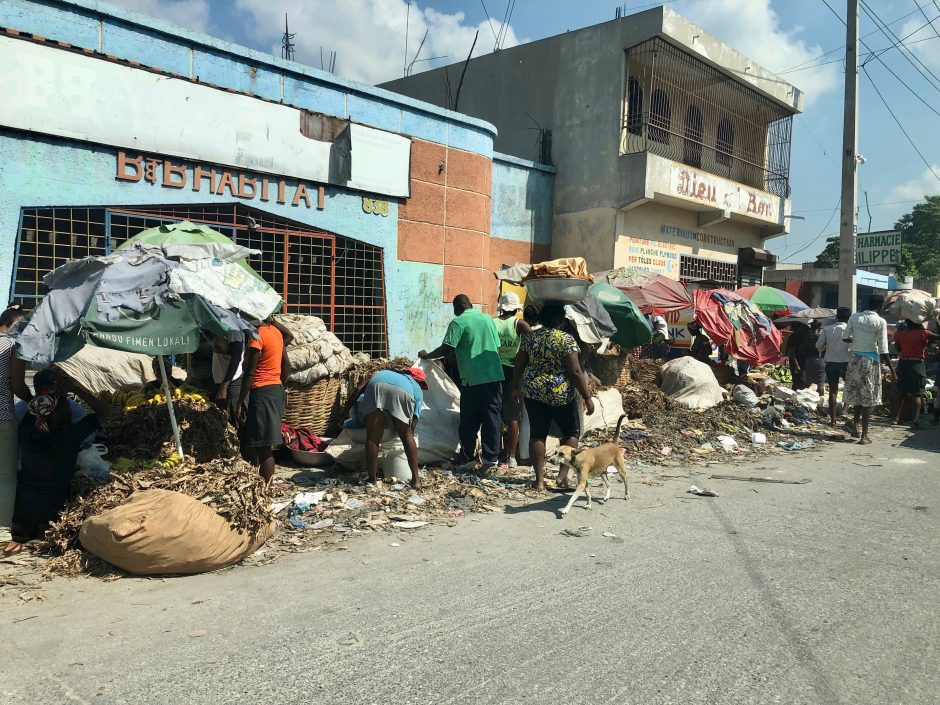 stink of sweat smelling millet slavery and the scent of blood revolutions.

of imperialistic alcohol. A super-concoction of propaganda maize porridge and

Waterfalls of anger washing away your freedom dimples

Baboons eating colors of your flag, munching apples of your freedom

Haiti, my pen is a weapon of mass instruction, I see the spreading yellow York of the sun,

gently falling over the darkness of your skin, yawning off the old skin of dust, Regaining the lost richness of your dimples.

Islamophobia and Christianophobia drank the york of our time

Socialism, liberalism and regionalism many other isms made rags

of us. Slaves to bitterness from imported political and religion attitudes.

The sleep laden minds of Zambezi lost in the in the thicket of ballot arithmetic.

Sing of our pimped heritage

Somalia, the dramatic irony of Africa

Ethiopia, bring back the oil of our anthems and the clay of our identity

Ivory coast, your hands are hardened by hard years of madness

Cockroaches are walking over sleeping Zambezi

Abuja, how long are you going to walk in shadows?

Sometimes memories smell like a dictator’s fart
We once jived to our own shadows under the silver moon and our shadows
danced along with us, we rhymed to the nightmares of hyenas and
hallucinations of black owls. Our desires sailed along with gowns of
fog back and forth at village dawns. Wood smoke smelt like fresh baked
bread. Time bewitched us, we ate William Shakespeare and John Donne.
We drank lemon jugs of Langston Hughes and Maya Angelou.
Soyinka’s lyrical whisky wrecked our tender nerves.
We bedded politics with boyish demeanor and dreamt of the black
cockerels and black Hitler’s
Sometimes time is stubborn like a sitting tyrant
Last night, commissars chanted a slogan and you baked a dictator’s
poetry sanguage. Zealots sang Castro and Stalin and you brewed a
socialist crank, the president is a stinking capitalist. I never said
he is Satanist. Back to village nights, hyenas are laughing still,
black owls gossiping, silver moon dancing still over rain beaten paths
of our country dawns.
Sometimes time stinks like a dictator’s fart
Your lyrical satire sneaked imbeciles through back doors. Your praise
sonnets recycled suicidal devils and polished revolutionary rejects
Back then, smells of fresh dung and scent of fresh udder milk were our
morning brew and under the twilight the moon once disappeared into the
earthly womb, Judas, the sun then took over and every dictator is an
Iscariot.
I never said we are now vagabonds
Sometimes time smells like a dying autocrat
Mwedzi wagara ndira uyo tigo tigo ndira – the moon was once sour milk
silver white and fresh from the Gods’ mouth and sat on its
presidential throne on the zenith of bald headed hills and later with
time the moon was ripe to go mwedzi waora ndira tigo tigo ndira
Sometimes wind gusts whistled their tenor through elephant grass
pastures, we sang along the obedient flora Chamupupuri icho…oo
chamupupuri chaenda chamupupuri chadzoka
Chamupupuri icho…oo!
Our poverty marinated, yellow maize teeth grinned to sudden glows of
lightening, the earth gyrated under the grip of thunder, then Gods
wept and we drank teardrops with a song mvura ngainaye tidye makavu ,
mvura ngainaye tidye makavu .. Pumpkins bred like rabbits, veldts
strutted in Christmas gowns. Wild bees and green bombers sang protest
and praise. I never said we are children of drought relief.
Sometimes time grows old like a sitting tyrant,
Tonight the echo of your praise poetry irk the anopheles stranded in
tired city gutters to swig the bitter blood of ghetto dwellers, gutter
citizens eking hard survival from hard earth of a hard country , their
rough hands marked with scars of the August Armageddon , their sandy
hearts are rigged ballot boxes stuffed with corruption ,they waited
and sang for so long .
Chamupupuri icho…oo chamupupuri chaenda
chamupupuri icho…oo chamupupuri chadzoka
Chamupupuri icho..oo

MBIZO CHIRASHA is the 2020 Poet in Residence at The Fictional Café, 2019 Sotambe Festival Live Literature Hub and Poetry Café Curator, 2019 African Fellow for the International Human Rights Art Festival, Essays Contributor to Monk Art and Soul Magazine in United Kingdom, Arts Features Writer at the International Cultural Weekly, Featured Writer Poet Activist at The Poet A Day, Core Team Member and African Contributor to Bezine of Arts and Humanities in USA, The Originator of the Zimbabwe We Want Poetry Campaign. Curator of MiomboPublishing Blog Journal, Founder and Chief Editor of WOMAWORDS LITERARY PRESS, Founder and Curator of the Brave Voices Poetry Journal, Co-Editor of Street Voices Poetry trilingual collection (English, African Languages and Germany) initiated by Andreas Weiland in Germany, Poetry Contributor to AtunisPoetry.com in Belgium, African Contributor to DemerPress International Poetry Book Series in Netherlands, African Contributor to the World Poetry Almanac Poetry Series in Mongolia, 2003 Young Literary Arts Delegate to the Goteborg International Book Fair Sweden (SIDA AFRICAN PAVILION), 2009 Poet in Residence of the International Conference of African Culture and Development (ICACD) in Ghana, 2009 Fellow to the inaugural UNESCO- Africa Photo- Novel Publishers and Writers Training in Tanzania, 2015 Artist in Residence of the Shunguna Mutitima International Film and Arts Festival in Livingstone, Zambia, a globally certified literary arts influencer, Writer in Residence and Recipient of the EU-Horn of Africa Defend Defenders Protection Fund Grant as well as Recipient of the Pen Deutschland Exiled Writer Grant. He is an Arts for Peace and Human Rights Catalyst, the Literary Arts Projects Curator, Poet, Writer, publicist and is published in more than 200 places in print and online. His latest 2019 collection of experimental poetry A LETTER TO THE PRESIDENT was released by Mwanaka Media and Publishing and is both in print, on Amazon. and at is featured at African Books Collective.