Posted by Jack B. Rochester in Book Reviews, Interviews, News 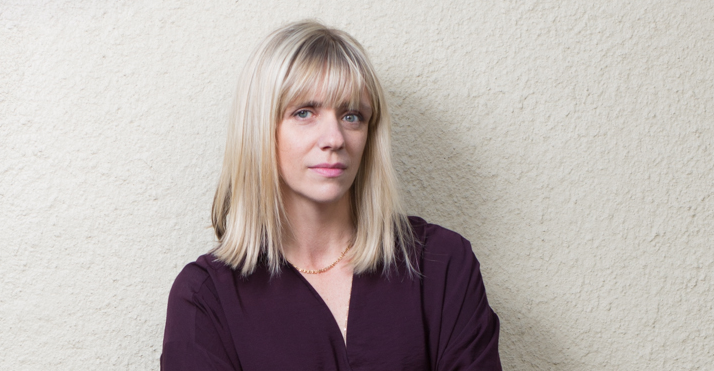 Barista Rachael Allen meets the novelist everyone will be talking about.

Whitney Scharer and her fierce protagonist are set to take the literary world by storm!

At this time next year, Whitney Scharer’s debut novel, The Age of Light, will stare up at you from your nightstand. The book will not stare at you so much as, potentially, display a woman staring into the distance, anonymously cropped at the neck, with scenic Paris blurred behind her. As much as she hopes for something different, Scharer says wryly, audiences are familiar with this kind of book jacket (think Paula McLain’s The Paris Wife). And, following its million-dollar deal widely covered in the media, the book is banking on this commercial success.

Perhaps a dreamy woman will attract an audience, but the book—and its personable, expressive author—aims to deliver the reader something much more. The Age of Light gives us the fierce Lee Miller: model, photojournalist, and “total badass,” as Scharer describes her. Oh, and she was surrealist artist Man Ray’s lover and muse in 1920s and 1930s Paris, her most well-known identity until her son publicized her artwork posthumously.

I meet Scharer on a Thursday afternoon in one of her favorite places to write: Diesel Cafe, a hipster joint in Somerville, Massachusetts, about fifteen minutes south of Scharer’s home in Arlington. This is the turf of Tufts University, and the cappuccino-drinking, headphones-wearing, occasionally funky-hair-dyed customers exude academia’s studied casualness. With straight-across blonde bangs and a simple long gold necklace hidden in the folds of a dark grey sweater, Scharer emanates anything but pretention. She occasionally sips her tea (which, she notes, the café has downgraded from a teapot to a teabag and now to a non-refillable cup of tea for an even heftier price), but most of the time, her hands are busy gesturing.

“I love historical fiction, but I don’t love the portrayal of women as these passive wilting flowers,” Scharer tells me. “You can’t write that book about Lee Miller because that’s not who she was.” Though centered on Miller and Man Ray’s relationship, The Age of Light digs deeper into Man Ray’s infatuation with Miller, the way “this big, successful, egotistical guy [was] so undone by a woman.”

A freelance graphic designer as well as writer and occasional teacher, Scharer is as animated as the visuals she creates, which tend to feature bright colors and unusual fonts. She laughs easily throughout our conversation, rolling her eyes at the bad poetry she wrote in high school or miming her own nervousness when waiting to hear back about her book deal.

The famed million-dollar book deal—the reason why, thanks to our media’s obsession with all things money, I learned about Scharer in the first place. After working five years on her book, Scharer landed her dream literary agent, The Book Group’s Julie Barer, and a publisher, Little, Brown and Company, within months. Twelve other publishers vied for her book. Scharer joins the ranks of debut novelists making it big before publication (many of whom recently have been women, such as Emma Cline, Stephanie Danler, and Imbolo Mbue).

Scharer capitalized on the nation’s upsurge of conversations about women and their experiences when presenting her own “feminist novel,” as Barer termed it. The historical edge adds not only the romance of old-timey Paris, but also impact to the novel’s gender dynamics. “We’re not struggling in the exact same way as we were in 1930, but we’re still struggling with the same things we were then,” says Scharer, who will speak at Ad Club’s 10th Annual Women’s Leadership Forum in Boston in March.

“Lee herself was a feminist. She didn’t have that word to use, but I’m sure she was,” Scharer says. She describes her favorite photograph of Miller: she is leaning back in a chair—Scharer outlines the chair with her hands—wearing a necklace of sea sponges. “I love it because Man Ray took the picture and I think they were on vacation together. She looks so relaxed and happy,” Scharer says, as if pleased that her high-functioning, daring friend finally got a moment to rest.

Another photograph—one of the many in which Miller stares into the distance, but definitely not dreamily and with no Paris blurred in the background—was taken during her days photographing the ravages of the Second World War. She is sitting in Hitler’s bathtub looking over her facecloth-draped, naked shoulder, her dirty boots already muddying up the white bathmat. It’s wonderfully irreverent. “She wanted to live like a man in man’s world,” Scharer says admiringly. “She wanted something and she went for it.”

Scharer wanted to write a book and she went for it. To the aspiring authors that surround us (“Seriously, that guy’s totally writing a novel,” Scharer says smiling, gesturing to a computer-bent boy), Scharer’s book deal is the dream. And yet, as lucky as Scharer’s deal was, she wasn’t some freshman plucked off the bench who happened to score the winning touchdown. Scharer has been entrenched in the writing world for years (and, I later learn, in my own bookshelf, acknowledged in one of the first creative writing exercise books I ever purchased, editor Bret Anthony Johnston’s Naming the World). A Denver native, Scharer earned her MFA in creative writing from the University of Washington, then went on to work for a decade as the Development and Communications Director for GrubStreet, helping to build up the Boston-based literary arts nonprofit.

Through GrubStreet, she formed a writing group. This isn’t just any writing group—it’s a New York Times-bestselling, The Best American Short Stories-contributing writing group. And, to top it off, they’re nice. Between laughs, Scharer explains how the self-named “Chunky Monkeys” (an ode to the chunks of manuscript submitted for workshopping) epitomize the marriage of talent and support that leaves more room for inspiration than competition.

“I really don’t think I would have finished this book if not for my writing group. Part of that was watching all these crazy people win these amazing things”—i.e. member Celeste Ng’s second novel Little Fires Everywhere, Alexandria Marzano-Lesnevich’s memoir-thriller The Fact of a Body—“but also it was the feeling we’re all in the trenches together. They’re working hard. I’m working hard. It’s not a weird thing to be doing it because we’re all doing it,” Scharer explains. From the way she talks about the group, admiringly, intimately, with a smile, I don’t want just their writing advice; I want to be friends with them.

After taking in more writing advice, book suggestions (“Crossing to Safety” by Wallace Stegner, “Euphoria” by Lily King, and “Pond” by Claire-Louise Bennett), and even a downtown Boston bar recommendation, I leave the café, waving goodbye as Scharer pulls out her laptop to write. I feel as if, true to the hipster setting, I have  “discovered” a hot new band before everyone else—but not for long.

Rachael Allen is the News, Reviews and Interviews Barista at the Fictional Café and a senior at Bowdoin College studying English and Italian. You can read more of her writing here: https://rachaelallenblog.wordpress.com.