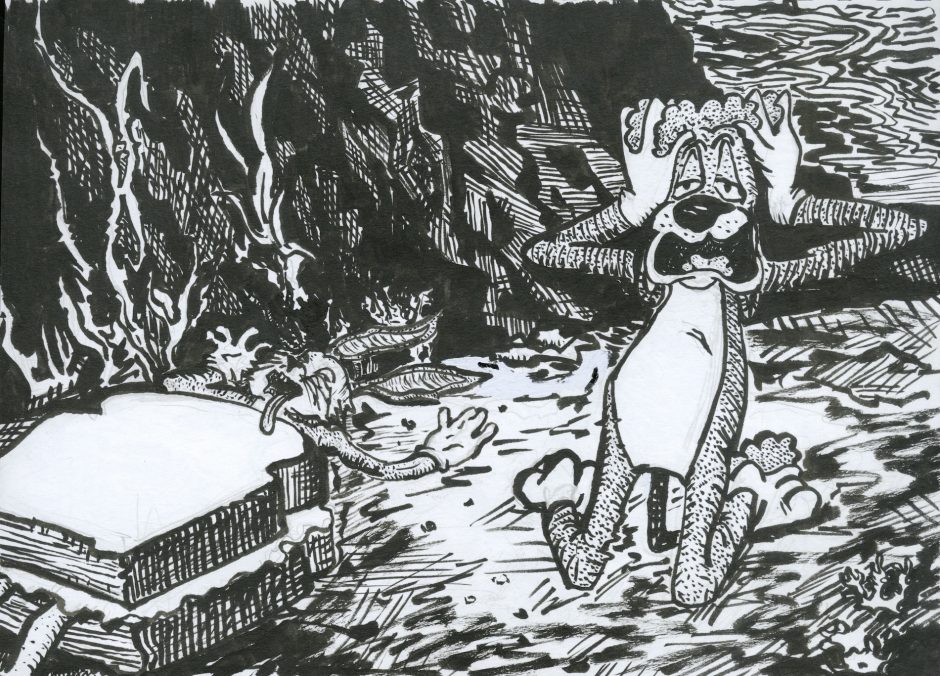 Editor’s Note: Playful, witty and expressive in color, David Meyers’s work appears to draw from a strong interest in history and humor. His bold and gestural brushwork often depicts subjects from history with a strong fascination and focus on the American Wild West.

Meyers’s work take a unique and bold approach to composition and structure with an unencumbered palette. His academic skill and disciplined technique work simultaneously with a playfully adolescent perspective of his subjects. 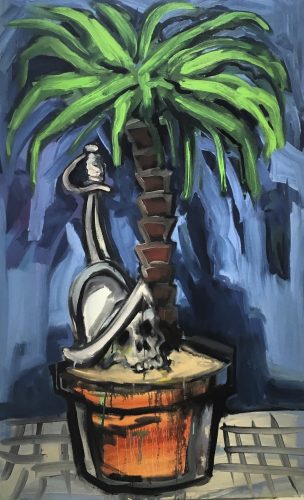 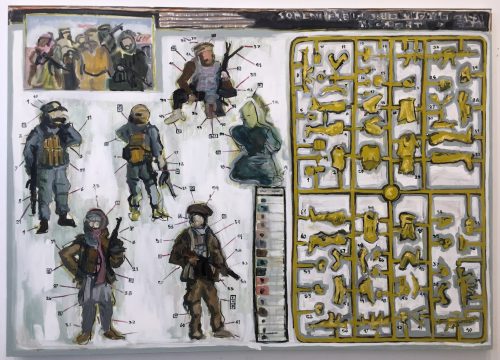 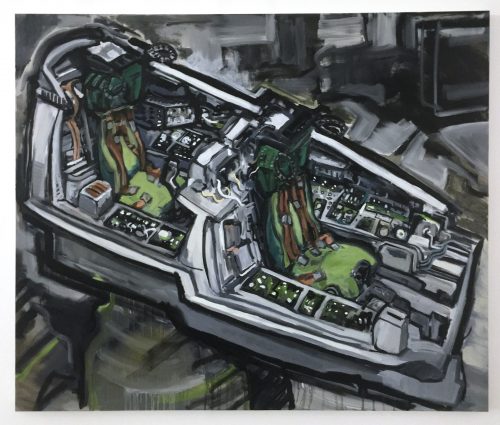 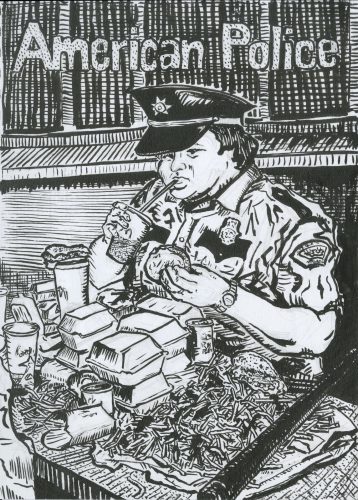 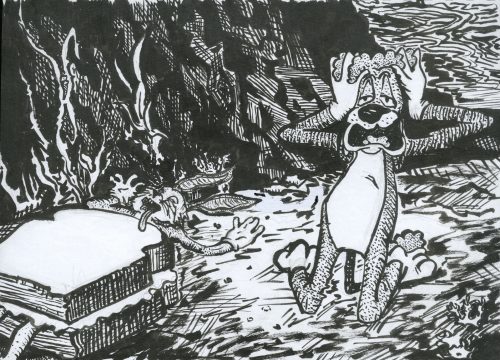 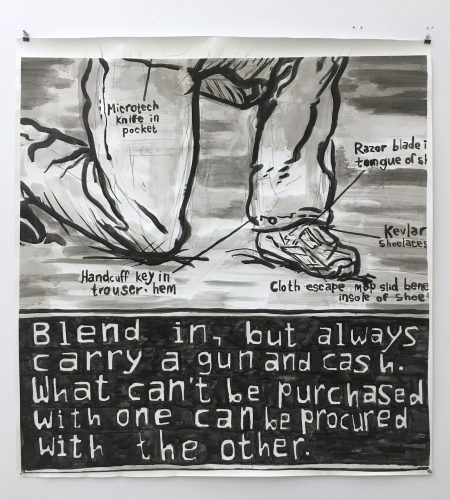 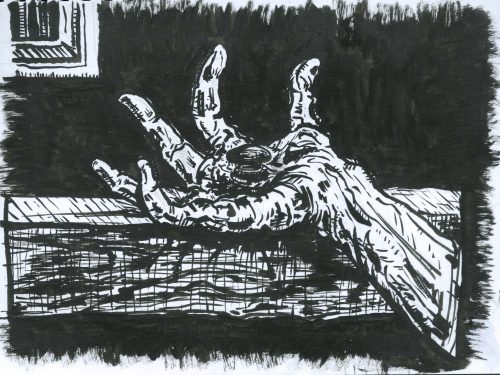 Suffering (after Grunewald), Ink on Paper, 2016 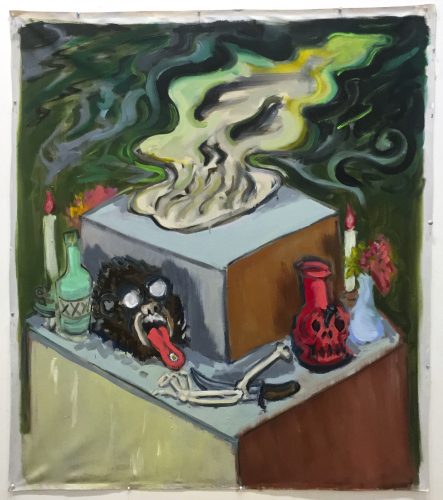 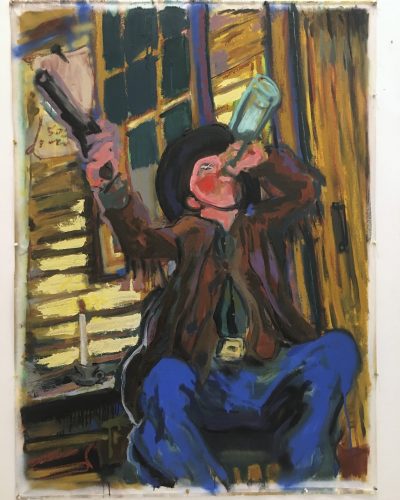 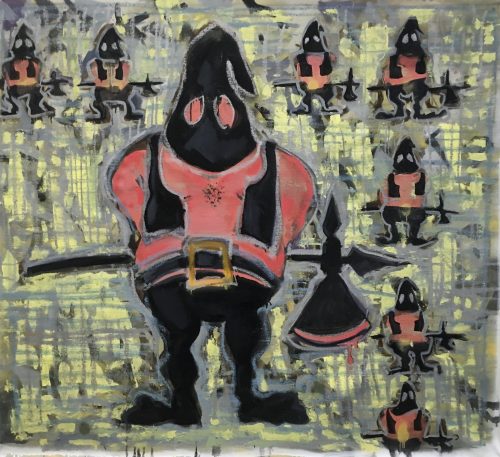 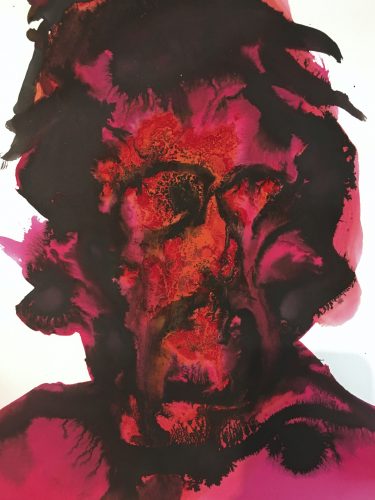 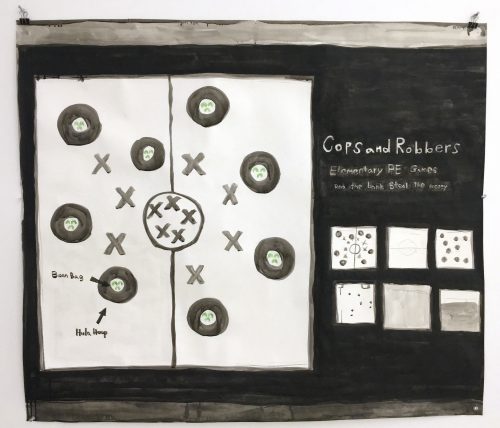 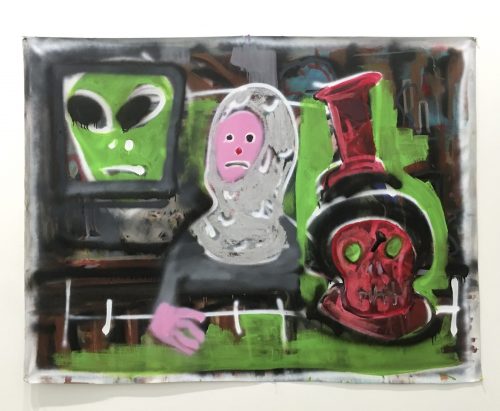 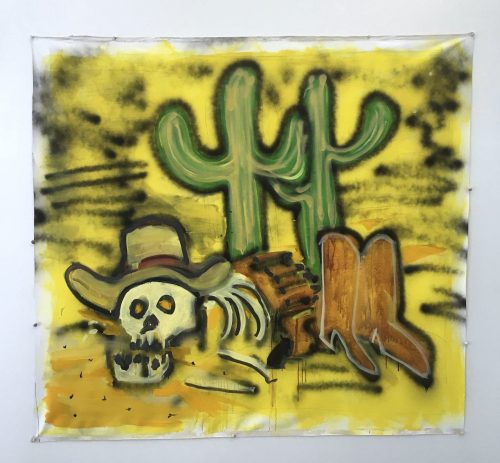 Cowboy in the Desert, Acrylic, Oil and Spraypaint on Canvas, 2017 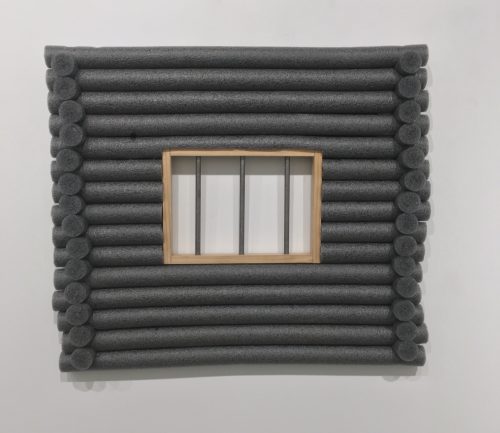 David Meyers is an artist based in Iowa City, Iowa. Though born and bred in Boston, Massachusetts, his adventures have lead him a seven year sojourn in Philadelphia, Pa where he received his B.F.A. in Painting/Drawing and minor in Art History from Temple University’s Tyler School of Art. Graduating Cum Laude in 2013, David won the Allen Kross Senior Portfolio Prize, helped co-found the New Boon(E) Artist Collective and has been featured in numerous exhibitions in Philadelphia, most notably in Eight Young Figurative Artists who Live in Philadelphia, Curated by Donna Nelson. After a short year stint Boston, he left in 2016 to pursue his MFA at the University of Iowa and was awarded the Iowa Arts Fellowship. Currently he is entering his second year at the University with an exhibition forthcoming in October at the Levitt Gallery in Iowa City. You can find his work on his website as well as on Instagram.