When visiting Taiwan, you might think it is a country noted more for tea than coffee. But you would be mistaken. There are small storefronts that roast and grind the beans to brew your espresso a cup at a time. There are Starbucks and Mr. Brown’s coffee shops. A modest but solidly superior choice to all of them is Dante. 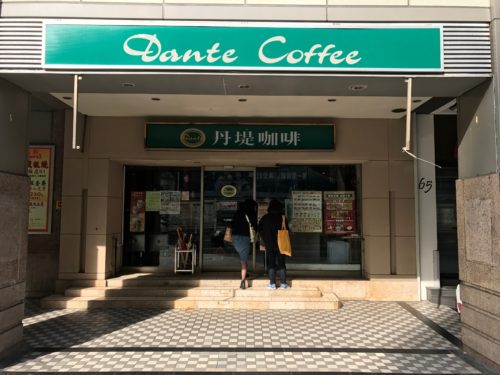 It was because it was named after the great Dante Aligheri (author of The Divine Comedy; 1265-1321) that Dante first caught my attention. I knew I was in coffee heaven the first time I ordered a cup. First because it’s served in a real mug if you choose to sit inside. The nice big mug is heated with hot, steaming water before the coffee is poured in. Even if you opt for a takeout cup, it’s sturdy and of high quality. Last but not least, Dante serves tasty light meals and desserts. My cousin had a slice of Key Lime cheesecake to die for.

Near the corner of Nanjing and Ji Lin Roads, nestled off the lobby of the First Hotel, is my favorite Dante café. And not just because of the always pleasant service or because they understand my English well enough. It’s mostly because its charming owner, Wei Ni, has taken as much interest in my Fictional Café as I have in her Dante café.

After many cups of coffee and conversations, Nini and I have agreed to be sister coffee shops across the ocean. Like sister cities. We think 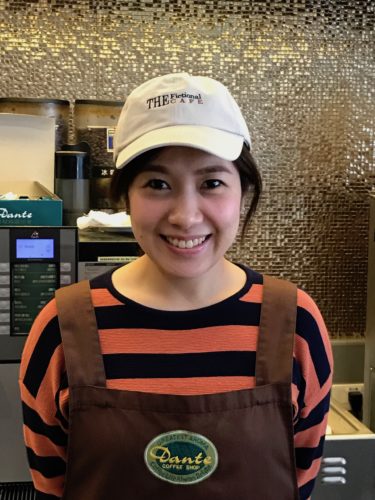 we’re a good match, as you can see in the photo, up top, of Nini with our two logos on the counter.

And take a look at the photo to the right, in which I was able to talk her into donning a Fictional Cafe baseball cap.

Below, a shot of Nini and me in her stylish café. Yes, hers; she is indeed the owner and, judging by being located on busy Nanjing Road, with a glass door joining it to a popular hotel, and the amount of foot traffic I see as I sit sipping a cup or two every morning and the people who fill her Dante café in the evening, she is a very smart young businesswoman. 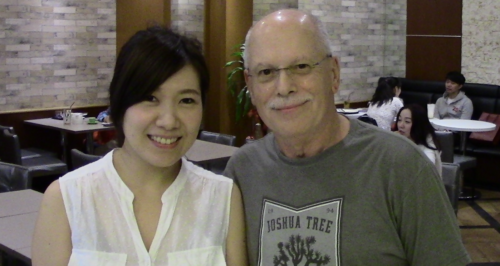 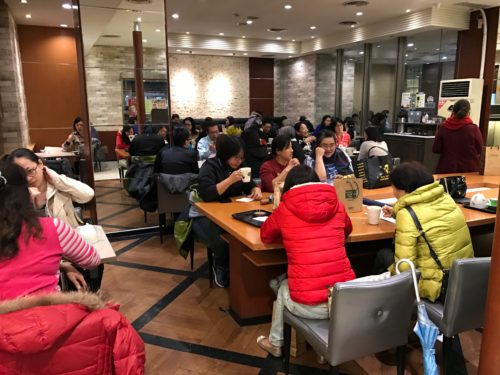 Here’s a typical evening crowd. Could a cup of home-brewed coffee from Dante in Taipei, Taiwan, be in your future? Stay tuned to find out!