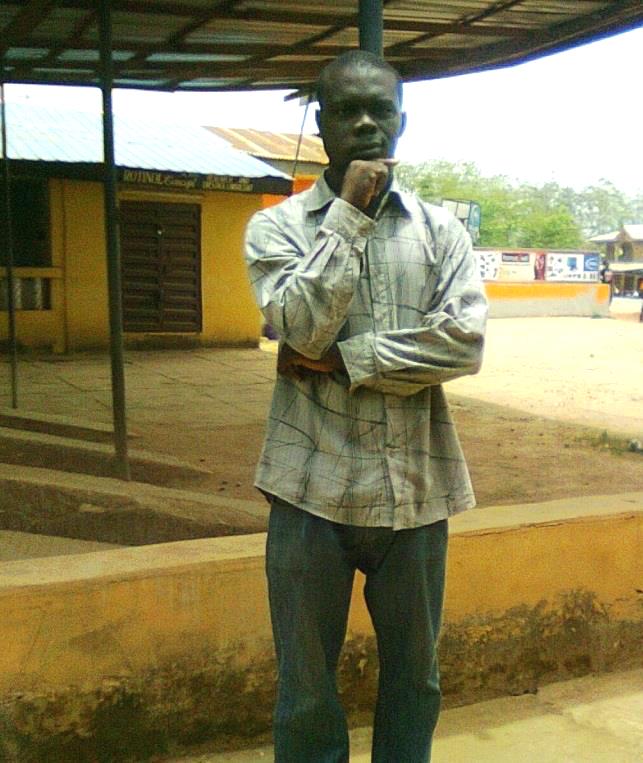 The Fictional Café has recently been treated to a drop of sunshine in the form of Chimezie Ihekuna’s poetry collection, “Poured Out Thoughts.” We happened upon news of his forthcoming chapbook of collected poems as a happy accident, through corresponding about his submission to our virtual ‘zine. Affectionately known as Mr. Ben, he is based in Lagos, Nigeria, and is a poet, playwright, novelist, essayist, speaker, and voice-over artist. He says his “love for humanity has inspired him to thirst for knowledge towards its advancement.” Though this review is centered on his upcoming book, you can get a taste for his work through the five poems published here on the Fictional Café.

Mr. Ben’s poetry collection is titled “The P.O.T.- Poured Out Thoughts.” His poems are organized around themes that anyone, regardless of background, with which nearly anyone will identify. However, Mr. Ben recognizes that often in life, certain emotions or circumstances cannot be categorized, and thus he has grouped a number of his works as miscellaneously uncategorized: “these are additional poems to make readers learn, get excited, get inspired, and think for themselves.” This section he calls “General,;” and all the thematic clusters are laid out in the table of contents: Personal, Religious, Children, Family, Nature, Humanity, Love, and Parental. Each has three or four poems grouped in its cluster. In some cases, such extensive organization may come off as attempting to control or constrict the reader. In Mr. Ben’s case, however, it merely reflects careful forethought in understanding the types of emotions and responses he hopes his poetry will evoke in readers.

In short, his poetry is a delightful combination of the simple and the thought-provoking. He does not assume anything about his reader’s background, and thus makes sure to write about universal themes and topics. His poetry is unpretentious, spared of overdrawn metaphors or hyperbole. As seen in his poem “The Making of self in the light of the tree,” he builds on a singular image to express his idea. In all six lines of the poem, he chooses verbs that are related to trees, such as “rooted,” “stemming,” or “flowering.” This is one important constant of the poem. The second is his repetition of the word “self” in every line.  Truly, he is so forthright in what he communicates through his poetry! While reading, I felt a true authenticity in his tone and writing style that can, and often is, missing in poetry.

Chimezie Ihekuna’s “P.O.T.” is a collection of poems I can choose from to read with my young niece and nephew before bed, and it is also one I can bring with me to read on the train as I commute to work: there is wisdom and insights into daily life in all of them. Mr. Ben has achieved an amazing feat in that his work will appeal to readers of any age and background. Each reader will take away different lessons and make different connections, but everyone will connect to his work.