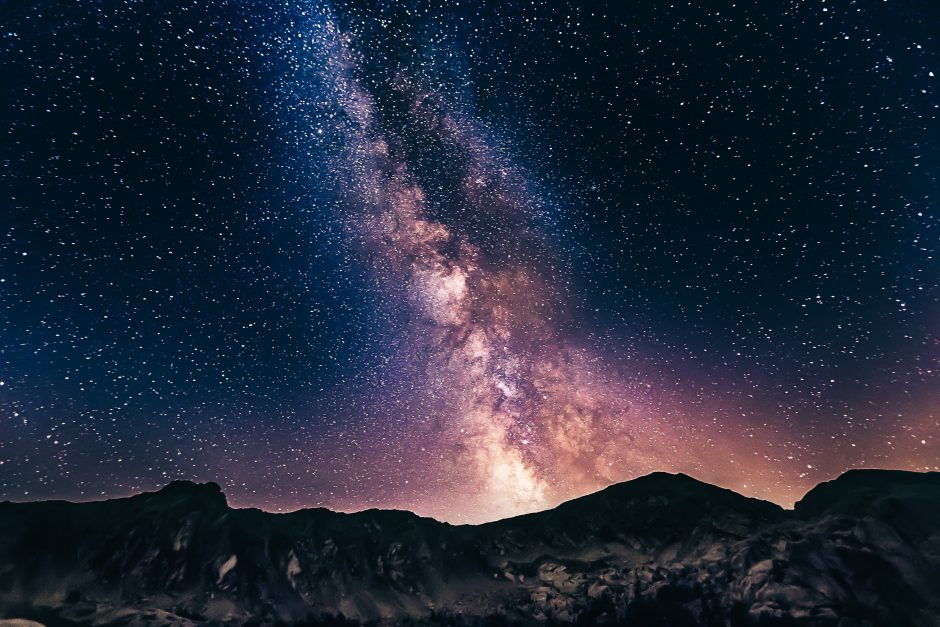 The pulsing woke him up from his deep sleep. He hated those blaring alarms and had opted years ago for the pulse. It did him wonders back then. Now he hated feeling it. He hoped for a morning where he wouldn’t feel it.

He groaned, moving his body under the covers. His fingertips grazed the cool metal that had become familiar to him over the past weeks. He swung his feet over the side, his weary green eyes half opened. Where a partner should’ve been had been empty for six years. Too committed to the military. It was just another excuse. The routine was the same since he had gotten home from his deployment: breakfast, shower, shave, dress and wait. Sometimes he waited all day with nothing happening. Other times he received phone calls. Once or twice he was ushered to a car and taken to the dreaded place. He thought of himself as a coward for calling it that. But it was.

The flat piece of glass hanging on the deep blue wall in his living room was blaring sports news. The captain walked out to wait in his chair. He turned to the glass in time to see the news change.

“To the Outer Wars now, we are still waiting on the jury in the military tribunal of Captain Ian Barker. The jury has been in deliberations for the past three days with no signs of an end in sight. Alicia, what you have you got for us?”

The camera cut to a beautiful woman in front of the dreaded place. Ian Barker reached for the remote–just as she opened her lipstick caked mouth–and turned it off. He sat there, his eyes staring at the glass. The urge to throw the remote washed over his body like a wave. A light to his right caught his eye. He picked up the small tube and tapped the button on the middle, extending the bendable glass within to the right. The image of his lawyer popped up.

“The jury came back.”

Barker’s heart skipped a beat. His face didn’t show it however, as he gave a curt nod and ended the call. He pushed his salt and pepper hair to the right following the part in his hair. He took a deep breath to try and control the thunder in his chest. He leaned forward, putting his hands against the crow’s feet and wrinkles on his forehead. His eyes closed, knowing what he would see. Maybe, with the verdict, the memories would finally fade away.

April 3, 2358, Halley’s Comet was responding to a distress signal near Pluto. Pirates were plaguing the area. That damn signal. Halley’s Comet was Barker’s first command after nearly twenty years of service. The excitement of months prior was replaced with dread within minutes.

Captain Barker put his hat on and made his way down to the lobby. The throngs of people and press had been an annoyance to his neighbors. He looked at the doors, the glass keeping the sound out. Cameras flashed and devices similar to his phone were pressed against the windows.

That word hung in his mind. It was written on a sign pressed against the window. He froze. He had heard it time and again when the news came out. Passersby, lawyers, witnesses, reporters. He couldn’t show anything now. He straightened, clenched fists at his side and walked to the doors. Security opened them for him, and a torrent of sounds hit him at once. Yelling, screaming, questions. All of them ignored.

It was a mad rush for him to get to the limousine, but security helped make it as smooth as possible. Some people banged on the car as it drove away. It had fazed him the first few days of the trial but now it was routine. He leaned back in his seat, his heavy eyes closing as the hum of the tires lulled him into a nap.

A dummy signal on an old wreck. He thought he was going to be a savior back home. The man that led his crew through a daring rescue operation. They entered the space around Pluto, and there rested the ship. And from behind it rose five pirate ships, all with weapons at the ready.

Tears came to his eyes.

Captain Barker snapped from his dream; his breathing short. He looked at the driver, who motioned his head to the right. Barker looked and saw the dreaded place, the courthouse. More people yelling at him. He waited until security gave him the all clear and he got out, trying to keep himself as small as possible. The wonderful building had just finished construction a month before trial, as if it was built for his misery.

Security stayed by his side until he made it to the third floor and was met by Jim Orasmus, a Martian Lt. JAG. He looked tired. Barker knew what the case had done to his credit with his fellow officers. Another casualty in these proceedings.

“None, I can’t find a damn thing out. Guess it really is going to be a surprise.”

The two entered the courtroom, lights flashing around them as they took their seats at the table that had become Barker’s second home. To their right was the prosecution team, already seated. Barker’s gaze went to the table. He didn’t want to look up.

When he did look up, he was looking at the five ships in front of the Comet. A lump was in his throat as he tried to get a command out. Officer Oros turned to say something but the ship rocked and leaned to port. A direct hit. Red lights filled the bridge. The alarm claxon blared throughout. Distress signals were put out. All energy went to the shields. He knew the pirates would decimate them. But if he could hang on, the full might of Earth would come crashing down on them.

Barker snapped from it, looking at the presiding, honorable Judge Alexander. Barker was about to speak when he noticed that his attorney and the prosecution were standing. He followed suit and the jury filed into the court. A slip of paper was handed to the bailiff, who walked it over to the judge. It was decades to Barker as Alexander read the paper. No emotion came to him as he turned to the jury.

“You may proceed. How do you find the defendant?”

“We the jury find the defendant, Captain Ian Barker, not guilty of manslaughter and abandonment of his command.”

Barker didn’t move or react. He felt a hearty slap on his shoulder. The room was punctuated with a wail. He turned to the tears of Mary Oros. His body went numb at the scene. He didn’t hear what Alexander or Jim said to him. Barker gave Mary his full attention. He watched the tears turn from sadness to fury.

“How could you?” She let out between breaths.

“I didn’t let it happen; they chose to.” The cameras flashed at his response. Jim moved between him and the cameras. He was led away. People talked to him but all he could do was nod and shake hands.

“Medical bay is overrun with injured from decks two through nine!”

It was too much for him. No training could have prepared him for this. The bridge stopped in their tracks to look at him, and he saw their faces. Scared. Determined. The realization of their captain not knowing what to do washed over them. Oros stepped out of his seat and spoke in a commanding voice for the abandon ship order. Barker couldn’t argue with him. A hand on his shoulder brought his attention to his second in command.

Barker was in the car again, his blood boiling. The reporters threw a thousand questions at him, and he batted them all away. He gave the driver a new destination to the heart of the city. Cars from above tried to get close but were shooed away. When they arrived, Barker got out alone and walked in full regalia. The monument crept up on him sooner then he thought. There the model stood in its plastered glory. Halley’s Comet. He stared at it, taking it in. The designers had done a great job getting every detail about the ship. He took a few breaths before the breaths faltered. He fell to a knee and bowed his head. He put a hand on the pedestal holding the model. Footsteps came behind him. He didn’t care who it was or what they were going to do.

They stood beside him as tears rolled down his cheeks. A gentle touch grazed his shoulder. He looked and his heart stopped.

“Did you do everything you possibly could have for them?”

She asked softly, her voice barely above a whisper. Barker found the strength to stand and face her. He tried to speak but found his voice was gone. Instead a hard swallow was followed by another stream of tears. The hand never moved from his shoulder as she spoke again.

“In his rightful place,” he got out. “He was truly a captain. One that I could only wish to be.”

“You are. I was so angry at you. I wanted to see you spend your life in jail. But you’re right: they made their choices. And you need to make yours. They chose to save your life for some reason or another. You should hold your head high that they thought that highly of you. That you commanded a ship at all.”

“I slowed them down.”

“Are you going to let it happen again?”

Barker turned to Mary. That blue gaze pierced through his soul. He turned back to the statue of the ship. His ship.

“That’s all they would want to hear.”

Mary Oros stayed with him for a few seconds before turning away. She walked down the path she came from, her footsteps echoing. Barker continued to look at the statue. He left a few minutes later, returning to the waiting car. Jim didn’t say a word as the car started back to Barker’s apartment.

“Jim, pull some strings. Recommend to whoever is in charge of the statue to put a list of every name that served on the Comet.”

Barker was back in his room. The only living member of the Halley’s Comet. The captain. He looked at the list of names that served that day. The anger and sadness were gone. Hope filled his body. The Cap’n he had heard them call him. He closed his eyes to the days in the mess hall laughing with the bridge crew. Nights of cards with the engineers. Training days with the operations team. The memories filled his mind as he reached for the cool metal under his pillow that he had put there since he had returned home. A gift from his father when he graduated from the academy. His hands shook as he looked at the pristine pistol. So many nights of questions. He put it in its box and snapped it closed. It would never happen again.

Zachary Piggott is a writer making his way in the world. A recent graduate of the MFA online program at Soutern New Hampshire University, he looks forward to teaching at the university level one day. In the mean time, he writes mainly in science fiction and enjoys crafting new worlds and alien races. When he’s not, he’s playing video games, watching sports and enjoying time with his wife. He is beyond excited to finally be a published writer.