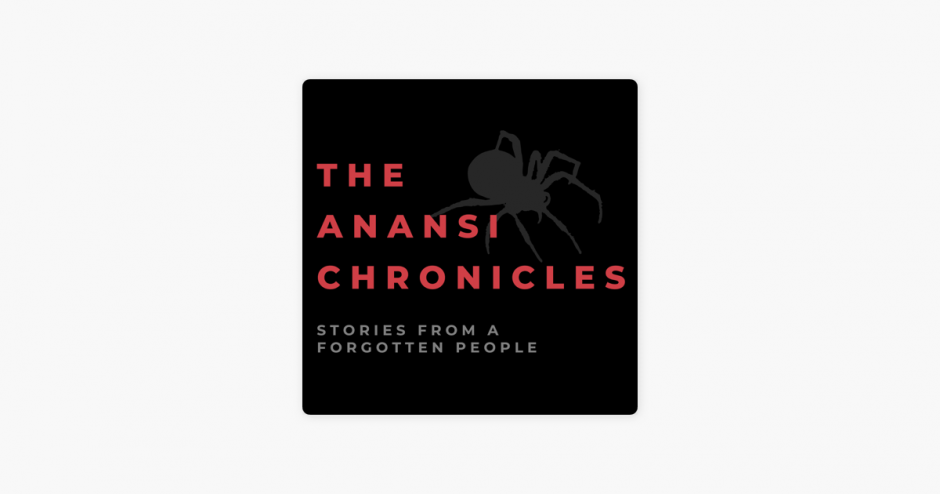 “Sacrifice, is what makes a God great.”

This is the first sentence that starts off the in-depth podcast that is the Anansi Chronicles by Chad Sterling. Unlike most stories that are created from the somewhat-crazed minds of their writers, (and this barista includes herself in that category of crazy as well), Sterling instead has gone out to unearth and display stories that were told for centuries around campfires, but over time have been forgotten or hidden.

The first episode starts as a god leaves his kingdom in search of stories. Some time later, after Asa the witch is taken, Kamau the Obayifo undertakes a perilous journey to the ‘new world’.

In episode two, Kamau undertakes a blood search for Asa.

In episode three, history reads directly from the rare document written by the witch Asa herself.

Rudyard Kipling once said, “If history were taught in the form of stories, it would never be forgotten.” And for many, especially us writers, that is certainly true. So let’s learn some new stories that were once forgotten. Let’s take an aspect of our history that was hidden and bring it into the light. After all, we are who we are based on our history, and the more we learn from our roots, the more we learn about ourselves.

(And since there are more than three episodes to this podcast, if you enjoy it, please follow this link to listen to more of the Anansi Chronicles by Chad Sterling and share his remarkable work on history and mythology.

And as always, if you check back in to Fictional Café’s Audio Arts page next month, there will be a new, entertaining podcast and story for you to listen to.