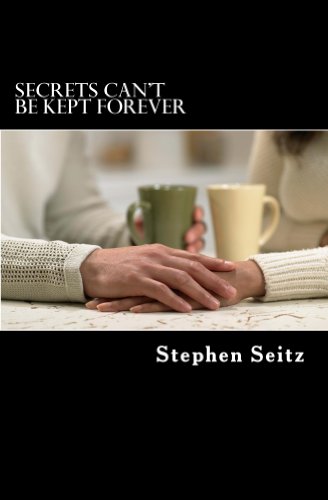 I recently attended “Bookstock 2016,” the Woodstock, Vermont, annual book festival. Many of us authors had our published works on display, for sale, and it was there I met author Stephen Seitz and his wife Susan. He’s written quite a few novels in the mystery genre and as we talked I became more interested in reading his work. I bought this one, Secrets Can’t Be Kept Forever, in paperback.

The story begins innocently enough, focusing on the trials and tribulations of Ace Herron, the crime reporter for a small local newspaper that’s been bought by a media conglomerate. In the course of his work he learns of a father who has embezzled a large sum from his employer, kidnapped his son, and taken off for parts unknown. Ace pursues the story, which takes many surprising twists and turns as it wends its way to one startling conclusion after another. It is in the way he weaves the story between characters and events that make this a very good and a very uncommon mystery.

Seitz’s other novels are in the mystery genre but are quite different from one another, which is refreshing in a genre that is filled with same-old, same-old plots. One of his novels, Sherlock Holmes and the Plague of Dracula, is available in an Audible version. I’m thinking it might make for an interesting podcast here on FictionalCafé.