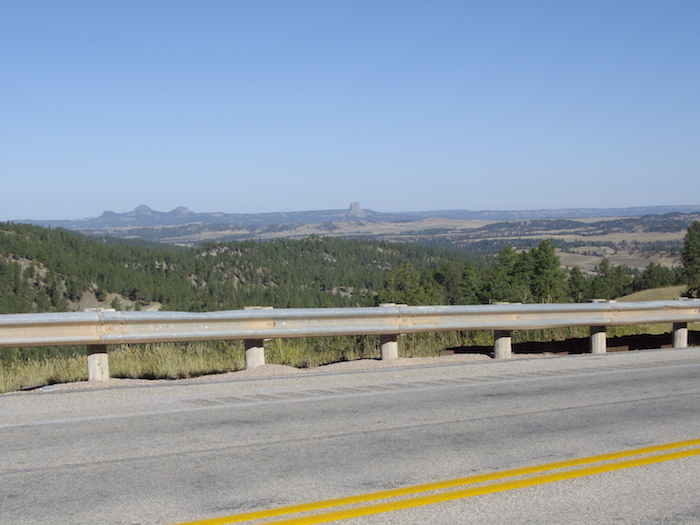 Cold fear seized Lucy as she mashed the Mustang’s gas pedal further down; her speed now hovered at eighty-eight. She peered into the rearview mirror, terrified by the man in the dented black Ford truck riding her bumper. She had peeled away from the curb in front of the nail salon when this truck pulled up beside her and the driver laid on the horn, waving his fist at her and shouting hoarse curses out of the open window.

“Shut up and move on! I didn’t do anything to you!” Lucy screamed out her window, but this guy’s response—it had to be a guy, she thought—was to rev the truck’s engine as he drove along beside her.

People walking along the sidewalks stopped and stared. The truck driver slowed and fell back, so she drove on.

Believing the incident was over, she dismissed it from her mind until she turned to go home on Highway 85, then he zoomed up on her bumper again.  Now she wished she had stayed on Highway 111 where traffic was heavier, but that was the long way home for her. Highway 85 was a two-lane road that wound through countryside scattered with cornfields and pastures dotted with cows. Houses were few and most set back off the road, hidden by thick trees.

Wind from her open window whipped her long red hair around her head, but despite the cooler afternoon air sweat glistened on her face and rolled from her armpits down her sides.

She glanced in the rearview mirror again to see his face, but most of it was hidden by a baseball cap and sunglasses. A wave of fear swelled in her chest.

“JERK!” She yelled out of the window.

She turned her purse upside down and shook everything out. Lipsticks, pens and other items fell onto the seat beside her. A tissue was sucked out the window as her hand grappled around in the clutter until her fingers closed around her cell phone. She began to dial 911.  He must have realized what she was doing, because he bumped her Mustang as a warning.  She jerked forward and the phone went flying from her hand, landing between the passenger seat and the door.

“You stupid jack hole! Leave me alone!” she screamed at the top of her lungs, beginning to cry. Why was he doing this? She was just a fifth-grade schoolteacher with a husband and Max, her Cocker Spaniel. She hadn’t done anything to the freak.

Anderson Lane was ahead on the right. Please, let Chris be home, she silently prayed.

She wished there was some way she could lose him before turning off on her lane. She certainly didn’t want him to know where she lived. Suddenly, Mabel’s house, with the tree-lined circle drive, popped into her mind and she whizzed past Anderson Lane until she saw the mailbox. She slowed a little as she wheeled into the graveled driveway, skidding on loose stones, then speeding around the drive, dodging various elongated concrete flowerpots. Hearing a sharp crack, she peered in the rearview mirror.

The big truck hadn’t navigated the turn as easily as her Mustang and had slid sideways, taking out the mailbox, giving her a small break.

With a shot of hope, she raced back to Anderson Lane. A couple more miles, across the bridge and then home and a call to the cops. The bridge was in sight when to her left she saw the truck bouncing across a cornfield, leaving splayed stalks in its wake. Oh God. Her throat constricted, her heart pounded in her chest.

The truck leaped from the field onto the lane, racing to intercept her at the bridge. Lucy sped up, but it was too late. The truck got there first and as she approached, she realized what he was about to do. She hit her brakes, sliding to a stop and braced herself for the impact. Thankfully, the impact wasn’t at full speed, just enough to smash in her door. She jerked sideways, her head bouncing off the door frame and hitting the steering wheel.  Then everything was still as the car came to rest against the guard rail. Blood flowed from a cut on her forehead. Her head throbbed with pain. She heard the truck door open and heavy footsteps coming toward her. She grabbed the door handle and pushed fruitlessly against the door.

A strong hand grabbed her face and wrenched it sideways toward the window. With her left hand, Lucy grabbed the thin wrist.  Gasping, she stared back at the face that leaned in the window, up close and personal.  It wasn’t a man who had run her down at all, it was a woman wearing a black tee shirt and army pants complete with army boots. Her body was perfectly trim. Her cap had hid the fact that she had long black hair pulled back in a ponytail.

“Why me?” She whispered, seeing her reflection in the woman’s sunglasses. Then she removed them. Lucy felt a sickening thud in the pit of her stomach.

“Rhonda, you . . . underhanded piece of white trash!” Lucy blurted out, anger rising in her chest.

Rhonda tensed and squeezed Lucy’s face, her sharp fingernails digging into her skin, causing shards of pain to rupture across it. Rhonda’s voice rose a pitch higher.

“I dare, because now I know the rumors are true. That you were chasing after my husband.”

“No, he was chasing after me. I just let him catch me,” Rhonda hissed in Lucy’s face.

“I’m sure you didn’t run too fast. So what now? And just what was all the road rage about?”

“When you’re dead, Chris and I will live, uh, to use an old adage, happily ever after. The road rage was a ruse to avert the police from sniffing around us when witnesses remember the driver of a black truck yelling obscenities at you. Everyone will shake their heads and confess how sad that your life was ended by a man with road rage.” Rhonda shook her head, mocking sadness, her lips compressed in a frown.

In the seat next to her, Lucy felt around the pile of objects for a weapon. Her fingers wrapped around a piece of thin metal and with a sudden, downward slash, she ripped the nail file across Rhonda’s face. Blood spewed from the gash.

Screaming curses, Rhonda grabbed her face with both hands. Blood gushed from between her fingers. Turning, she stomped toward the truck, swung up into the cab and slammed the door. Lucy heard the engine roar to life, knowing what Rhonda was about to do.

Rhonda threw the truck into gear and rammed into the Mustang, pushing it toward the bridge railing.

“NO!” Lucy screamed at her. “Stop!” She stomped the brake pedal to the floor to no avail.  She could hear the groaning of the metal guard rail as the car pressed against it.  White smoke rolled off the truck’s back tires.

Lucy continued screaming as her door began to cave in and press against her thigh. Then the railing snapped apart. Her car was pushed to the edge and teetered there.  Backing the truck up, Rhonda pulled away from the Mustang and drove across the bridge and then stopped again. Weeping, Lucy rolled her head to the side to watch as Rhonda strode back toward her, blood flowing in rivulets down her chin and onto her tee shirt.

As her car tilted downward slightly, inching past the split railing, Lucy moved her mouth silently in prayer.  The groans of the car grew louder as it tried to hang on when Rhonda stuck her head in the window.

“You might think you will live happily forever, but you won’t. Not with murder hanging over your head and besides, you won’t get away with this.” Lucy angrily chided, feeling the car slide more.

“Honey, I’ve already gotten away with it. I just thought I would come back and help send you on your way,” and with that Rhonda shoved the car.  As the Mustang moaned and began to slide, Lucy whipped her arm out and grabbed Rhonda’s ponytail, wrapping it around her hand.

“Let go!” Rhonda screamed in panic, grabbing at Lucy’s hand, but Lucy held on as the Mustang’s last tire lost its grip and the car began a nose-dive toward the river below, the shrieks of both women fading into one long scream.

Lynne Conrad is an avid writer who also enjoys reading suspense, mystery and supernatural tales, playing piano and traveling. She has been previously published in Heater, Under the Bed, and Sanitarium Magazines. She lives in Cookeville, Tennessee.