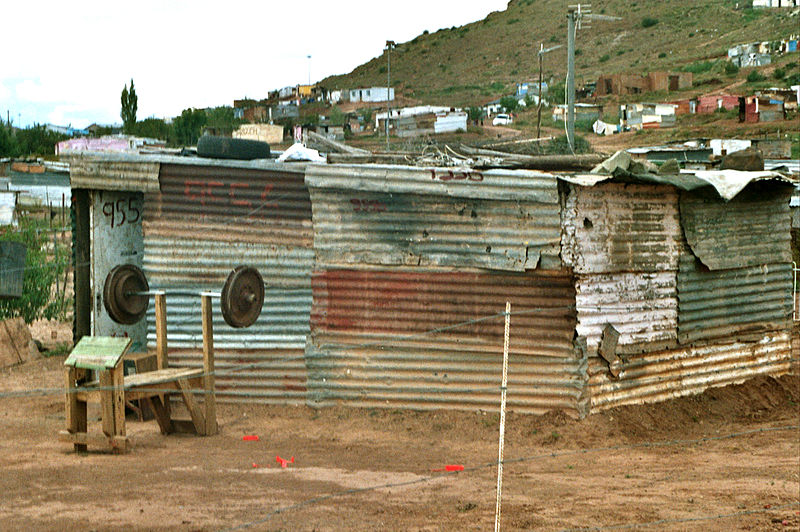 The cry of the KWEREKWERE

A hail of stones ran through Shoko’s Shack. His heart pounded so hard as he heard the thundering of the rocks every time they hit his corrugated iron shack. It was a chilly day but he found himself drenched in sweat, his mind was in turmoil. The only instinct he had was to save his life from the marauding monsters outside who were baying for his MaKwerekwere blood. “Come out you maggot!” “Cockroach!” “Scavenger” different voices called out from the mob gathered outside his one roomed shack.

On top of the bed was a buttered and worn-out black suitcase with his meager belongings which he had hastily packed inside resting on a threadbare greasy quilt. The zipper had ceased to function. Shoko had wrapped a thick red string around it to keep the bulging contents inside the bag. He kept on peeping outside through the shattered window in order to see whether he could bolt his way out never to be seen again. However, he soon realised that there was no way he could race through the tightly packed mob which was steadily multiplying every minute in his front yard. Shoko knew that he needed a way out or else he knew his fate if ever the blood thirsty mob got hold of him. But he was not ready to meet his maker yet. Tears flowed down his cheeks like an intermittent stream before he collapsed on top of his bed. He remembered the sweet smile of his only daughter, Chido, the warm caress of his wife, Brenda, back home in his rural home in Shurugwi, Zimbabwe. What of his poor widowed mother? “Not yet, not just yet, I have to survive.” he said willfully.

The hail of stone was still pouring from all directions, now the mob had broken into a chant, it seemed the song uplifted their spirits and morale as they were toyi-toying, chanting:

Shoko fished his cellphone from his back pocket and dialed the local police emergency numbers, his hands were trembling with fear, “Hello! This is Shoko from Blueberry Street I’m being attacked by an angry mob, please come to my rescue,” he shouted at the top of his voice as if he was a politician addressing a large gathering. “Hopewell police station how may we help you?” said a voice on the other side of the line. “. . . You said you are who? . . . Speak up sir . . . Please come again, I can’t get you there is too much noise in your background . . . Hello?” then the call was dropped.

This was his only hope he redialed the number again but this time it was engaged, then a large boulder suddenly crashed through the window, came straight at Shoko and missed him by an inch. It landed with a mighty crash, breaking his plasma television into pieces. Startled Shoko dropped his cell phone on the floor. The screen immediately broke into a thousand pieces and went dead. His heart was pounding so hard as he hurriedly took cover under his bed desperately clutching a rosary in his left hand. “Lead us not into temptation but deliver us from evil . . .” he desperately prayed in Shona his mother tongue.

From the very same window the boulder came through, a flaming two litre coke plastic bottle was thrown inside his Shack. More petrol bombs rained through the broken window into the shack. They ignited everything in their path. A cloud of smoke rose as the flames devoured everything in the way. The smoke choked Shoko, it stung his eyes, but he hung on like a World War I soldier in the trenches during battle. Suddenly, another petrol bomb landed on the bed, and it immediately went up in flames. A white stuffed unicorn which Shoko had bought for Chido one day on his way from work melted instantly like a marshmallow in a hot pan and turned into a grotesque lump of burning fur.

Then the inevitable happened, Shoko’s clothes caught fire, he bolted out of the bedroom screaming, bumping into property as he tried in vain to put out the flames engulfing him. He banged himself against the iron sheet walls. The mighty blow from one large rock landed him at the back of his shack. Shoko regained his strength as he gasped for fresh air. He silently tore all the clothes from his body and started running. ” I have to be a man, a man doesn’t give up easily, if it means losing my dignity running naked yes I will, for the sake of my life a living dog is better than a dead lion, what use will I be to my family if I am dead?” he thought to himself as he ran aimlessly on the ghetto streets.

“There he is, he’s escaping!” ” Catch this dog!” shouted people from the mob, as they spotted him dashing off. Soon a wild chase began, Shoko ran for dear life naked, his black skin shining in the sun, he was too worried about saving his life to cover his dangling manhood as he ran. He ran like a mad man. “Kwerekwere! Catch him!” the slogan came from different directions. He ran till his chest felt like it was burning, his naked feet hurt and bled from the cuts and bruises he sustained as he ran. Unfortunately, he ran into a dead end, at the end of the street there was a high slippery wall. He could hear the ground shaking as the mob gained distance, like a trapped mouse he stood motionless, he did not know what to do.

Two fully grown men pinned him against the wall, his naked body was wriggling like a helpless caterpillar in the hands of a small child. The third one who had been watching his crew with fascination raised his hand to the mob as a directive for them to go silent. In no time, the chanting died everyone went quiet, you could drop a needle and hear it hitting the ground. Then he slowly marched himself to the pinned Shoko.

“Kwerekwere! How many times have we told your kind to pack your bags and go back to your miserable countries?” he said as he looked at him with hostile eyes. He let out a short evil laugh, “hahaha! but then, you guys, you do not want to.” He then punched him so hard in his face knocking out his front teeth, blood oozed from his mouth.” We will hunt you down one by one and squash you like rats! We will fish you all out—no foreigner will be left breathing. You must die or go back to where you came from. The crowd cheered and whistled and danced to what their ringleader had just uttered.” Fish them out, fork them out cleanse the nation,” they shouted.

The ringleader raised his hand again, everyone went quiet then he continued with his official speech. “Our local brothers and sisters are losing their jobs because of you foreign immigrants. You take everything, you open businesses make yourselves rich while we locals live in squalor.” he said kicking his abdomen, he coughed and spitted out some blood. “We are tired. One by one you will burn.”

“Brother please this man is innocent, he is just a garden boy fending for his family. He has never bothered anyone, please, please, I beg you to let him go,” pleaded Shoko’s landlord. He was a stout man in his late forties, he had known Shoko for more than five years and he knew how hard working and sincere he was. As soon as he caught wind of the calamity that had befallen his tenant he ran after the mob till he caught up with it. “Now are you Martin Luther? A human rights activist?” asked another man from the mob as he gave Mr. Zulu, the stout man, a hot slap before he pushed Mr. Zulu away and said, “Go away, you president of the Makwerekwere. Do you also want to meet his fate? Are you also a Makwerekwere? Why do you sympathise with these roaches?” Three people joined him, then swept him off his feet and carried him away from the mob kicking and screaming, “Put me down!” but all his protests fell on deaf ears as they carried him away from the mob.

Shoko was now exhausted, his whole body felt sore from the punches and kicks and the burns he had sustained earlier when his clothes caught fire. He went onto his knees and begged for mercy. “Please my fellow brothers, I might be Zimbabwean but we are all Africans, only the borders separate us, but we are one,” begged Shoko. “Shut up you skunk!” bellowed the ringleader as he spat on his face.

“Petrol please!” he ordered. Soon, a gallon of petrol was in his hands. “Bring the necklace,” he ordered again. A big black car tire was brought forward by a small boy around twelve years of age. He bravely put it around Shoko’s neck, showing no emotion, his face was as hard as stone “Good boy!” said the ringleader as he patted him proudly on his head. The boy smiled a little and joined the mob again. Shoko was still on his knees begging, tears running down his face, naked. The ringleader drenched Shoko with a gallon of petrol while his mates tied his hands back with a metal chain. He fumbled in his pocket and took out a cigarette lighter and set Shoko ablaze.

He let out a piercing scream of anguish, wriggling in pain on the ground. The mob shouted “Kwerekwere!” Shoko stood up screaming at the top of his voice as the flames ate into his flesh, the hot melting rubber from the burning tire dropped into his flesh, painfully scalding him. He stood up and ran, the pain was unbearable. The crowd was cheerful and followed behind watching, as he writhed in pain.

As soon as the wailing sound of the police van and ambulance siren was heard approaching the scene, the crowd dispersed within the blink of an eye. Shoko was left all alone writhing in pain, crying and calling for his mother. “Maiwee Kani!!!! I am in pain,” he cried. Mr Zulu, who had been hiding nearby ran to him holding an old wet blanket and threw it over him, instantly putting out the fire. After that he removed the tire from his neck, he cradled him like a baby, as they impatiently waited for help.

I am Jane Nkiwane, a Zimbabwean female journalist, recently graduated from the University of Science and Technology in Bulawayo, Zimbabwe, with a degree in journalism and media studies. I am currently working at Community Podium News agency.