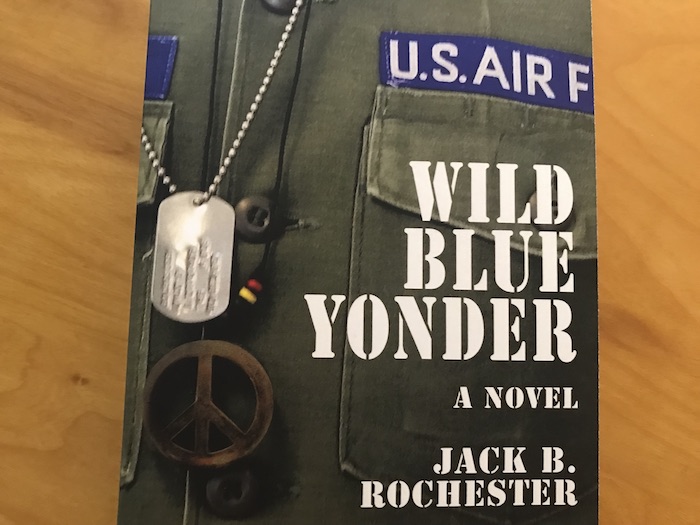 It’s 1965. Nathaniel Hawthorne Flowers has lost his father, flunked out of the University of Chicago, and finds himself facing the draft. He opts for four years in the US Air Force over two years of Vietnam in the army. He and four like-minded troops are thrown together at a small remote air base in Germany, where they try to make sense of their lives and the strange world in which they find themselves.

These are military misfits whose behavior doesn’t quite qualify for a dishonorable discharge, yet are sufficiently problematic that if they were sent into the Southeast Asia war zone it would look like punishment—therefore more trouble for the military brass. So they are sent to a place irreverently known in the military as “Bumf**k,” where they can be forgotten about until their enlistment runs out.

Arriving in Germany, Nate finds himself heading straight into a military Catch-22. His assignment: writing stories for the Stars and Stripes newspaper, which he soon learns will never see print. Nate’s adventure deepens as he and his fellow troops try to understand why they’re there, the military mindset, and the massive social disruption roiling 1960’s America.

The military is supposed to build teamwork and camaraderie, and that theme is prevalent throughout—but in an ironic sense. “One for all” devolves into self-interest, and the bonds formed by the troops quickly and sadly disintegrate. “Bob Dylan’s Dream” frames what happens to these five young men. Philosophically, Nate learns that in the final analysis, each of us is alone.