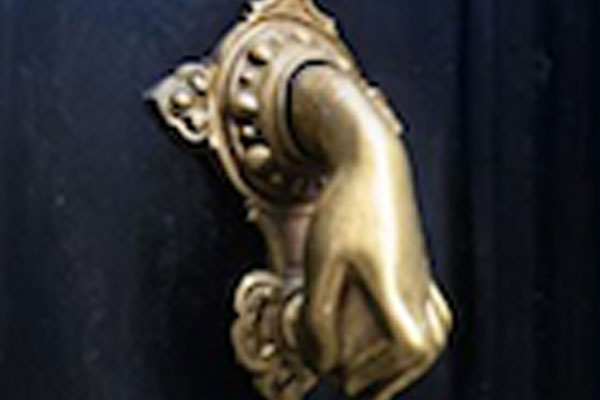 Editor’s Note: With this book review, we take great pleasure in introducing Simran P. Gupta, a new and talented contributor to Fictional Café. Learn more about Simran at the end of her review. We hope to be seeing a lot more of her writing here at the Café!

When Ghosts of the City’s Past Linger: A Review of “The Appearance of Annie Van Sinderen,” by Simran P. Gupta

Katherine Howe’s YA novel, The Appearance of Annie Van Sinderen, is a perfect combination of spooky and romantic. The result is an equally enthralling and chilling story. Perhaps most impressive is the fact that Howe has written a love story in which one half of the equation is a ghost– yet she never says the word. As summer eases into autumn, this is a perfect book to accompany a cup of cider and favorite fireside blanket.

The Appearance of Annie Van Sinderen tells the story of Wes Auckerman, who is spending his summer taking a film production course at New York University, with hopes of transferring to their competitive program in the fall. An aspiring documentary filmmaker, his capstone project is a documentary titled Most, which features New Yorkers confessing what they want most in life.

Wes meets the confusing and mysterious Annatje “Annie” Van Sinderen when helping his (somewhat obnoxious) friend Tyler shoot a séance for the latter’s art film. During an endearingly comedic fumble, Tyler and Wes are struggling to adjust cameras, focus, and positioning of the subjects when Tyler spots a ghostly something through his lens, blocking his shot. And here we have it: the appearance, or at the very least, apparition, of Annie Van Sinderen. Enthralled by her antique-looking attire, otherworldly beauty, and air of mystery, Wes finds excuses to seek her out and begins to spend more and more time with her. Annie is trapped between two points in time; constantly oscillating between her memories in 19th-century NYC and the modern-day city, confused and looking for something lost, trying to put together puzzle pieces as she races against the clock. These two motives–Wes’s more romantic inclinations and Annie’s suspenseful situation–tangle together to carry Howe’s plot forward.

More proof of Howe’s genius lies in the fact that Annie is not the Manic Pixie Dream Girl of the story. Annie has her own complex history and identity. We get to know her character, her story, witness her growth. We empathize with her as she comes to terms with her romantic feelings for Wes although as she has a “true love” back in her own time (Howe alternates POV between Wes and Annie artfully). We feel her terror as she feels time running against her, smile as she forms bonds with Wes and his friends, feel her tickle of jealousy as she watches him interact with our other heroine, Maddie. An enigma at first, Maddie can be seen as the antithesis to Annie as well as another romantic contender for Wes, creating a fascinating dynamic between two strong female characters.

A suspenseful-yet-heartwarming story is what Howe achieves through her unique writing. The impact of her never using the word “ghost” to describe Annie makes Annie more real and substantial; she, as a character, is so much more than that. It gives us greater understanding her predicament and motivations and emotions, allows us to understand the role of time and the idea of fragmented identities much more thoroughly. The characters themselves are flawed and human and quirky, making them relatable no matter the supernatural circumstances.

Wes, who grows as a result of his brief affair with Annie and her effects on his film and filmmaking, is so relatable in his naive yet pure heartache and love. He is authentic and genuine, uncensored in his thoughts and goals. Maddie, the rebel-with-a-soft-core runaway heroine who is key in piecing together the story of Annie’s past, is a combination of strong yet vulnerable. Tyler and Eastlin (resident fashionista and Tyler’s roommate), both guarded in different ways for various reasons, inspire discussions about class and identity.

Everything about this novel is twisty and strange and beautiful, from the people thrown together who become loyal friends to the love story that manages to escape being a love triangle (much appreciated). The story will give you chills and sit with you long after you’ve finished it.

Do yourself a favor and get a copy; the paperback will be out September 16, 2016.

Find The Appearance of Annie van Sinderen on Amazon Audio, hardcover, and paperback.

Simran Punjabi Gupta is a student in Boston majoring in English and French. She would spend all day writing if she could. Find her blog at The Ampersand.