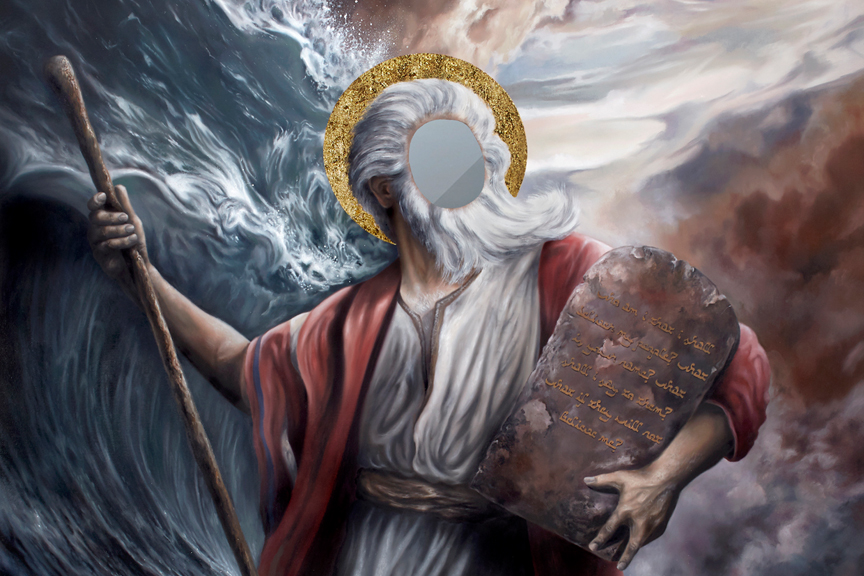 What God Is (WITHOUT THE WOO WOO)

Why God is the Pursuit of Meaning

The evolution of the concept of God is one of the oldest, deepest and most important developments to ever have risen out of the human psyche. Throughout almost every culture on Earth we have seen evidence of belief in the divine. The idea of God or a creating force has evolved from the earliest known manifestations represented as human-animal hybrids, to pantheons of intervening superhuman gods, to God as man made flesh on Earth, to more contemporary notions of God as the totality of the universe and its contents.

Humans in their desire for answers to life’s most pressing questions have creatively reimagined and transformed God over the ages to fit their needs, values and beliefs. Despite all of the diversity and complexity ascribed to the thousands of variations of God, there seems to be room for one more. The true picture of God may not be supernatural, meta-physical or even metaphorical, but a creative force that may be as old as life in the Universe.

At a fundamental, subatomic level, the building blocks for the whole of nature are particles. Confirmed the world over and replicated hundreds of times for nearly two hundred years are the results of the famous double-slit experiment. The results suggest that these building blocks can exist as probabilistic waves which exist everywhere in the universe simultaneously (called a superposition) or as particles which have location and measurability. A particle seems to exist as a wave only until a conscious observer interacts with it, when it then becomes a particle with locality in space. This phenomenon is called the collapse of the wave function. While the interpretation of the results vary and have since delineated into several different widely-held theories, the Copenhagen Interpretation of quantum mechanics has championed this phenomenon as suggesting that consciousness* plays a fundamental role in the structure of the universe. Consciousness seems to be the mechanism which engineers nature’s fundamental composition from probabilistic wave-states to determined particles with structure and location.

So as far as we can tell, when consciousness appears in the universe, so too does the universe itself appear as we know it. It no longer exists as a probabilistic potential, but it is realized and is actualized into reality as we see it, sense it, interact with it and understand it.

From the biological standpoint of life on Earth, if one were to posit a “meaning of life,” a comfortable conclusion for purpose can be described as being the propagation of genes. All of life’s organisms evolve into and participate in a delicate web of interaction and dependence so as to maintain and maximize this general aim of life. Once the fundamental building blocks for life are present and available in an environment, self-replication of molecules and other complex phenomena takes action and the genesis of life begins. This process of replication and mutation guided by the principal’s of Natural Selection, eventually lead to self-conscious creatures such as ourselves. Though we may not say for certain that this process will always lead to self-conscious computation, from our sample of one, life on Earth, it has.

I am defining a meaningful pursuit here as a positive, morally salient engagement or activity which maximizes flourishing and the likelihood of the continuation of life and reproduction. This would be an activity that positively impacts the individual engaged, their closest relationships, their community and environment, their society at large, the global community of our species and the totality of life on Earth simultaneously. The impact and effectiveness of the activity would be greatest at the individual and local level while the scale of impact at the societal and global levels are often much less — but still measurable in principle, however small.

A meaningful pursuit as defined here must necessarily bebenevolent. Malevolence and malevolent behavior should be seen as ultimately and fundamentally unsustainable as it is an impediment to an organism’s deepest biological instinct: the desire for procreation and the continuation of life. I am speaking, of course, generally. The more we see cooperation, altruism and harmony within groups in the animal kingdom, the more likely a species will be successful and ultimately harbor the desire, not just the instinct, to procreate.

If a human engages in a meaningful pursuit, he or she is maximizing the likelihood for the flourishing and continuation of life. And so as long as life continues, consciousness exists and the universe is actualized. Without consciousness’s ability to engineer the wave-function collapse, the universe ceases to exist in any relevant respect to the human experience or the experience of conscious organisms. That which creates the universe and allows for its continued existence is God as we have traditionally defined it. In this sense, God must be the pursuit of meaning.

Through the lens of moral and ethical teaching, humans have been brushing up against the instinct to pursue meaningful activity since we were first able to conceptualize it. Though this instinct is ancient and part of our fundamental psychological makeup, the religions of the recent millennia have elegantly outlined the value of meaningful pursuit through creative story and narrative. For example, God as the pursuit of meaning can be interpreted in the Christian story of Christ.

Jesus is accused and convicted of falsely representing himself as the messiah of jewish prophecy. Before his sacrifice by crucifixion, Jesus appears to have various opportunities to relinquish himself of the charges, but does not. He can deny the claims made against him and save his life, but he does not. Despite the gravity of confronting his own mortality, he quite literally picks up his cross and carries it in the face of death. His prayer and “speaking with God’’ prior to his death can be seen as a dialogue with his self-conscious intuition. By dying he knows he will be with God and his life will have been lived for meaning and purpose. He chooses the meaningful act and once he dies is awarded resurrection and is able to live again. By pursuing what was most meaningful he is allowed life again.

As I see it, this is an allegory for what is fundamentally taking place with life in the universe. It is the pursuit of meaning that allows life to continue and to continue to be reborn as it dies.

*Consciousness as I define it here: Consciousness is the fundamental quality of what it is like to be something. While their fundamental experience varies greatly in quality and nature, all living organisms should be seen as conscious beings. For mysterious ways we do not yet understand but can scientifically witness the results of, consciousness seems to be the mechanism which engineers nature’s fundamental composition from probabilistic wave-states to determined particles with structure and location. I refer here in part to the Copenhagen Interpretation of quantum mechanics.

Steve Sangapore is an American contemporary oil painter. Using vastly different stylistic approaches with various series’, his work can be described as an amalgamation of realism, surrealism and abstraction with thematic focuses on the human condition. His unique take on composition, subjects, and structural execution has led his paintings to be exhibited nationally and published in art magazines and journals, including Art Business News, The Boston Globe, Creative Quarterly, Artscope, and E-Squared Magazine. You can find more of his work on his website.

Previous post“Danger in Plain Sight,” a Novel by Burt Weissbourd
Previous post“Leap of Faith” — An Ekphrasis Poem by Mark Blickley