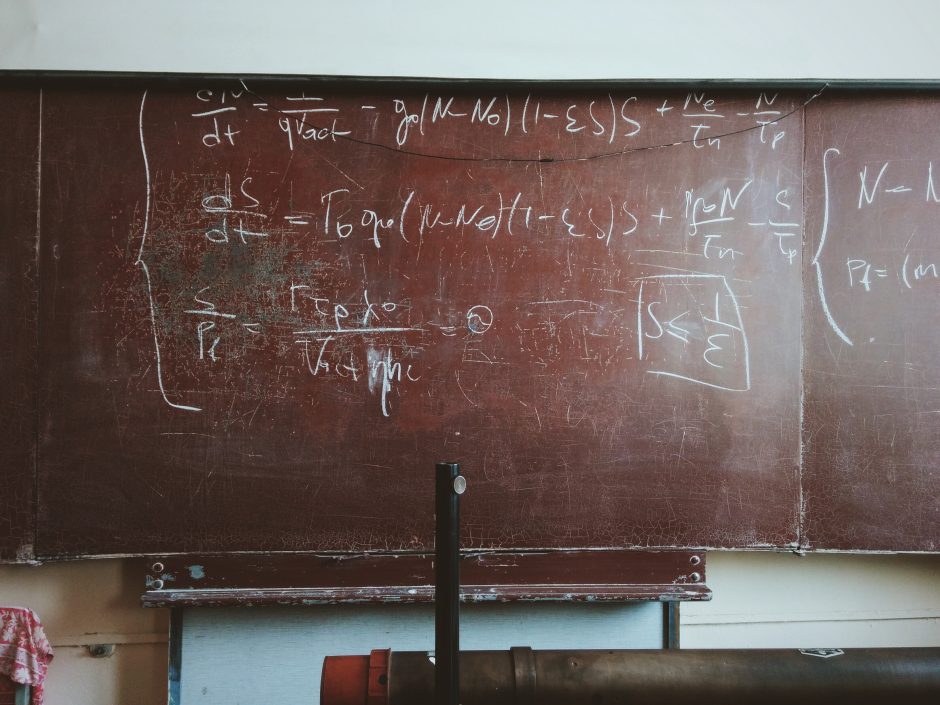 I meditated on this lost and perhaps mythical labyrinth . . . on the secret summit of some mountain . . . I imagined it infinite, . . . a sinuous, ever-growing maze which would take in both past and future and would somehow involve the stars.

“I did it,” Professor Radiant announced. “I’ve solved the problem of faster-than-light travel.” Radiant was the most senior member of La Mancha University’s Department of Mathematics, but no one listened to him. He was well known for his quixotic quests to solve problems like the Riemann hypothesis or to show Pi did, in fact, have a last digit. Of course these efforts never ended well.

Thus, not until Professor Radiant made his claim about the secret of FTL travel loudly, for the third time, at the University’s annual Colloquium on Mathematics and Engineering, did the Chair recognize him and allow him to speak. Professor Radiant’s presentation was short and to the point.

“The answer lies in the math, as you might expect. One must take the square roots of negative numbers without using any imaginary numbers. Identify the real

number that represents the square root of, say, negative four, and you can build an  FTL drive for a spaceship as large as the Saturn Rockets. Or larger.”

The announcement was met with brief silence, followed by groans and boos. Phrases such as “senile” and “out of touch” were uttered. The engineers in the crowd looked half-amused, the mathematicians embarrassed for their elderly colleague.

“I cannot blame you for being skeptical,” Professor Radiant confided. “I spent years inventing an entirely new method of calculation to solve this problem. Even I often wondered if it might all be only a waste of time. But success comes to those who persist. I refer to the method as virtual mathematics. If you like, perhaps I will give a seminar on the techniques for identifying real square roots of negative numbers. Some of you, especially the engineers, may struggle to follow the math. But as people who get things done, surely you will respect the principles when you see the results.”

More boos. A chorus of “Yeah, right,” and “Sit down, Pops” rolled through the crowd. Unabashed, Professor Radiant continued: “I therefore invite you to step outside and observe the finished product.” Thereupon he strode confidently toward the door of the hall. Most of the crowd, unconvinced but curious, got up to follow.

“Where did that thing come from?” one of the mathematicians wondered aloud. “It wasn’t here when I came in.”

“I present the first actual faster-than-light vehicle ever built,” Professor Radiant said proudly. He gestured at his invention, as if anyone might now have overlooked the machine. “I call her the Forking Path.”

“More than anything else, it resembles a hybrid of a dust-bin lorry and giant kitchen blender,” observed Professor Richard Madden, an expatriate Irishman, literary historian, and one of the few representatives of the College of Humanities to attend the scientists’ gathering. Madden was a former military officer, a Captain who, rumor alleged, in his first career, had nearly been assassinated by spies during the war. The enemy had been desperate to keep Captain Madden’s esoteric knowledge of time and space from falling into other hands. When Captain–now Professor–Madden’s department head asked why he bothered to associate with “those gear-grinders and fraction-mongers,” Madden merely observed, “I’ve learned it’s a good idea to keep one’s friends close and one’s enemies closer.” Just now, however, Madden’s attention was focused on Professor Radiant and his machine. ” ‘The Forking Path’–after the title of the story by Borges?” he inquired.

Radiant smiled and nodded. “Exactly. Wise man, that Borges. Had some profound insights into the nature of time and space.”

“But what about the increasing-mass problem,” began one of the engineers. “According to Einstein—” The engineer was interrupted by a mathematician, who demanded, “Let’s see your calculations. Every undergrad knows square roots of negative numbers have no real-number analogues.”

“They don’t–not in this dimension, anyway,” Professor Radiant said to the mathematician. “But in the right alternate dimension, the math works out perfectly. Also, variations of mass work in reverse there, so the energy needed for acceleration diminishes as speed increases.” He turned a benevolent smile on the engineer, to let him know he was no math snob and had equal respect for both Doers and Thinkers. “Now, which of you would care to join me in a quick interstellar flight?”

Of course, Captain Richard Madden, the old-soldier-turned-professor, was the only one to step forward. He followed Professor Radiant up the short ramp to the door of the ship.

So the two stepped into the shadowy interior. Professor Radiant closed the hatch, which appeared to be made of solid steel, massive as the door of a bank vault. The ship shuddered briefly and disappeared, leaving a sudden boom, a faint smell of ozone and used pizza boxes (because some of the parts had in fact been borrowed from dustbin lorries), and a whoosh of air as nature filled the vacuum it abhorred.

The puzzled mathematicians and engineers were speechless for once, each quietly wondering what they had just witnessed.

David Rogers’ poems, stories, and articles have appeared in
various print and electronic outlets, including Star*Line, Third
Flatiron, and Daily Science Fiction. His collection of short fiction,
Emergency Exits, is available from Amazon.
More on his website.