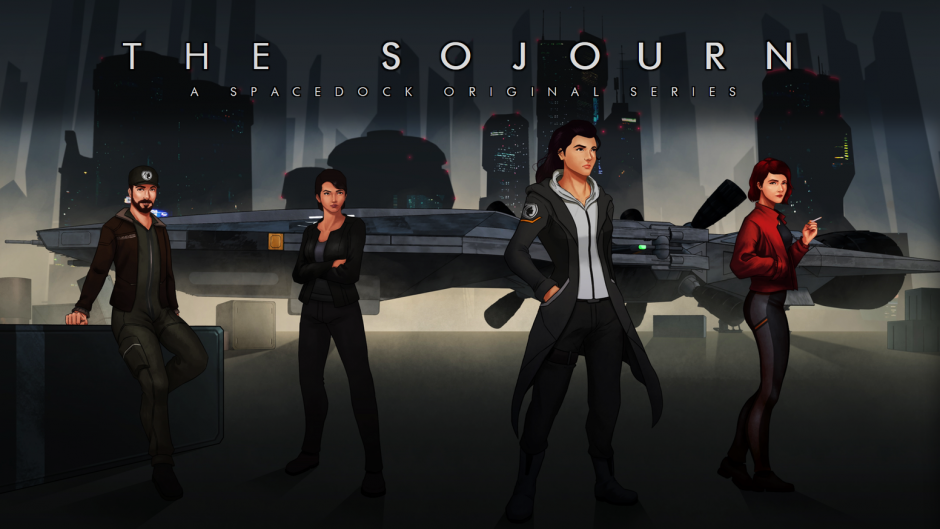 Welcome back to the next segment of our Sci-Fi Month! This week we’re covering “The Sojourn” an audio drama by Daniel Orrett!

The Tantalus Cluster is the fragile cradle of humanity.

Adrift in the divide between galaxies and surrounded by the vast emptiness of the intergalactic void, the Tantalus Cluster is the only home humanity has ever known. Desperate and facing starvation, humanity’s only hope is a strange nebula that has suddenly appeared beyond the edge of the cluster. Its shifting clouds may hide a source of salvation for the people of Tantalus, but time is running out. Signing on to the ambitious Avalon Expedition, Privateer Captain Cassandra Farren will face the shadows of both the past and future as she leads her small crew into the unknown in a last, desperate bid for the survival of the human race.

Directed and produced with careful scientific consultation, The Sojourn captures every detail of life aboard the ship, from the sounds of the smallest airlock seal to the largest space battle.

Featuring a full cast of veteran voice actors, backed up by high-quality sound effects and an epic original soundtrack, The Sojourn is a unique and striking audio experience.

To listen to the episodes and learn more about this audio production, follow the links to The Sojourn Website, Applebooks, Youtube and iTunes. And if you want to find more audio adventures, check out the Audio Arts page at Fictional Cafe for more stories, every other week at 7 EST! So don’t change that dial, we’ll see you soon!