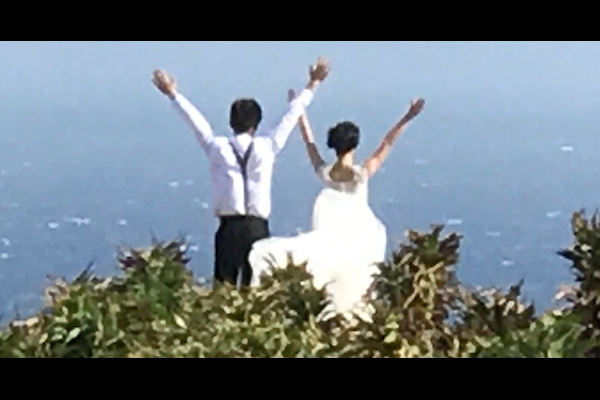 He said he was going into the den to pay some bills. He took his beer with him and kissed his girlfriend on the head and said he would back in time to go to bed. She did not say anything but she probably smiled. He went into his den and shut the door and went to his desk. It included pencils, paper clips, an old transistor radio he never used, tissues, a phone book. He sat for a while, sorting out all the paperwork, when his cellphone rang. It was her again. He had to answer.

“I’m…surprised you picked up. I’ve been trying to get you.”

They were treading worlds of the past and they were doing it too lightly to end anytime soon. There was a point to be made and one of them had to make it. Otherwise, he thought, this would never end, this would be the rest of his life, treading worlds.

“What kind of things?”

“Nothing important. What’s up?”

He heard her take a breath. This was a practiced speech. A little improv, but still practiced. She would not take long. She probably did not have much time. She had her chance and she went with it.

“I want you to come to my wedding.”

He fell deep into a tough silence. It was rough, like a bed of broken glass. He thought of what she would look like in a wedding dress. Could words—his entire book of moments, his memories of love—ever shape that picture just right? Would he be spending the rest of his night, his life, thinking of how she would prepare for such a day? He imagined, just quickly enough, a scene where her wide brown eyes are open—showing the universes in them—so that she can apply the right amount of makeup. Her bare skin, the chest, the arms, with the lace, her hair pinned and set. It hurt him. How could he lose someone so wonderful? Then he remembered who was in the living room, the other girl he loved, the girl he had now. So he spoke. He did not want to have this conversation go long.

He looked at the desk. His heart was pounding. Why did he care what she said? What did it matter? They were seeing other people now. Wasn’t it supposed to get easier, then?

He stammered out a reply before he could decipher if it was apropos or worthy enough. “I just . . . I can’t. I’m sorry. I don’t think it’s something I see myself doing.”

“Why not?” she repeated.

How did she look right now? He wondered. Was she wearing an oversized sweatshirt? Was her hair up or down? It pained him again to realize that he was lusting over a figure of his past, that the chair—or, in fact, the whole house—she was in was not nor ever would be a part of him, and the sadness bit him hard. The beauty, the insignificance of it all still made his heart pound, and he wished he was drinking water instead of beer.

There was a long pause. Then: “Is there something else you need to tell me? Something like, maybe the truth?” She said it so softly, it wrecked him.

“Listen,” he said, and then he realized that was all she would do. Even though she did not love him anymore, she would listen. His voice, unbeknownst to her, still brought her to somewhere, a place that only rain and warmth was allowed. But she could not let him know that.

She had to be alone. She wouldn’t talk so softly and prettily if her fiancé was in the house, he imagined. She was beautiful in a lonely house and he wanted to take advantage of such a great moment. Just the two of them, one more time, no one else. Just to hold her while he told her this next part. He felt she deserved at least that while the truth came bursting out.

“I don’t want to see you that beautiful.”

He was sure she gasped a little, sobbed maybe, but she held it together well enough. “I don’t get what you mean,” she said, when she totally did, and both of them knew it.

The way she said his name almost knocked him off his chair. He sat upright and nearly spilled his beer. “No, I can’t see it. Please. This is really tough to admit.”

She did understand. She was just being stupid and he didn’t want to give in. He wished he’d never come into his office. He wished he’d never taken the call. He wished that he had been given a much better skin, a much better face, and a different brain so he would have different problems than this, where he could love someone without even opening his eyes instead of looking all around and finding people who lied and said they loved him, who said that they would be around forever only to disappear as quickly as they had the chance to do so. He didn’t know what he was thinking anymore. But he knew who he was talking to, and he had to find an exit strategy.

“I can’t see you in that dress. Because I’m supposed to be the one having you in that dress. And I fucked it up. And seeing someone else get that reward isn’t right. I can’t do it. Watching you go to someone else is going to be the toughest thing I will ever have to do, and I’d rather go the rest of my life not seeing it. Not if I couldn’t have it. I need you to understand. The only way I want to see you that beautiful is if I can have you. And since I can’t, there’s just no point in going. I’m sorry.”

It was not the speech he wanted to give. Certainly there was a point in going. But it was the one that flowed out. It was too late. He held the final nail and there would be no more phone calls after this. The relationship they had previously, the friendship they’d tried to have after the fact, the quick texts and the festering desire to continue it within, it was going to end, finally, and instead of feeling nausea, he actually felt a solid wall of relief. He leaned back in his chair, finishing the beer, and wondered what world he was going to tread next. He thought he heard sobbing on the other end of the line, but knew better than to ask. He was riding out the storm. He finally did hear a little sob, and it hurt him a little, and he began to open his mouth to apologize, even though what he said was all truth.

“Then maybe you shouldn’t have fucked up, Kevin.”

And before he could respond, she hung up. The wedding planning would continue without him. Her life would continue without him. He let the phone drop and he wondered where he was going to go from here. For the first time in his life, he didn’t want to get up and walk to another room. He wanted to sit here and remember the conversation again and again, memorizing the words, to hear the musical lilt in her voice one last time.

“Who were you talking to just now?” A voice said from another room.

It was his girlfriend. He snapped out of his daydream and quickly turned on the old transistor radio he never used. It was all static. Much like everything else.

Kevin Richard White first appeared at the Cafe with another short story, “A Bowl of Peaches,” last year.  He’s the author of the novels The Face Of A Monster and Patch Of Sunlight. His work has been previously published by Akashic Books, Sundog Lit, Grub Street, Crack The Spine, Digging Through The Fat, Hypertext, The Hunger, Dime Show Review, Lunch Ticket, Aji Magazine and Ghost Parachute among others. This is his 30th published story. Kevin lives in Pennsylvania.

Previous postGhostographs: An Album by Maria Romasco Moore
Previous postTrick or Treat? Three Nights of Halloween Goodies for You